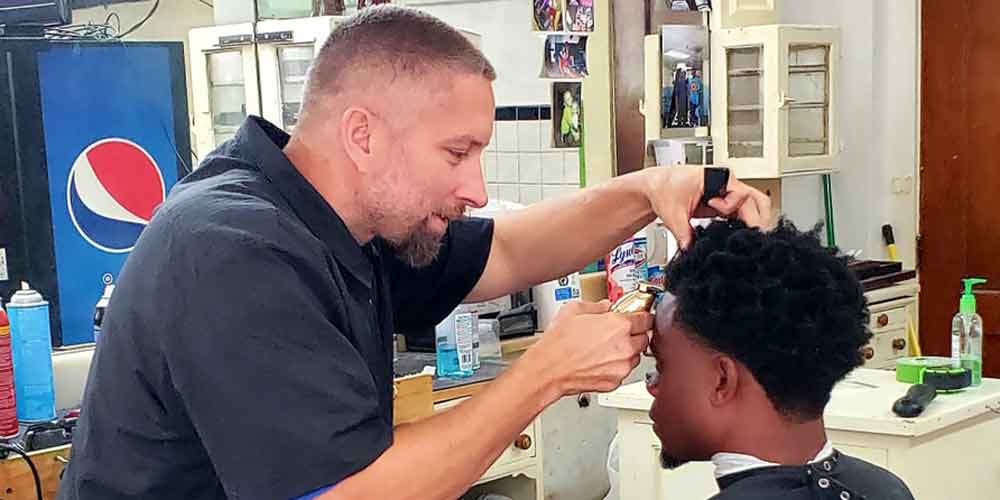 Danny Moats, a Staunton local, went into business for himself in 2009. Since then, he’s been cutting hair and building relationships at D. Moats Barber Shop. The shop was named favorite barber shop in 2019 Valley Favorites. Moats started doing hair in high school around 1989-1990. “I grew up drawing and doing art work,” he said. “It was like a form of art. I started doing that and then went from there.” He worked in local companies in Staunton and Waynesboro before he decided to go into business for himself. Now, D. Moats Barber Shop is celebrating 10 years of business. Moats said his favorite parts of owning his own barber shop are making the guys look good and developing relationships. “The barber shop comes with good conversations and joking around,” he said. “Good sports talk and sometimes even personal talks. People help me get through things and I help them get though things.” Moats grew up in Staunton. He attended and played sports at Robert E. Lee High School. He enjoys doing hair in his hometown and was honored to be named favorite barber shop. “It feels good to be voted number one,” Moats said. “It’s good customers helping me out and getting me the votes.” He said the trick to being a Valley Favorite is consistency. “Even though you run your own business, you have to be there the hours when you say you’re going to be there,” Moats said. “Be consistent when you’re running your own business.”


Celebrating the Valley’s
Best of 2019
The News Virginian
www.newsvirginian.com