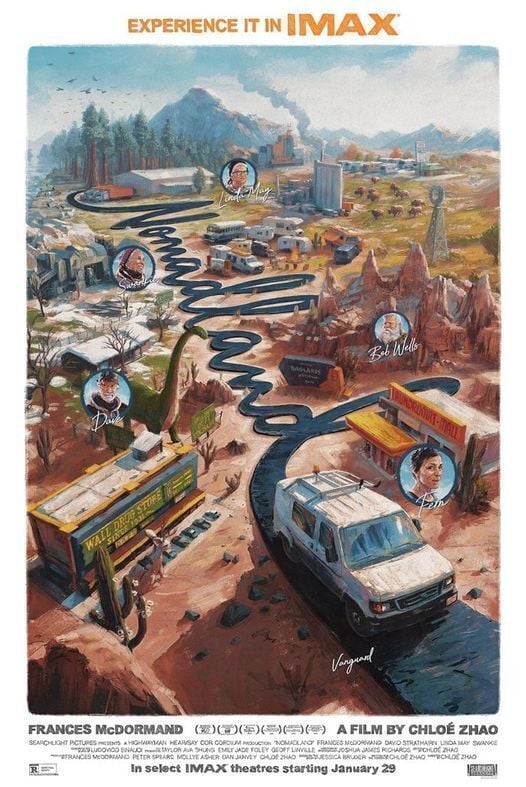 The “Nomadland” poster features the Midwest Theater and the Western Sugar Cooperative in Scottsbluff. 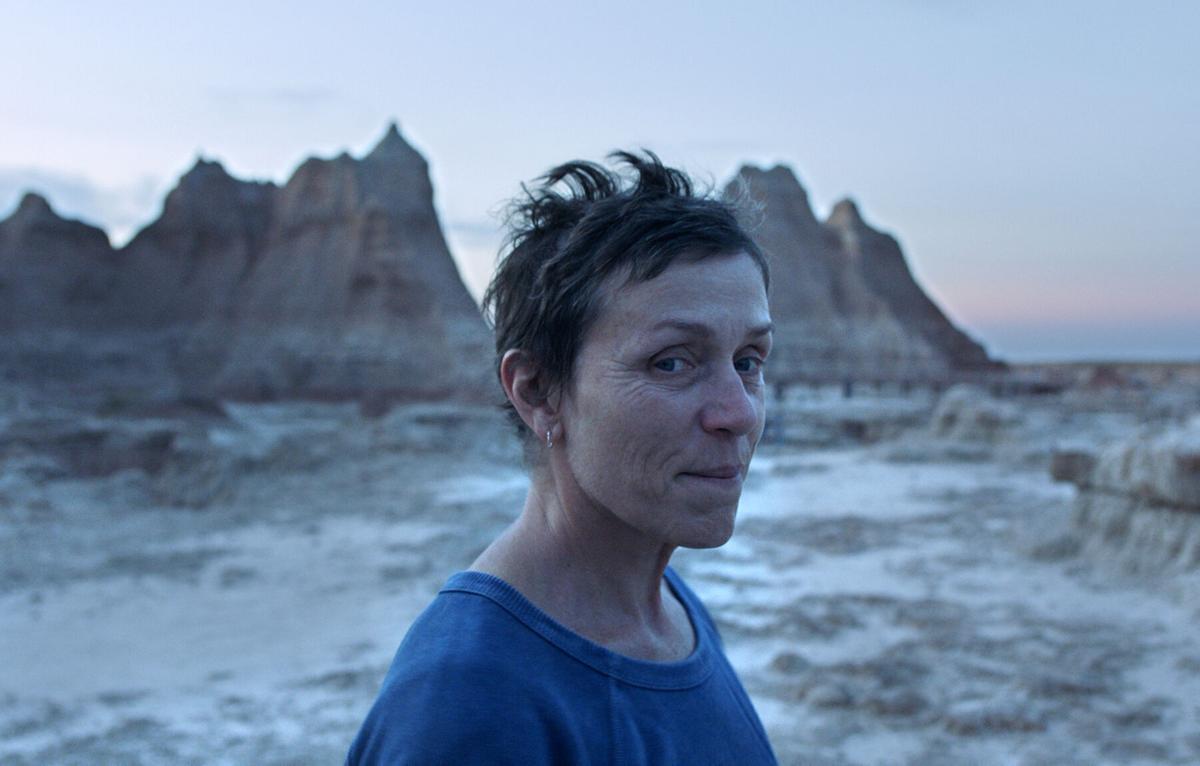 Frances McDormand in a scene from “Nomadland,"which win the Best Picture Academy Award on Sunday. McDormand and the movie’s crew filmed in Nebraska for several days.

“Nomadland" was nominated in six categories, winning three, with Frances McDormand, who produced the film, taking the Best Actress Oscar, and Chloé Zhao becoming only the second woman and first woman of color to be named Best Director.

Zhao has a career-long relationship with Nebraska that began in 2016 when she appeared at the Ross Media Arts Center for a screening of her first film, “Songs My Brother Taught Me,” a family story that was set in and filmed on the Pine Ridge Reservation.

Zhao returned to Pine Ridge for 2018’s story of a Native rodeo cowboy, “The Rider.” A few scenes in that picture were filmed outside Rushville and at Omaha’s QLI Rehabilitation Center.

For “Nomadland,” Zhao brought her traveling cast and crew to Scottsbluff, where they filmed for several days, shooting in front of the Midwest Theater, at a gas station and restaurant and, primarily, at the Western Sugar Cooperative sugar beet plant.

It's there that Fern, the film’s central character played by McDormand, takes a temporary job, processing beets.

The film brought McDormand back to the Scottsbluff area, where her husband, Joel Coen, and his brother Ethan filmed a segment of their 2018 anthology film, “The Ballad of Buster Scruggs.”

Scottsbluff once again in major movie spotlight with 'Nomadland'

“These stories we’re seeing that are coming to Nebraska, at that end of the state, they’re written into the screenplays,” said State Film Officer Laurie Richards. “We’re blessed in that regard. Those pictures are bringing a view of what Nebraska has to offer, especially in the west, which hasn’t been seen.”

“Nomadland” opened at the Ross on its national release day in February. But Zhao didn’t return to Lincoln to speak during the film’s month-long run.

“I didn’t even bother to ask her” said Ross Director Danny Lee Ladely. “I was in touch with her, and she’s working (another movie)."

Her new project is “Eternals,” a Marvel superhero picture starring Angelina Jolie and Salma Hayek that is set for release Nov. 5.

“Nomadland” is one of several Oscar-winning movies that have played the Ross since it reopened in August. The other films, and their awards, are:

* “Another Round,” Best International Feature.

* “If Anything Happens to You,” Animated Short.

Children of the Corn

Balls Out: Gary the Tennis Coach

Night of the Twisters

Matt Damon hopes Ben Affleck and Jennifer Lopez are back together

Staying in? We've got you covered

Get the recommendations on what's streaming now, games you'll love, TV news and more with our weekly Home Entertainment newsletter!

The day we honor mothers is almost upon us. For the occasion here are six great films about mothers.

Here's a look at the best movies of the 90s, according to IMDb and Metacritic scores.

Rounding up the Best and Worst Movie Moms on the latest 'Just to be Nominated' podcast!

Celebrate mother's day with a collection of some of the best and worst mothers on film with the latest 'Just to be Nominated' podcast!

The “Nomadland” poster features the Midwest Theater and the Western Sugar Cooperative in Scottsbluff.

Frances McDormand in a scene from “Nomadland,"which win the Best Picture Academy Award on Sunday. McDormand and the movie’s crew filmed in Nebraska for several days.