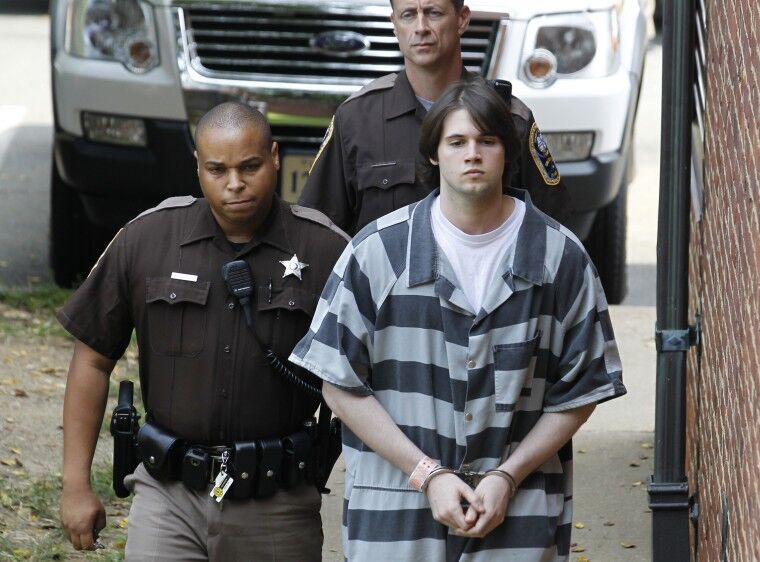 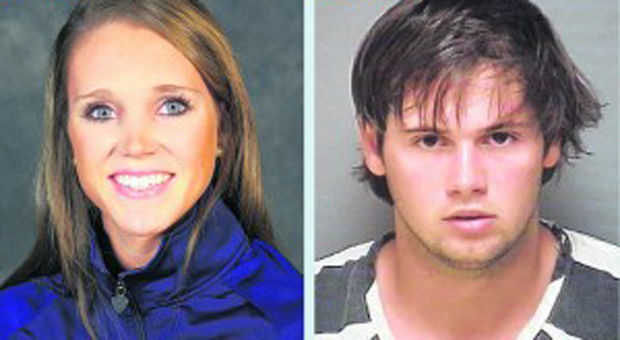 CHARLOTTESVILLE — George Huguely V will remain in prison after a judge denied of his latest attempt to seek early release.

During a virtual hearing in Charlottesville’s federal court Friday, counsel conducted an evidentiary hearing after his lawyers claimed that a dictionary was improperly consulted by the jury that convicted him of second-degree murder in 2012.

Huguely, a former University of Virginia lacrosse player, was found guilty in Charlottesville Circuit Court of killing Yeardley Love, a fellow UVa lacrosse player and Huguely’s on-again, off-again girlfriend. She was found dead in her apartment in May 2010, two weeks before she and Huguely were set to graduate.

In the years since the trial, Huguely has attempted to appeal the case several times, and in 2015, he appealed the case to the U.S. Supreme Court, which refused his petition for certiorari on his claim that the circuit court denied his right to counsel by forcing him to proceed in the absence of his retained counsel of choice.

With direct methods of appeal exhausted, counsel for Huguely in April filed a writ of habeas corpus — a court order demanding that the director of the Virginia Department of Corrections deliver a prisoner to the court and show a valid reason for the person’s detention. The writ, filed in the U.S. District Court for the Western District of Virginia, alleges a swath of Sixth Amendment violations. The Sixth Amendment guarantees the right to a speedy and public trial.

The filing argued that the court should vacate Huguely’s conviction and sentence or order an evidentiary hearing, the latter of which was granted. This attempt followed the denial of a writ of habeas corpus in Charlottesville Circuit Court in 2018.

During the Frida hearing, counsel for Huguely called upon a juror from the 2012 trial to testify about what she could remember about a dictionary being used during the original trial.

The juror, identified only by the initials K.C., testified that she recalled a dictionary being consulted, though she could recall few details about the book other than that it was bound and had been held by a different juror.

“There were a few questions about what the word malice meant and, just to be clear, a dictionary was asked for,” she said.

Expanding on that memory, K.C. said the dictionary was consulted to “clarify,” the meaning of malice and, when answering questions about previous affidavits, said she remembered the dictionary being held up and read from by a male juror with long hair.

K.C. was the only witness called during Friday’s hearing but was one of more than two dozen individuals deposed as part of the pre-hearing efforts. Along with K.C., all the jurors and all but two court deputies who worked the trial were asked about whether they remembered a dictionary being consulted; all answered that they did not, including the sole male juror with long hair.

“To you and I and to the lawyers in the case, a dictionary in the room is an extraordinary event and it is something that is surprising to us because it shouldn’t happen,” Sheldon said. “But I think my point here is it is not surprising to a juror. There is no reason to a juror that a dictionary should be prohibited or is unusual at all.”

Cullen said that he granted the evidentiary hearing because the state court had failed to adequately develop the record. With the record now well-developed, Cullen said he heard no credible evidence that a dictionary was used to define malice during the jury’s deliberations.

“Even assuming [K.C.’s] testimony is credible, she is simply and vastly outnumbered,” he said. “Three jurors are certain that there was no dictionary and the other eight have no recollection of a dictionary. The accounts of these witnesses are no less detail contained or fewer issues of reliability than [K.C.].”

Following Cullen’s findings, counsel for Huguely made a motion for certificate of appealability on the dictionary claim and on two previously dismissed ineffective counsel claims.

Huguely remains imprisoned at the State Farm Enterprise Unit in Powhatan County and is currently set for release in 2030.

The veterinary technicians at Waynesboro's Commonwealth Veterinary Clinic celebrate National Veterinary Technicians Week by reflecting on their careers and how they're teaching some of the next generation at Blue Ridge Community College.

As of Wednesday, the health department identified 44 cases with at least 26 hospitalizations and one death in the  hepatitis A outbreak at three Famous Anthony’s locations in the Roanoke Valley.

Riverside Shopping Center co-owner Larry Skillman says the area has been plagued for months, perhaps years, by people he describes as “drifters” and “homeless.”

Sheriff's officials said Halyna Hutchins, director of photography for the movie "Rust," and director Joel Souza were shot. The Santa Fe New Mexican reported Baldwin was seen Thursday outside the sheriff's office in tears, but attempts to get comment from him were unsuccessful.

Early voting for Virginians began on Sept. 17 and local residents have till election day, Nov. 2, to submit their in-person or mail-in ballots.

Stable Craft Brewing wins ‘Brewery of the Year in Virginia’

Stable Craft Brewing was awarded the 2021 Ordinary Award for ‘Brewery of the Year in Virginia’ by the Virginia Restaurant, Lodging & Travel Association at their annual Ordinary awards dinner and ceremony at the Richmond Omni Hotel on October 4.

A Chesterfield County man has been charged with the murder of his son, Eliel Adon Weaver, who was under the age of 5 and whose remains were found in a freezer at the family home last May.

A parent is petitioning the Virginia Department of Health to mandate COVID-19 vaccines for all eligible students and school employees, saying children have been put at risk and face disruptions to their education due to others’ choices.

The driver was charged with involuntary manslaughter and driving under the influence, police said.