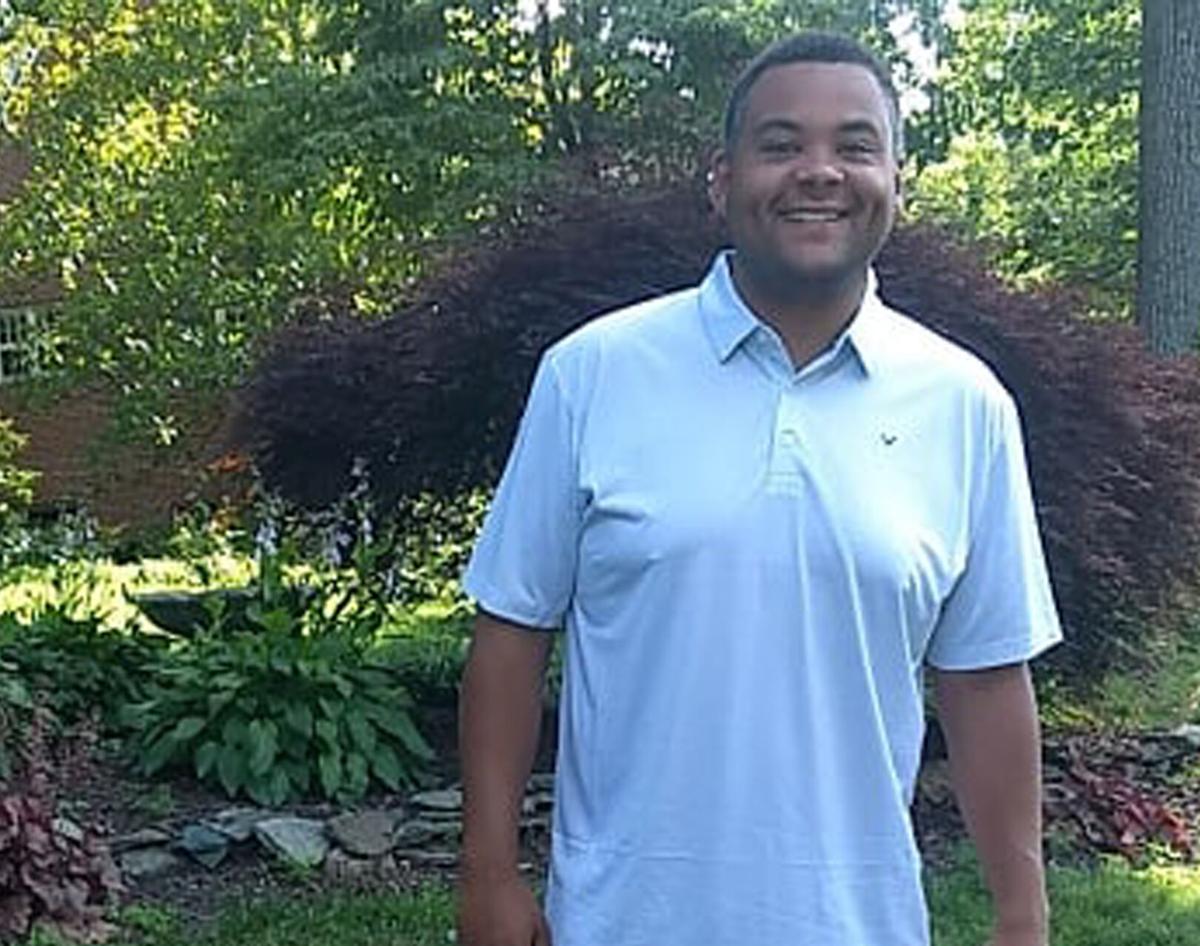 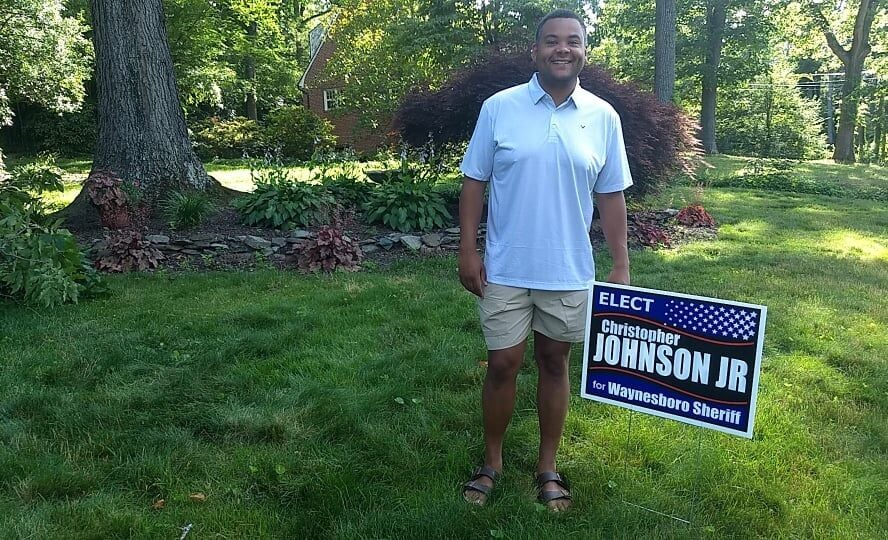 Since his first day with the Waynesboro Police Department, Chris Johnson has had one goal in mind.

This November, the 28-year-old will finally have his opportunity.

“Once I got into law enforcement, I knew at some point I wanted to run for Waynesboro City Sheriff.”

While attending Waynesboro High School, Johnson didn’t see himself in law enforcement as a police officer, but when some of his friends from the community began getting involved, his interests quickly picked up.

It wasn’t long until Chief Mike Wilhelm gave him his chance.

“I got hired right at the age of 21,” Johnson said. “Luckily, our chief took a chance on me — a kid born and raised in the city of Waynesboro.”

He’s a taser instructor and an ASP instructor, with how and when to use the equipment being just some of the main points he reviews.

Primarily, however, Johnson is a field training officer at the WPD.

“It’s my responsibility to teach them the Waynesboro Police Department way and also give them the knowledge that I know,” Johnson said. “Growing up here, I feel like I can teach them how to interact with the community a little better.”

Some of Johnson’s duties as a field training officer include grading and documenting recruits’ interactions on calls, maintaining both his and their safety in the field, and providing further teachings on how to perform better for the next time around.

Most importantly, he says, is keeping the community safe during this process.

Johnson does not have the final sign-off on a recruit, as those duties belong to the police chief. However, the chief, captains, sergeants and others on staff look to him and the other officers to provide the appropriate training needed for the community to earn more well-trained officers.

“They trust you to make that decision if that person’s responsible enough to be released on their own to be policing the community,” Johnson said.

Johnson said the Waynesboro community means everything to him.

“I’m a young kid that started from Parkway Village, one of the lowest income places in Waynesboro,” Johnson said. “My parents worked hard and showed me what hard work is and what you can do to achieve it.”

Dave Bourne, an insurance underwriter and general agent, is impressed with the young officer.

“I have known of Chris for about 7 or 8 years,” Bourne said. “I got to know him through my son who works with him at the Waynesboro Police Department.”

For Bourne, he’s impressed with Johnson’s drive, as most young officers in law enforcement enjoy their time working the streets and aren’t quite ready to step in to a civil position. To him, the fact that Johnson is already set to run for city sheriff before he even reaches the age of 30 “speaks volumes of his character and his maturity.”

His attachment and pride to the community is also clear.

“He has talked often about going through the local schools in Waynesboro and then graduating,” Bourne said. “He loves his job as a Waynesboro police officer. He loves the people in the community. I’ve never known him to be anything but a giver.”

Jim Wood, store manager of Nuckols Gun Works in Staunton, has also seen Johnson give back and serve his community over the years.

Even while at Waynesboro High School, he was already a leader.

His transition from student to officer further reflects on that.

“It seems like a perfect transfer into the community,” Wood said. “It really was kind of seamless … people of all ages really look at Chris the same way and he has always been somebody who has been open to help anybody and everybody. He’s just a really accepting guy.”

Regarding his young age, Wood understands he’s young yet doesn’t see it as a disadvantage.

Instead, he sees it as a reason to further support him.

“I think it’s a plus,” Wood said. “Sheriff is on the civil side of law enforcement, but it’s also a position of authority. He can bridge the gap to a lot of different folks.”

Like Wood, Johnson also sees his age as a unique characteristic for his campaign, as he has the chance to bring “humble, young, fresh eyes” into office.

Regardless of age, Waynesboro Vice Mayor Lana Williams trusts Johnson’s leadership and sees it as one of his strongest traits.

“Anytime you take on a leadership role or want to serve the community … you need to show strength of character and you need to be somebody who is approachable,” Williams said. “He checks all [of] those boxes.”

Williams also gave credit to Johnson’s leadership skills, but also his approachable personality, for the success in his career to this point.

“If he wins Sheriff, it’s great news, but it’s also sad that we lose him as an officer,” Williams said.

Should Johnson be elected, he wants to help the kids from Waynesboro’s low-income families and be a positive influence to them, showing them what hard work and dedication can really do. One way he wants to do this is through a new community outreach program through the Sheriff’s Department.

Being able to show the kids how the judicial system works in Waynesboro is just one goal, alongside explaining the differences in its courtrooms, what is the JDR court and circuit courts for are for, etc.

“Hopefully, I can grow it big enough where you have a sheriff that sits down in the courtroom to talk to you, a commonwealth, a judge, and then we can give you a tour of the courtrooms, tours of the judge chambers,” Johnson said.

According to Johnson, the Waynesboro Police Department already has a program similar to this but is hoping he can use his connections at WPD to create more programs in coalition between the two departments, such as a ride-along program.

It’s just one way he wants to give back to the town that raised him.

With COVID cases rising in Waynesboro, officials urge residents to get vaccinated

“I do have concerns [that] people are still resistant of the shot,” Council member Dr. Samuel Hostetter of Ward D said.

Several residents spoke out to Waynesboro council members over the $14.5 million set aside for Middle River Regional Jail in Staunton during Monday night's city council meeting.