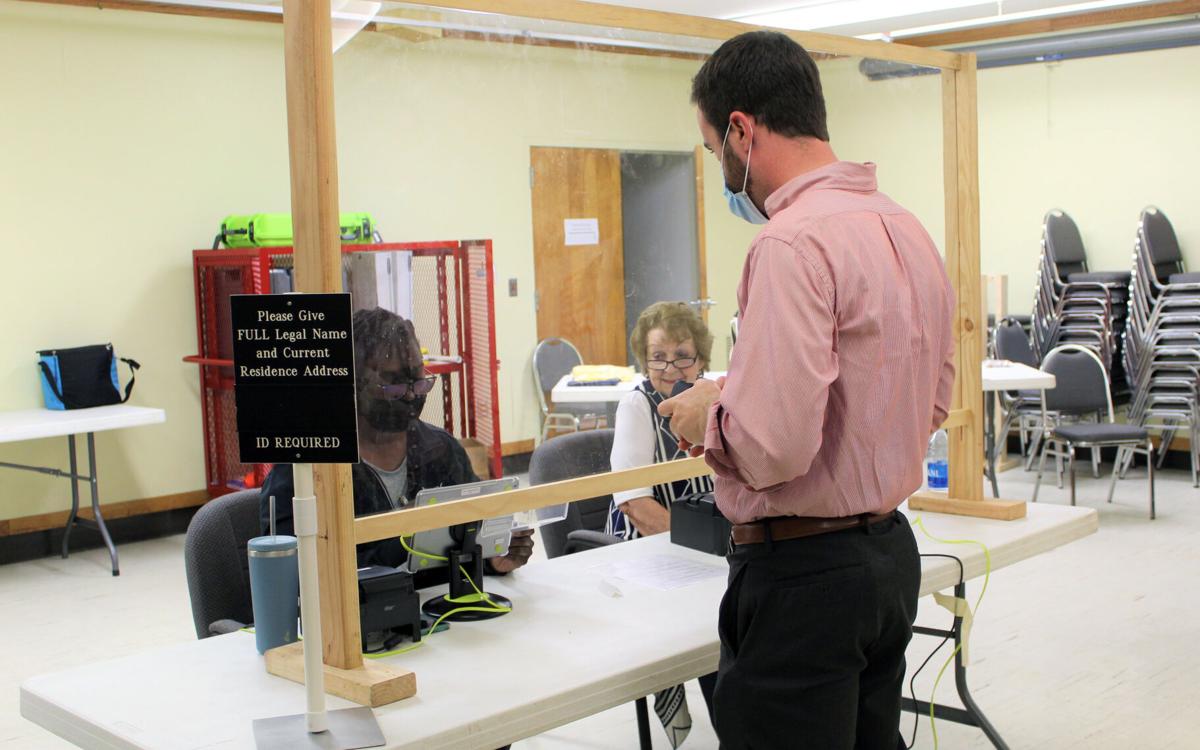 A voter checks in to cast a ballot in the Democratic Primary recently at Waynesboro’s Ward B location, the Waynesboro Public Library. 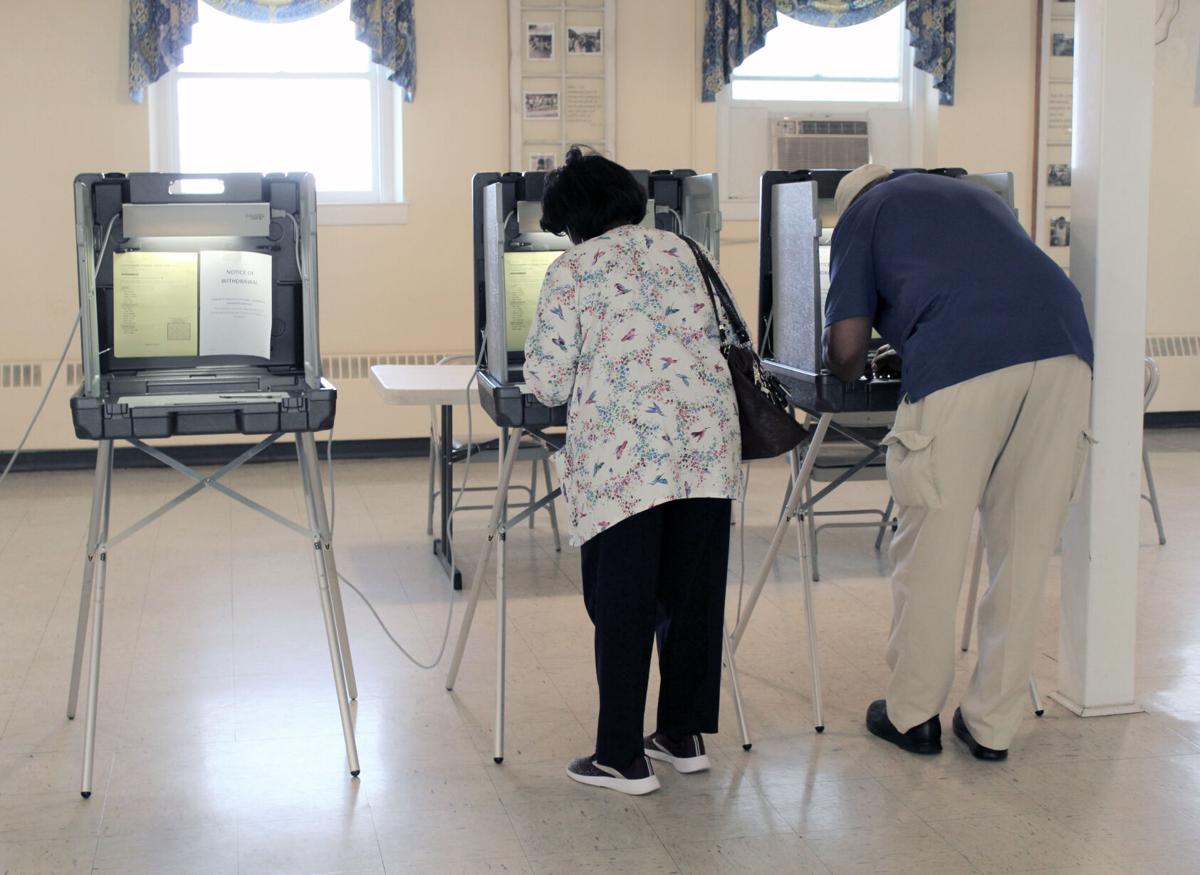 Voters cast their ballots in the Democratic Primary on Tuesday in Waynesboro’s Ward A at Basic United Methodist Church. 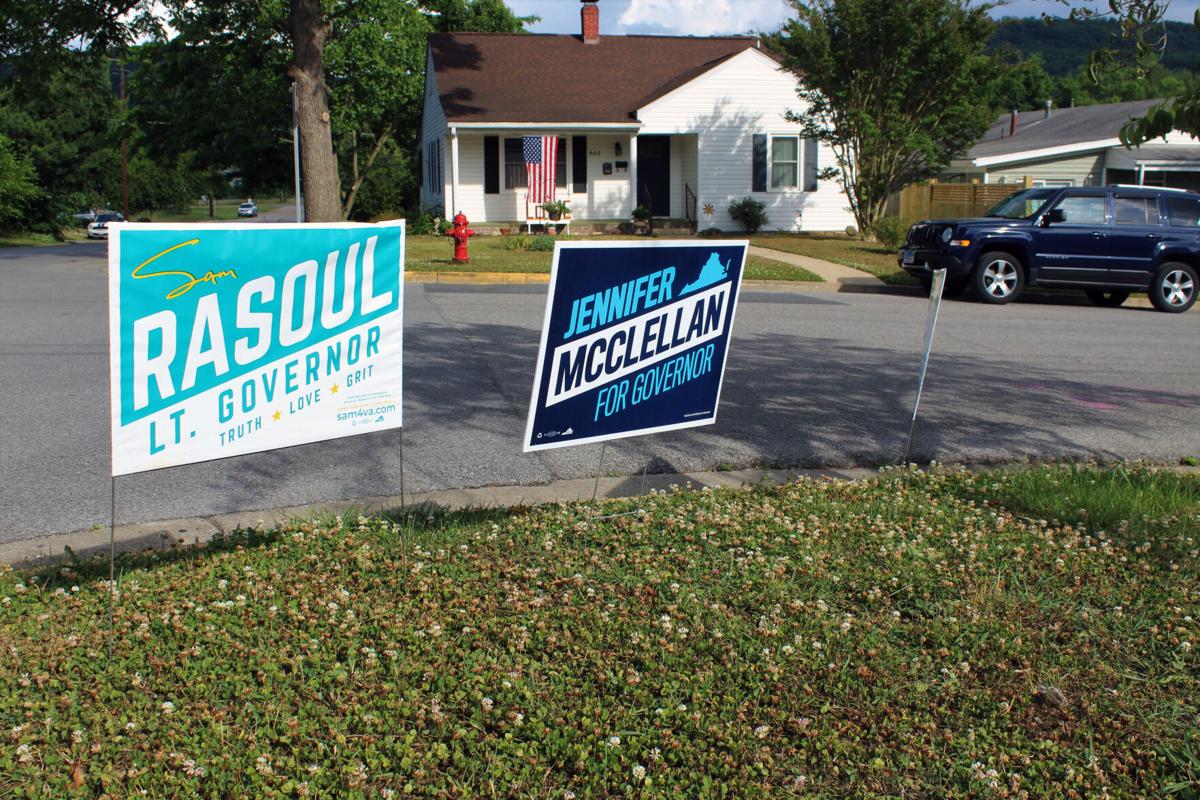 Signs for Democratic candidate for Lt. Gov. Sam Rasoul and Gov. Jennifer McClellan line the curb at Waynesboro’s Ward B location at the Waynesboro Public Library. 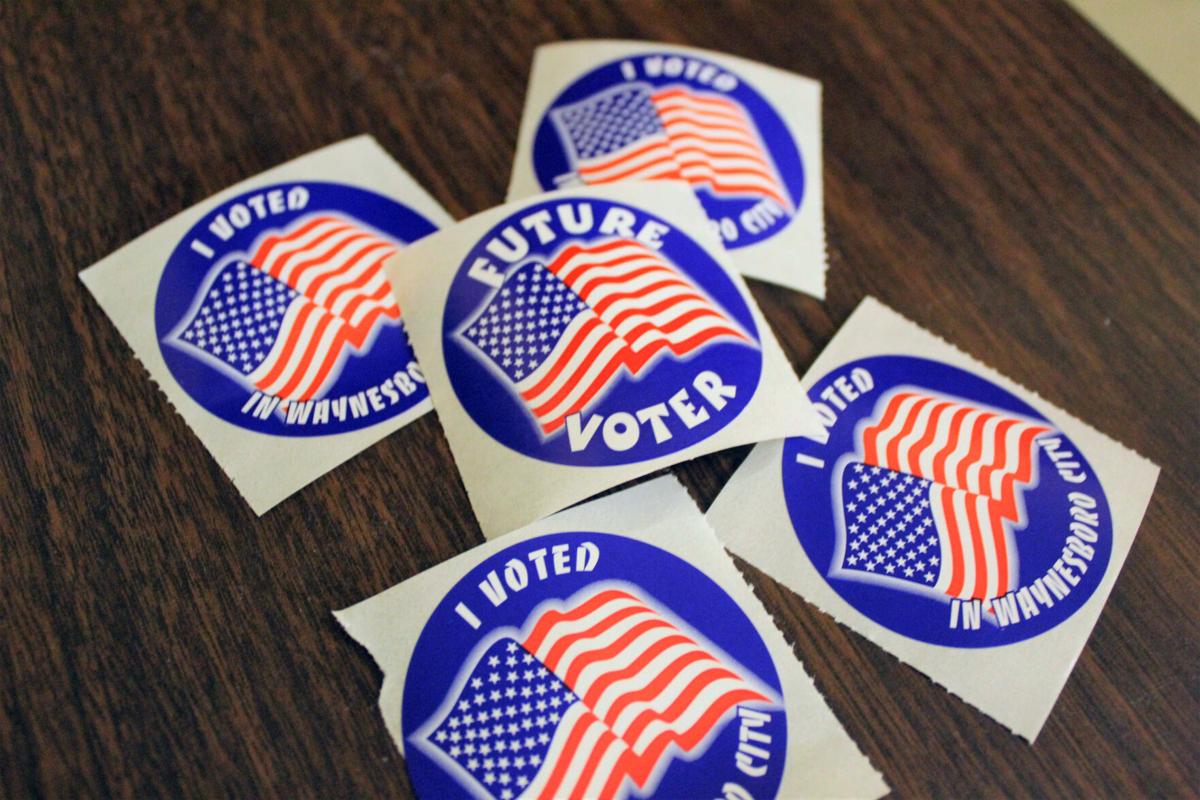 Voting stickers await those who cast their in-person ballots for the Democratic Primary on Tuesday in Waynesboro.

Republicans have already nominated 54-year-old Glenn Youngkin as their candidate, but the race for the Democratic ticket for Virginia governor, lieutenant governor and attorney general ended in Waynesboro on Tuesday in the city’s local Democratic primary.

Polling places were open to all residents from 6 a.m. to 7 p.m. and were located at four different locations, one for each Ward, throughout the city. Basic United Methodist Church hosted voters for Ward A, the Waynesboro Public Library for Ward B, Wayne Hills for Ward C and Westminster Presbyterian Church for Ward D.

To some, the draw to vote in the election was one of responsibility and pride as not just city residents, but as American citizens.

Retired Army veteran Andy Cruz stressed the importance of voting in the primary, not just for him, but for all in Waynesboro.

“It’s my civic duty as a citizen,” Cruz said. “If you want your voice to be heard, you want to make a difference in your community, in your city, in your town … this is your chance to come out and elect the people that [will] represent you properly.”

The same sentiment came from Anne Salembier, the Chief Election Official of Ward A, who also expressed the importance for city residents to put pen to paper and vote in the state election.

“I think we need to vote to show that we care and are interested in what’s going on in politics,” Salembier said. “I’d like to see more people come in because I think that’s their responsibility.”

For some in Waynesboro, they chose to do their civic duty prematurely and vote early. As previously reported by The News Virginian, as of May 28, more than 200 ballots had been requested.

Regardless of whether residents were voting early or in-person on Election Day, the importance was not lost on those who turned in their ballots. For Waynesboro resident Marie Maffey, the collective voices of small communities make just as big of an impact on state elections as larger ones.

“More equity in the justice system” is just one of several progressions she’d like to see occur in the state, but to see it happen, the votes have to start right here.

“We just have to vote, no matter what,” Maffey said. “It all starts with the small election. You get to determine who gets on the ballot and then who represents you in your ‘small’ issues.”

Regarding ballots for a Democratic primary, the last ones cast for such an election in Waynesboro prior to this year was back on June 13, 2017. The battle for governor four years ago took place between then-Lieutenant Gov. Ralph Northam and his opponent, Tom Perriello.

In Waynesboro, the race wasn’t even close, with Perriello receiving more than double the votes of Northam. Although Northam would eventually become governor, in Waynesboro, he lost by a cumulative vote of 324 to Perriello’s 730 votes as Perriello handily won all four Wards.

In the 2017 race for lieutenant governor, it was a three-way contest between Justin Fairfax, Gene Rossi and Susan Platt. Similar to Northam, Fairfax would win the state race for office, but not Waynesboro. The city voted 52.16% in favor of Susan Platt, with Fairfax coming in second and Rossi far behind in third.

Here in 2021, the number of candidates to vote for in both the governor’s and lieutenant governor’s races either doubled or more-than-doubled since the last Democratic primary.

After the polls closed Tuesday, the city released the unofficial results.

The overall turnout for the city was “very light,” with just 887 of the city’s 14,853 registered voters showing up at the polls, said Waynesboro General Registrar Lisa Jeffers.

“We didn’t quite get 6%,” said Jeffers, who called the small turnout “typical.”

In the race for governor, Terry McAuliffe received the most votes of any candidate on the entire ballot with 503 in total. With the second-most votes for governor was Jennifer D. Carroll Foy with 189. Jennifer L. McClellan received the third-most votes with 131, while Carter received 34 and Fairfax received 24. Statewide, McAuliffe easily won a chance to seek a return to the Executive Mansion.

In the race for lieutenant governor, Sam Rasoul received more than two times the votes of all other candidates — 398 in total. Hala Ayala earned 160 while the other five candidates on the ballot each failed to earn 100 votes.

Lastly, the race for attorney general between Herring and Jones was the closest. Herring currently leads with 526 votes, while Jones trails at 387.

According to Elizabeth Bouldin-Clopton, Waynesboro City Electoral Board Chair, while in-person voting has ended, absentee ballots that are received following Election Day through noon on Friday will still be counted so long as they’re postmarked with Tuesday’s date or an earlier one.

Regardless of who takes new leadership positions in Virginia, Salembier hopes those elected are willing to “get along” for the good of both the people of Waynesboro and the state of Virginia.

“I think we need more bipartisanship,” she said. “To me, it’s about the people all together — not one side or the other.”

The next Virginia gubernatorial election will take place Nov. 2, 2021.

A voter checks in to cast a ballot in the Democratic Primary recently at Waynesboro’s Ward B location, the Waynesboro Public Library.

Voters cast their ballots in the Democratic Primary on Tuesday in Waynesboro’s Ward A at Basic United Methodist Church.

Signs for Democratic candidate for Lt. Gov. Sam Rasoul and Gov. Jennifer McClellan line the curb at Waynesboro’s Ward B location at the Waynesboro Public Library.

Voting stickers await those who cast their in-person ballots for the Democratic Primary on Tuesday in Waynesboro.