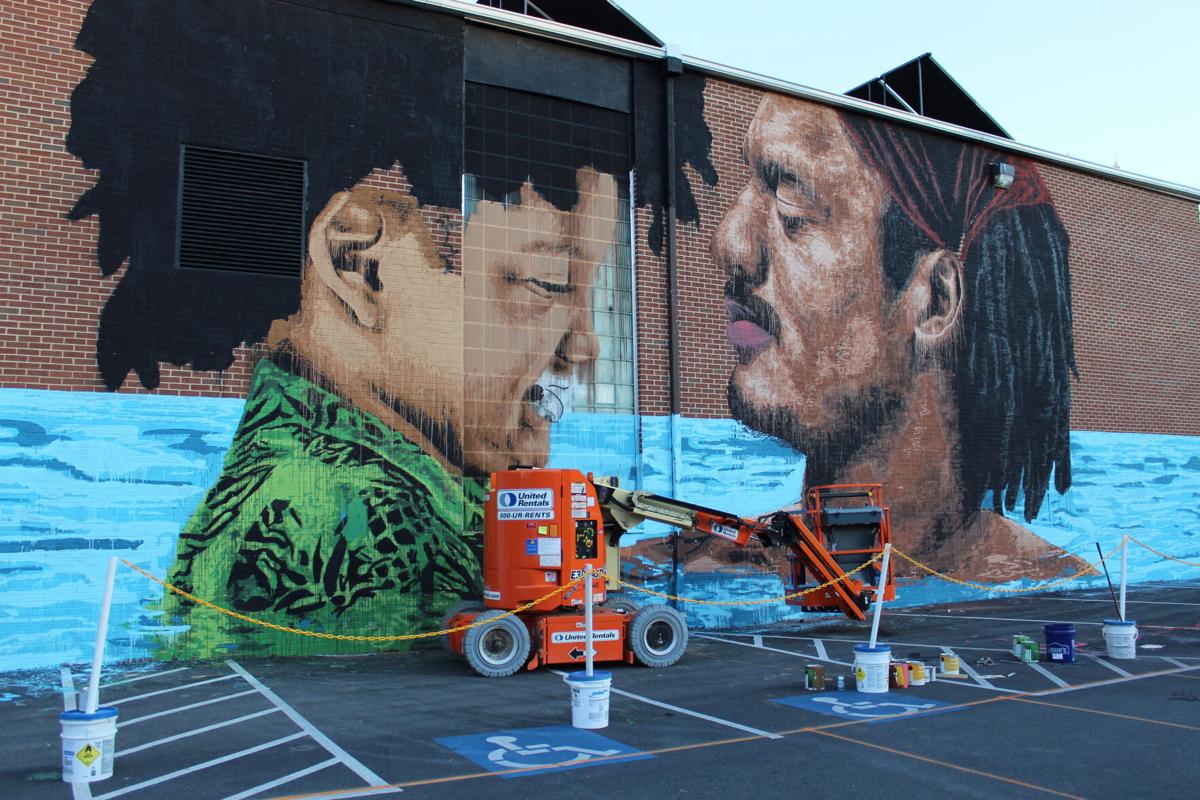 Richmond-based artist Nils Westergard is working on a mural on the front of the Waynesboro YMCA for the 7th annual Waynesboro Street Art Festival on Sunday. This year’s mural theme is aquatics. 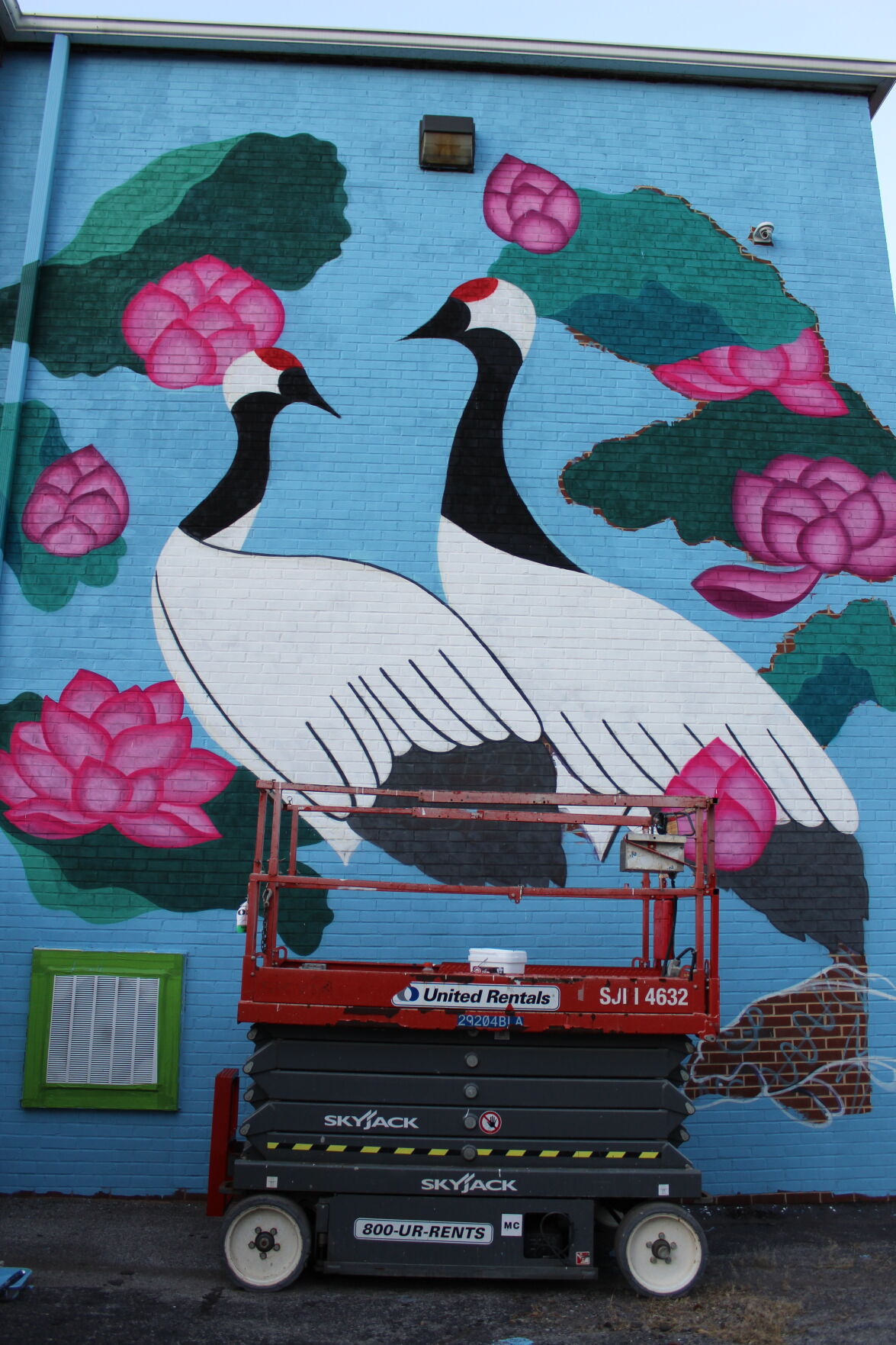 Vienna-based artist Julia Chon is working on a mural on the side of the Waynesboro YMCA for the 7th annual Waynesboro Street Art Festival on Sunday. This year’s mural theme is aquatics. 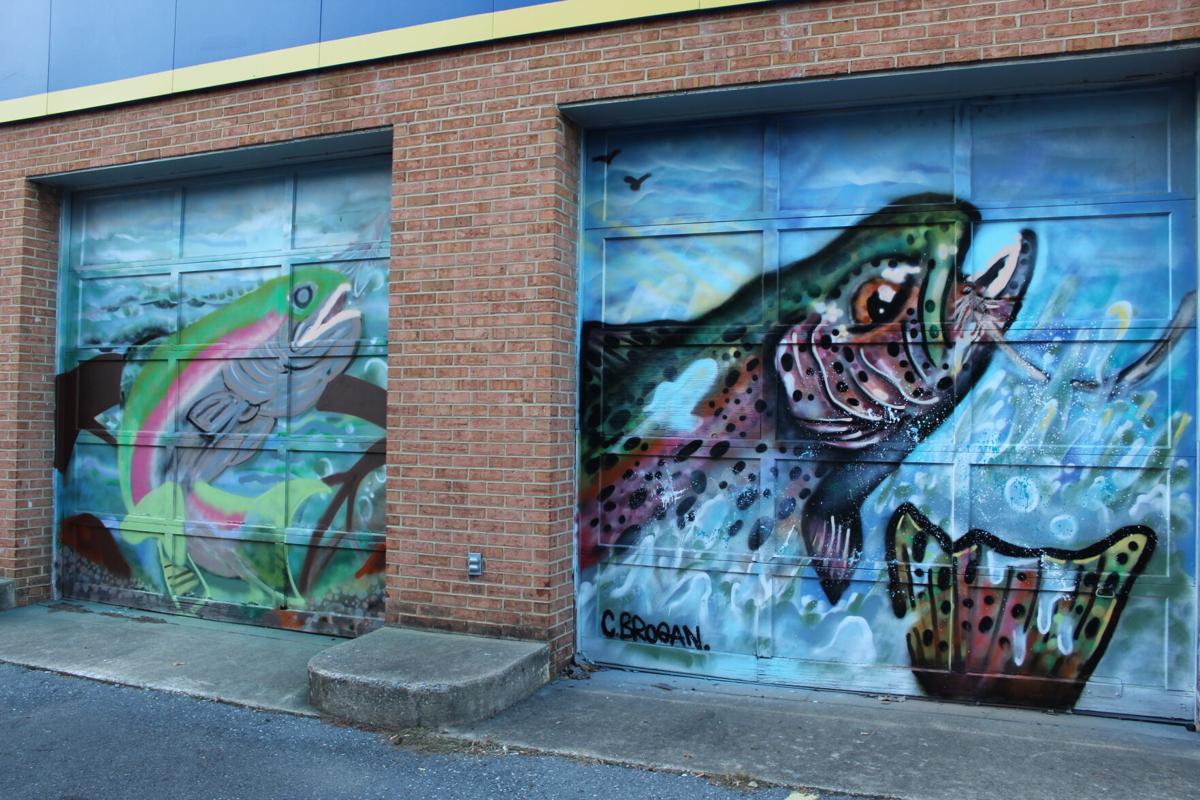 Artist Cody Brogan painted a mural on the garage doors of the Royal Mart gas station near the Waynesboro YMCA for the 7th annual Waynesboro Street Art Festival on Sunday. This year's mural theme is aquatics.

Waynesboro residents might have noticed a few new murals popping up along South Wayne and Arch Avenues — and the community will have a chance to help paint a mural of their own at the 7th annual Street Art Festival on Sunday.

In preparation for the festival, three artists have come to Waynesboro to paint the murals which all have an aquatic theme this year. Richmond-based artist Nils Westergard and Vienna-based artist Julia Chon are painting theirs on the Waynesboro YMCA building, while artist Cody Brogan is painting the garage doors at the Royal Mart gas station across the street.

Westergard, Chon and Brogan have all painted murals in the city before. Westergard’s 2019 mural on the former ice plant received worldwide recognition last year. Chon painted the mural near Constitution Park, while Brogan painted the mural at the North Commerce location.

On Sunday, festival attendees will be able to fill in a paint-by-numbers mural along 50-feet of fence line at the Waynesboro YMCA.

“Anyone who is an art enthusiast or a kid at heart is welcome to come out there,” event volunteer coordinator Liz Hogan said. “There will be paint sets so no one has to share brushes. Everything will be COVID responsible as far as wearing masks and having social distancing in place.”

All four murals are aquatic themed this year in support of conservation for the South River, as well as to highlight the YMCA’s efforts to encourage swimming literacy in the community. This is the first year the artists were given a theme, but they had creative control on their designs.

Waynesboro YMCA executive director Jeff Fife said the Y is thrilled to be part of the festival this year.

“With our connection to the greenway, Julia’s work facing the river really connects those walking along the riverbanks to the art on our wall. The Y also is committed to making our community water safe and teaching every student by 2nd grade to learn to swim and protect themselves from drowning,” Fife said.

Westergard’s mural, located on the front of the Waynesboro YMCA building, features a Black father and daughter playing in water. Chon’s, located on the side of the building, depicts two swans. Brogan’s at the Royal Mart gas station shows two fish.

“Having an aquatic theme as the mural on our exterior pool wall was perfect. Minority children are five times more likely to drown, so showing a father and his daughter in the water is an excellent connection of the goals of our organization and the beautification of the city,” Fife said.

In addition to the art, activities will begin at noon on Sunday at the YMCA. Beginning at noon, the Waynesboro YMCA Teen Comedy Show & Improv group will perform, followed by the Old Dominion Performing Arts Dance Group at 1 p.m. At 2 p.m., the adult Improv & Comedy group will take the stage, and at 3 p.m. the Charlottesville Community Drum Circle will perform.

» Online: See a full schedule of events and purchase tickets on eventbrite.com or visit "Virginia Street Arts Festival at Waynesboro" on Facebook

On the YMCA’s back lot, a number of physical activities will be available through the afternoon including a soccer clinic, pound class and a 1-mile youth run. Inside, socially distanced pool games and pumpkin float will take place.

The highlight of the evening will begin at 5 p.m. when The Mighty Good Times, a Richmond-based rock and folk band, will provide live music. A limited number of tickets are available to reserve seating in the beer garden. General admission to the festival is free.

The Fishin’ Pig food truck and Smiley’s ice cream will be onsite with Stable Craft Brewery.

The festival was first founded in 2013 by Ian MacRae, president and CEO of E-N Computers, when MacRae invited street artists to paint his North Commerce Avenue building. The festival has grown since then, Hogan said, and organizers are looking forward to the 2020 event.

“We are delighted to be able to do this,” Hogan said. “We’ve had so much going on and hopefully we can come out, feel good about it, and at the same time enjoy some music and art together.”

The veterinary technicians at Waynesboro's Commonwealth Veterinary Clinic celebrate National Veterinary Technicians Week by reflecting on their careers and how they're teaching some of the next generation at Blue Ridge Community College.

Stable Craft Brewing wins ‘Brewery of the Year in Virginia’

Stable Craft Brewing was awarded the 2021 Ordinary Award for ‘Brewery of the Year in Virginia’ by the Virginia Restaurant, Lodging & Travel Association at their annual Ordinary awards dinner and ceremony at the Richmond Omni Hotel on October 4.

The driver was charged with involuntary manslaughter and driving under the influence, police said.

With the help and encouragement of her parents and school, 15-year-old Amelie Candelier led her classmates and friends out in a walk to raise awareness for Lupus on Saturday morning in Waynesboro.

Have you ever wondered about the painted quilt-like squares hung on outdoor buildings and barns in Augusta County?

The late-morning sprinkles weren't an ideal start in the return of the 50th annual Virginia Fall Foliage Art Show, but they weren't going to stop artists from displaying their work or the attendees who were looking to buy it .

A critical part of Waynesboro’s economic future could receive a boost from a state grant.

Dr. William A. Petri, an immunologist at the University of Virginia School of Medicine, answers this week’s questions from readers on COVID-19.

Carol Turrentine, of Middlebrook, envisions a barn quilt trail telling the stories of the county as well as increasing tourism and interest in the community.

Richmond-based artist Nils Westergard is working on a mural on the front of the Waynesboro YMCA for the 7th annual Waynesboro Street Art Festival on Sunday. This year’s mural theme is aquatics.

Vienna-based artist Julia Chon is working on a mural on the side of the Waynesboro YMCA for the 7th annual Waynesboro Street Art Festival on Sunday. This year’s mural theme is aquatics.

Artist Cody Brogan painted a mural on the garage doors of the Royal Mart gas station near the Waynesboro YMCA for the 7th annual Waynesboro Street Art Festival on Sunday. This year's mural theme is aquatics. 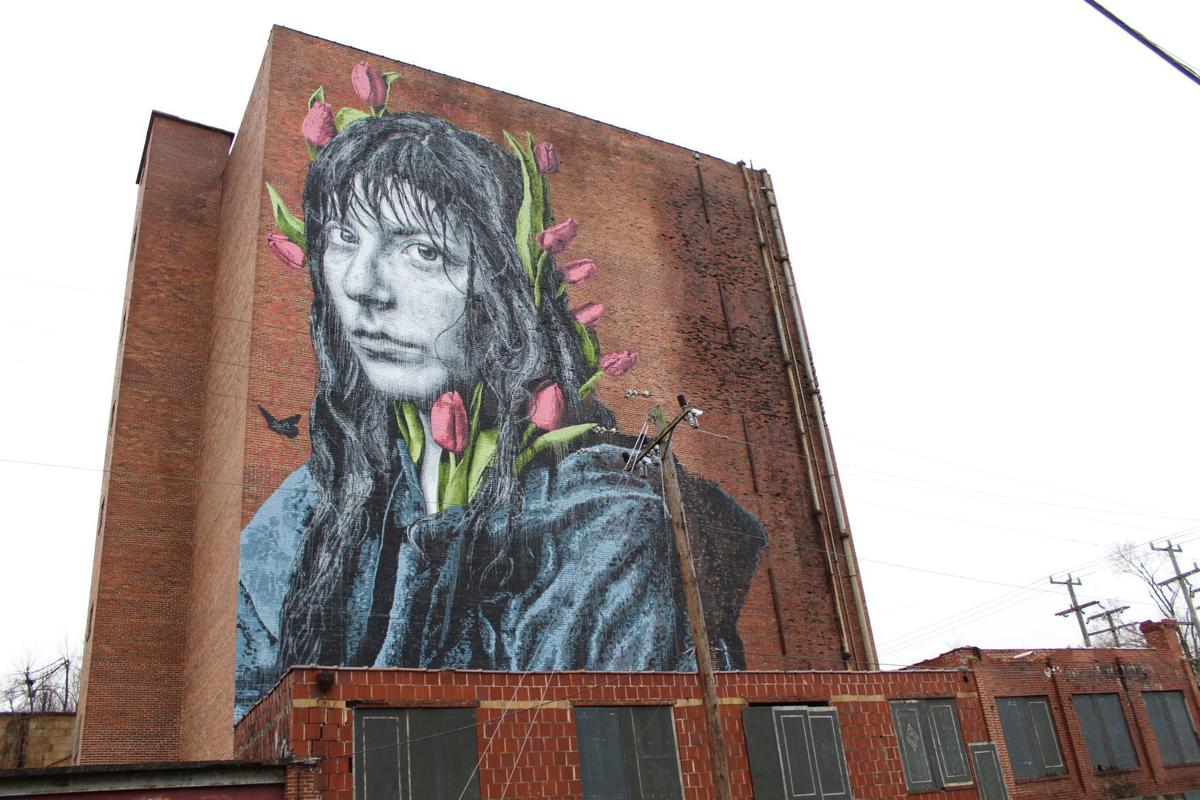 A mural that Nils Westergard painted on the old ice plant building in Waynesboro in 2019, pictured from the corner of Race Avenue and Short Street, was named the No. 1 mural in the world by StreetArt360 last year.