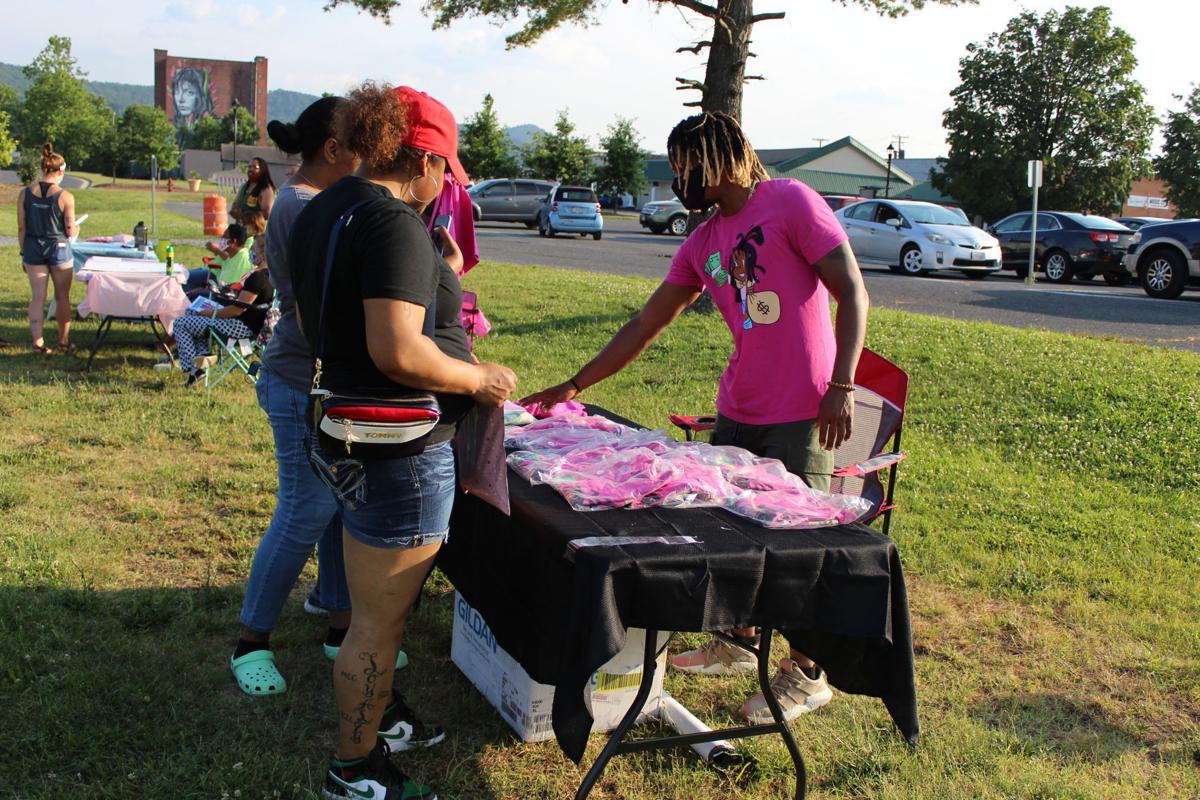 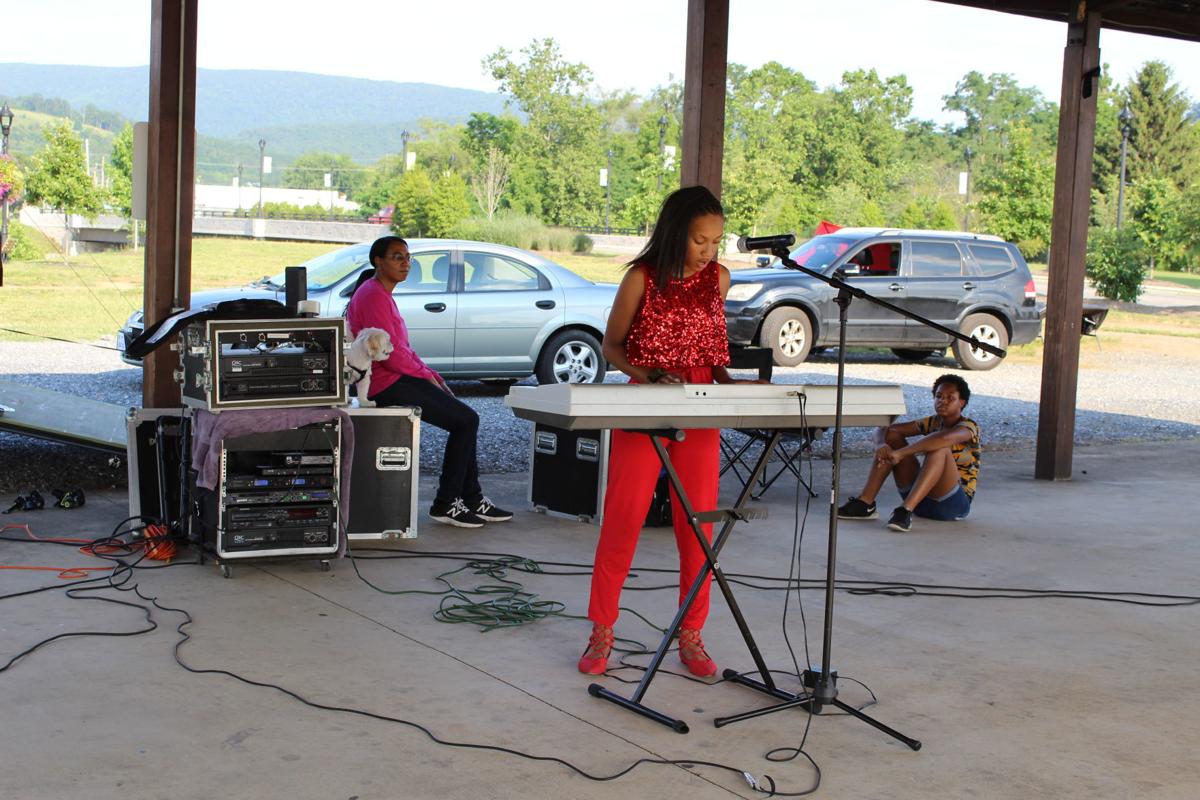 Jazaelah Durrette performs a Sam Smith’s “All of Me” during a community Black Out Expo on Tuesday, July 7, 2020, in Waynesboro’s Constitution Park pavilion. 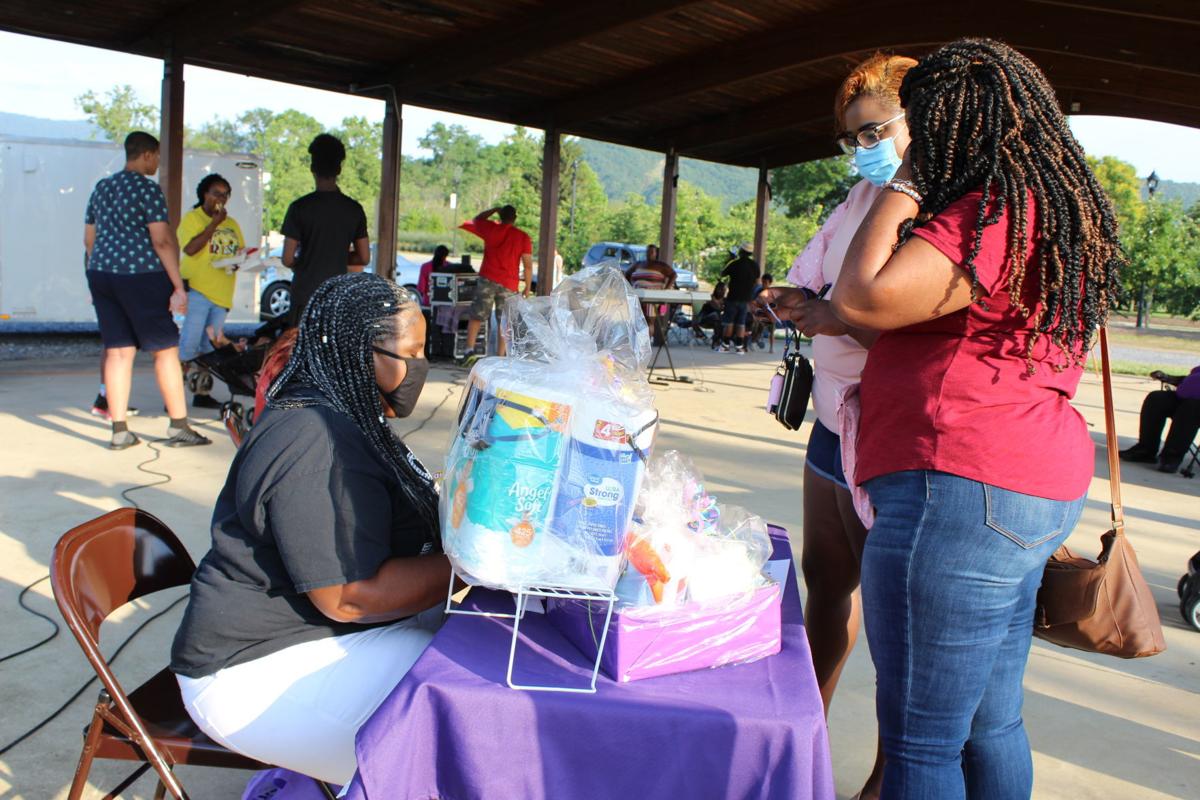 About a dozen Black-owned businesses and organizations set up booths during a community Black Out Expo on Tuesday, July 7, 2020, in Waynesboro’s Constitution Park pavilion.

Event organizer Gyra Carter said the idea for Tuesday’s event began with something for local children to do, but quickly evolved to include Black-owned businesses. Black Out Tuesday’s goal is to highlight the economic power of Black Americans.

“Kids are important to me, so I just wanted to make sure that community kids could come out,” Carter said. “That’s where it all started, and then it just turned into, ‘Why don’t we have businesses come out?’”

Although this was the first Black Out Expo in Waynesboro, Carter said she hopes to make it an annual event with a larger turnout in the future.

Fellow organizer Dewan Bellamy agreed a larger turnout would be nice, but said events like this need to happen more frequently than once a year. The 28-year-old said local Black businesses and small businesses in general need the community’s support more than ever.

“We wanted (Black-owned businesses) to get out and make their faces familiar in the community that way they can receive more support whether it’s through social media or in person,” said Bellamy, who’s also president of the Black Panther Organizer of Waynesboro. “It’s not as big as I thought it would be, but I think we made our message.”

“I figured it was a good way to connect with my peers, and it’s a great cause,” Waters, 40, said. “If we don’t start (supporting Black-owned businesses), we aren’t going to exist.”

Supporting fellow Black-owned businesses was the reason Hugh Mulzac, also known as hip-hop artist Hugh Hundo, attended Tuesday’s event with his Virginia Rich Clique brand t-shirts. But supporting the Black community in a time when conversations across the U.S. unfold over racial inequalities and police brutality means even more to the 35-year-old business owner and artist.

“Besides all this, the tone of the country right now is very near to my heart because I feel for the people who go through struggles. This is Black people’s moment, but at different times in this country it’s always somebody else — whether it be gay people, Black people, Latino people, Arabic people. There’s always somebody being ostracized and marginalized,” Mulzac said. “I just want to be able from this point forward to stand up for people that look like me and also people that don’t look like me who go through those same ordeals. Being here today means that I get an opportunity to see other people do the same thing I’m trying to do — build, grow and be entrepreneurs. It gives me encouragement, and I hope I encourage other people to do the same.”

Senior royals walk in the Duke of Edinburgh's funeral procession

A ceremony is scheduled for Saturday, May 15, beginning at 9 a.m.

Waynesboro School Board approves calendar for next year

The Waynesboro School Board on Tuesday unanimously approved the academic calendar for the coming school year.

Waynesboro councilmembers heard from a dozen city residents on Monday night both for and against the proposed 90 cent tax rate for fiscal year 2022.

A 20-year-old Waynesboro man is facing several drug charges after a teenager died from a drug overdose.

The Augusta County and Staunton Public Libraries will reopen for "Grab & Go" services on April 26. Waynesboro Public Library opening date not yet set.

Staunton man arrested for solicitation of a minor

A Staunton man was arrested Friday after a week-long undercover investigation by the Augusta County Sheriff's Office.

Virginia, school districts say no, so parents staging their own proms for high schools in Henry, Patrick counties -- out of state

Virginia pandemic restrictions make it impossible to hold a traditional state prom -- so parents are crossing the state line to do it themselves.

A Roanoke man died Saturday on Interstate 81 after a head on collision in Augusta County.

Jazaelah Durrette performs a Sam Smith’s “All of Me” during a community Black Out Expo on Tuesday, July 7, 2020, in Waynesboro’s Constitution Park pavilion.

About a dozen Black-owned businesses and organizations set up booths during a community Black Out Expo on Tuesday, July 7, 2020, in Waynesboro’s Constitution Park pavilion.