Back to homepage
Subscriber Login
Please subscribe to keep reading. You can cancel at any time.
Loading&hellp
You are the owner of this article.
Edit Article Add New Article
You have permission to edit this article.
Edit 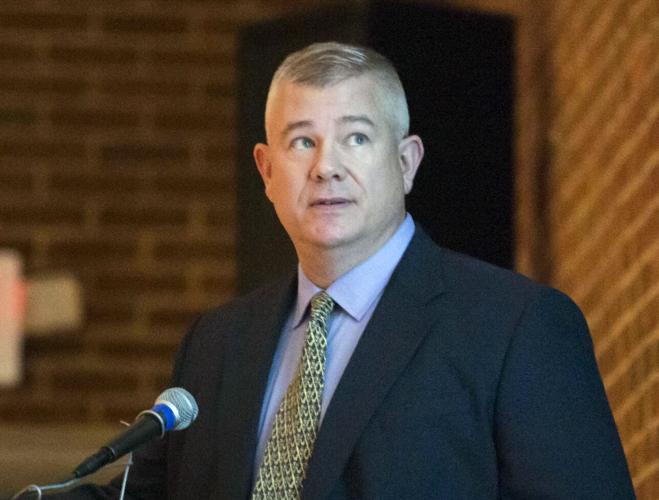 Former Waynesboro Police Capt. Mike Martin speaks about the area’s drug problem during the regional drug forum, Taking Back our Community, in 2016. Martin is suing the city and Waynesboro and Augusta County law enforcement over wrongful termination. 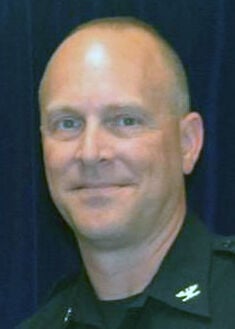 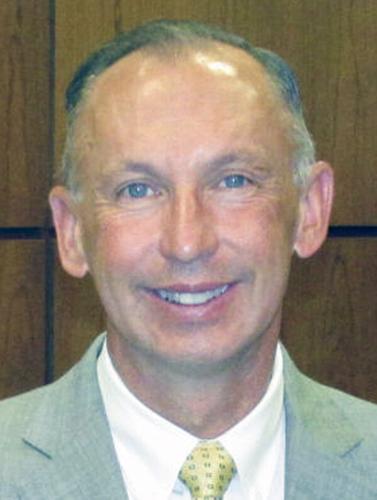 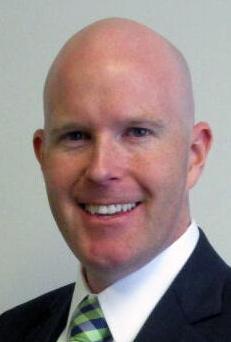 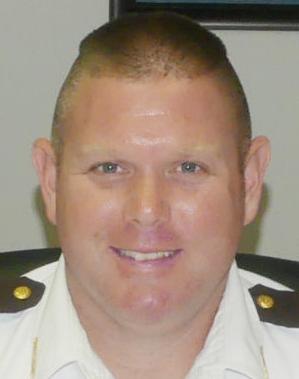 A former Waynesboro police officer who oversaw drug investigations is suing the city and Waynesboro and Augusta County law enforcement, seeking reinstatement to the police department and millions in damages over wrongful termination.

Martin, who attorney Barry Montgomery of Richmond represents, seeks a jury trial in Waynesboro Circuit Court. He is asking for $1.5 million in compensatory damages and $350,000 in punitive damages. He is also asking for treble damages, which a jury would determine. The former Waynesboro police officer also wants to be reinstated to his former position as a captain in the police department and receive attorneys’ fees.

The lawsuit alleges three counts of wrongful termination and a separate allegation of a conspiracy by defendants Wilhelm, the city of Waynesboro, Ledbetter, Smith and Commonwealth’s Attorney Martin to “injure plaintiff Martin in his reputation and profession as a law enforcement officer.”

The civil conspiracy allegation further states that Martin “has suffered and continues to suffer injury and damages to his reputation and profession as a law enforcement officer and has incurred attorney’s fees and costs.”

The former police captain said he was retaliated against by Smith and Commonwealth’s Attorney Martin and an Augusta Sheriff’s investigator because he witnessed and reported wrongdoing by them. He reported the behavior to the Virginia State Police.

Martin’s complaint says he was asked to rebuild a local drug task force, the Skyline Drug Task Force, at the request of Wilhelm. The regional task force involved Waynesboro and other area jurisdictions, including Augusta County and Staunton. Waynesboro is no longer a member of the task force.

The complaint says the Waynesboro Police Department committed significant resources to the task force and made inroads on the flow of methamphetamine and other drugs into the area in 2016. But Martin said he encountered numerous difficulties in his relationship with Augusta County Sheriff Smith and Augusta County Commonwealth’s Attorney Martin.

The suit says Martin spearheaded a multi-jurisdictional seizure of drugs from a Mexican drug cartel in 2017. The result of “Operation Apocalypto” was the seizure of 14.5 pounds of methamphetamine and 2.5 pounds of cocaine. But, the lawsuit says Smith was “furious” because Augusta County resources were not part of the operation. Smith’s demand that all subsequent drug warrants in the county come through his office “crippled drug interdiction efforts in the region,” the suit says.

The behavior of an Augusta County investigator is also cited in the complaint. Martin detailed the investigator’s “deviation from professional standards” and a civil rights violation. Martin said he reported the investigator and Smith to the Virginia State Police. After this, Martin says he was voted off the Skyline Drug Task Force in 2018 and said Smith contacted the Washington office of the DEA and had his federal credentials pulled “as a result of false information.”

Much of Martin’s lawsuit stems from a case involving a confidential informant. Martin asked Waynesboro Commonwealth’s Attorney Ledbetter to have the informant released from jail in February 2019 to gain further cooperation. The informant’s cooperation had previously led to the seizure of drugs.

The suit says Commonwealth’s Attorney Martin was also asked to cooperate and agreed to do so as long as seized drugs were turned over to a lab for analysis.

The Augusta County Commonwealth’s Attorney’s office moved to dismiss the case against the informant after the August 2020 testimony by Martin, citing conflicting testimony from law enforcement.

After this, Prosecutor Martin and Sheriff Smith met with Wilhelm in September 2020 to discuss allegations of misconduct by Capt. Martin. Wilhelm met with Ledbetter about those allegations, the suit says.

The suit says a Virginia State Police investigation requested by Prosecutor Martin concluded in April 2021 that there were no criminal offenses by police officer Martin and declined prosecution, the suit says.

However, an April 2021 letter obtained by The News Virginian under the Virginia Freedom of Information Act offered damaging information about Martin’s actions in the case. The special prosecutor, Assistant Chesterfield County Commonwealth’s Attorney Jeff Einhaus, declined to prosecute Martin.

But in his letter detailing his conclusions, Einhaus said Martin gave testimony “that was in conflict with that of another law enforcement officer” and “in conflict with his own report.”

The Einhaus letter said that Martin testified in August 2020 that he told the informant he would not be prosecuted if he led police to drugs. The letter further states that a Virginia State Police investigator who was present when Martin met with the informant did not recall any promise of immunity.

Einhaus also said that Martin had given testimony at the August 2020 suppression hearing that “was demonstrably inaccurate” based on evidence found during the Virginia State Police investigation. The special prosecutor said Martin had testified that he had not sent seized drugs to the lab before meeting with Prosecutor Martin in February 2019.

However, the letter says Mike Martin’s initials appear on a Waynesboro Police Department property and evidence document dated October 2018 requesting lab analysis for baggies of a “clear crystal substance” recovered from the informant.

Despite these findings, Einhaus said the investigation did not find Martin “willfully lied about the labs during his testimony on August 17. 2020.” Therefore, Martin was not charged with perjury.

Martin sought reinstatement to the police department after the state police investigation in May 2021. But, according to the suit, he was told by Ledbetter at a June 2021 meeting he would no longer prosecute any of Martin’s cases.

Wilhelm requested an internal investigation conducted by an officer with the Albemarle County Police Department in July 2021.

In September 2021, the outside investigator forwarded his findings, which concluded “wrongdoing in the same allegations where the Virginia State Police Department found none,” according to the suit, which also says Wilhelm told Martin in January of last year he was terminated from the department.

The News Virginian contacted the defendants in the lawsuit. Ledbetter had no comment. Smith said he was unaware of Martin’s suit and had no comment. Wilhelm said he would have no comment because of the pending litigation.

Waynesboro City Manager Mike Hamp said he had no comment.

Augusta County Commonwealth’s Attorney Martin said in response to the suit: “I have a great deal of faith in our local law enforcement community to work together successfully to the benefit of the people of Greater Augusta, as we have for years now. I have every reason to believe that will continue.”

The Augusta County Sheriff’s Office took a Danville fugitive into custody Thursday afternoon in Stuarts Draft after being tipped off of his presence by Danville authorities.

Waynesboro police are investigating the weekend spray painting of swastikas on a mural at the Waynesboro Family YMCA on South Wayne Avenue.

Former Waynesboro Police Capt. Mike Martin speaks about the area’s drug problem during the regional drug forum, Taking Back our Community, in 2016. Martin is suing the city and Waynesboro and Augusta County law enforcement over wrongful termination.