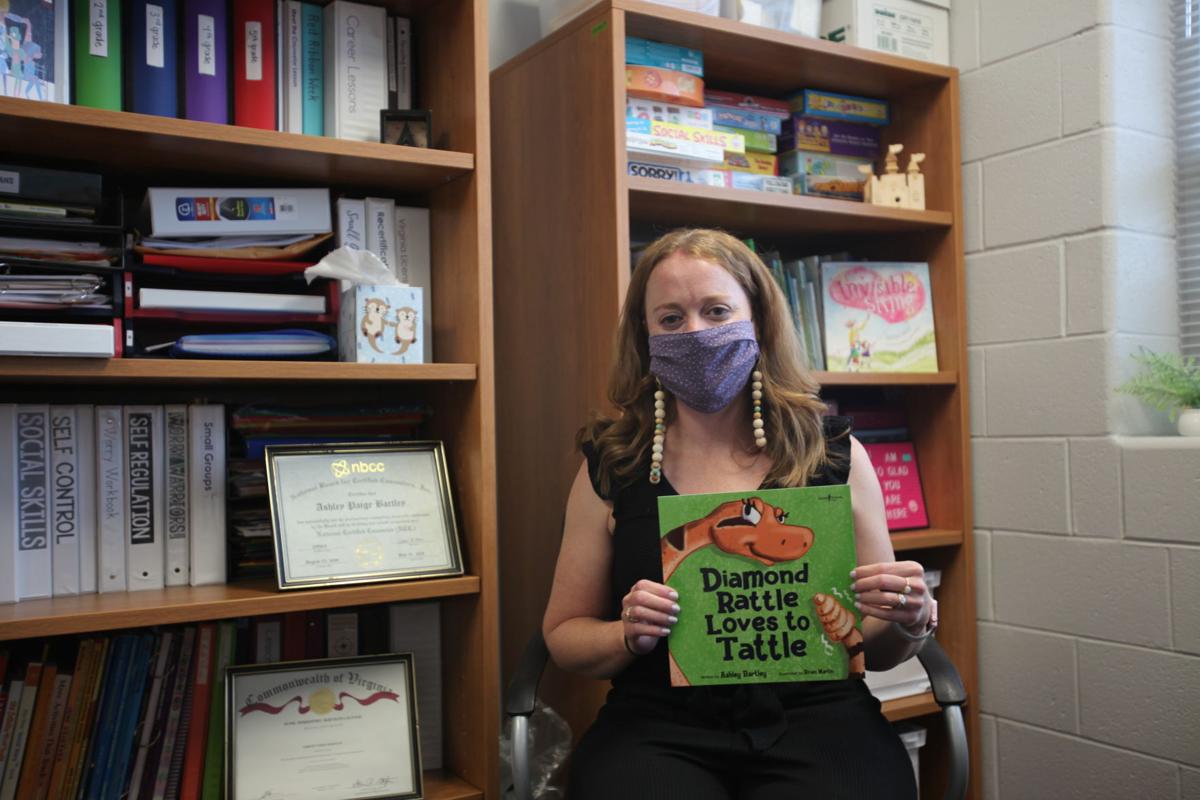 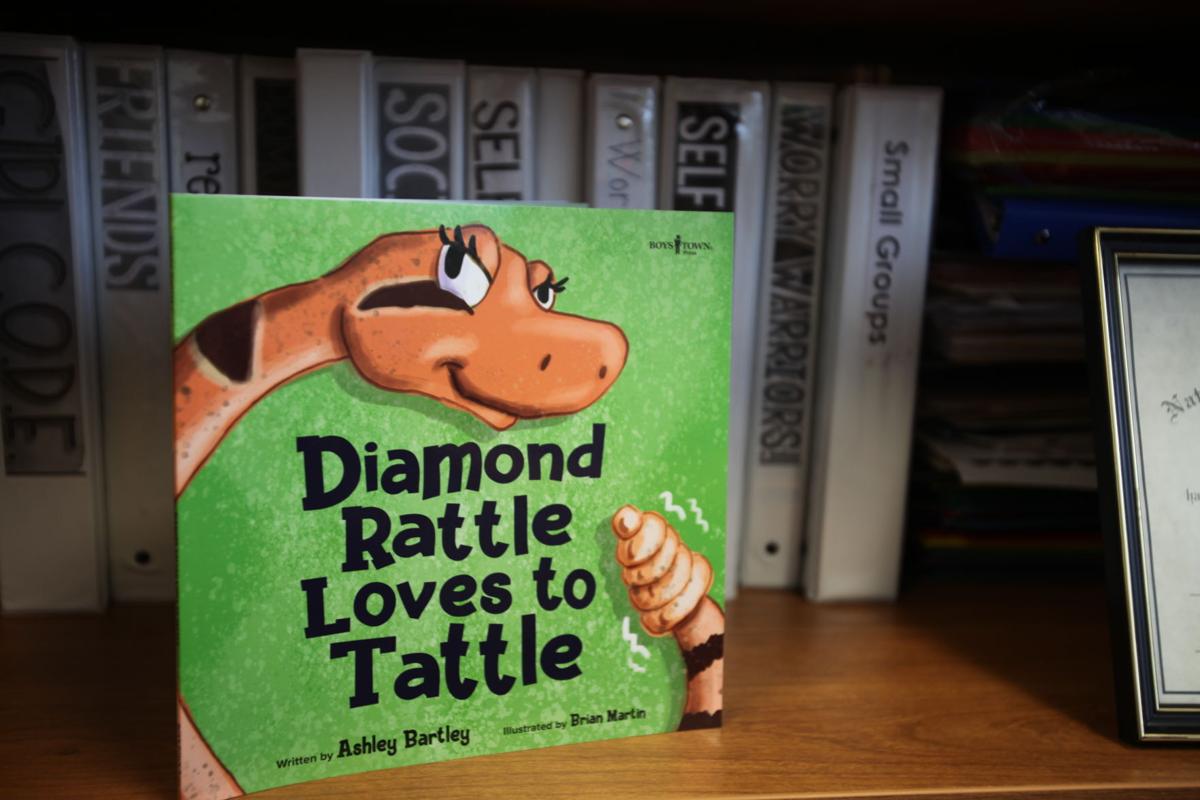 Ever since she was seven years old, Ashley Bartley knew that she wanted to be an author. On July 9, that goal finally came to fruition when her first children’s book “Diamond Rattle Loves to Tattle” was published.

The children’s book tells the story of a snake named Diamond Rattle that encounters social isolation because of her eagerness to tattle on her classmates.

Bartley, who works as a school counselor at Hugh K. Cassell Elementary School, says that a goal for the book is helping children understand what problems they can solve on your own.

“I always tell my kids when I teach in-classroom counseling lessons that a small problem doesn’t mean it’s not important,” she said. “It just means it’s a problem that they can handle on their own at their age. I thought it would be cool to write a book explaining the things that you would want to report to a teacher and the kind of things that you can let slide that would be considered tattling.”

Bartley wrote the book in May 2018 and quickly started researching publishers to send the manuscript. In December of that year, she sent the book to Boys Town Press, who responded a month later, and the partnership to publish the book was born. Bartley did not pursue general publishers and instead focused on finding a publisher who produced school-counseling related books.

“I wanted to work with a smaller publisher who would market the book specifically to educators, and that’s what they [Boys Town Press] do,” Bartley said.

Boys Town Press worked closely with Bartley to develop the book, but she says that they were flexible to ensure that her creative vision was maintained. After an initial illustrator backed out of the project, Brian Martin became the illustrator who brought the story of Diamond Rattle to print.

“They were very receptive to my feedback,” she said. “They sent me three databases of illustrators, and I would tell them what I did like and what I didn’t like. The illustrator I suggested initially was the one they contacted, but she had to back out. Then they brought in Brian Martin to finish the book, and I think he did a great job.”

The community around Bartley has been supportive throughout the process. She read the book for students before sending it to publishers and received a good response. One thing that she did not expect was the number of people around her that would have questions about the publishing process that she would be able to encourage with her story.

Bartley has three young boys and her sons enjoy the book, but said her 8-year-old took longer to hear the story than most people.

“My oldest didn’t want to hear the story until there was a physical book that he could hold,” Bartley said. “I always wanted to read it to him, but he said ‘Nope, I want to hold it in my hand the first time I hear it.’ So that was really neat the day it arrived in the mail.”

In Bartley’s pursuit of being a published author, she also has published articles in magazines such as “The Joyful Life” and blogs like “Kindred Mom.” With her previous experience, she gathered an understanding of how to deal with not hearing back from a publisher and keep pursuing something that she was proud of.

“I think you have to accept that sometimes you’re not going to hear back from a publisher,” Bartley said. “The first magazine I ever submitted an article to was ‘Highlights’ [for Children], and I didn’t hear back from them. But I didn’t let that discourage me; I just marketed that article for somewhere else. I started to build a portfolio of things that I had written.”

Bartley is currently in the process of publishing a sequel to Diamond Rattle’s story with Boys Town Press that will explore another topic with the same characters. “Diamond Rattle Loves to Tattle” can be purchased on Amazon.

A new mural designed and painted by students is going up on the Poplar Avenue and Main Street intersection near Waynesboro High School.

Kindergarteners in Waynesboro will be able to return to in-person instruction starting Oct. 19.

This Saturday, Waynesboro High School seniors can enjoy a night of popcorn, social interaction and “Remember the Titans” during senior movie night at Bridge Christian Church.

How school counselors reach students in an all-virtual format