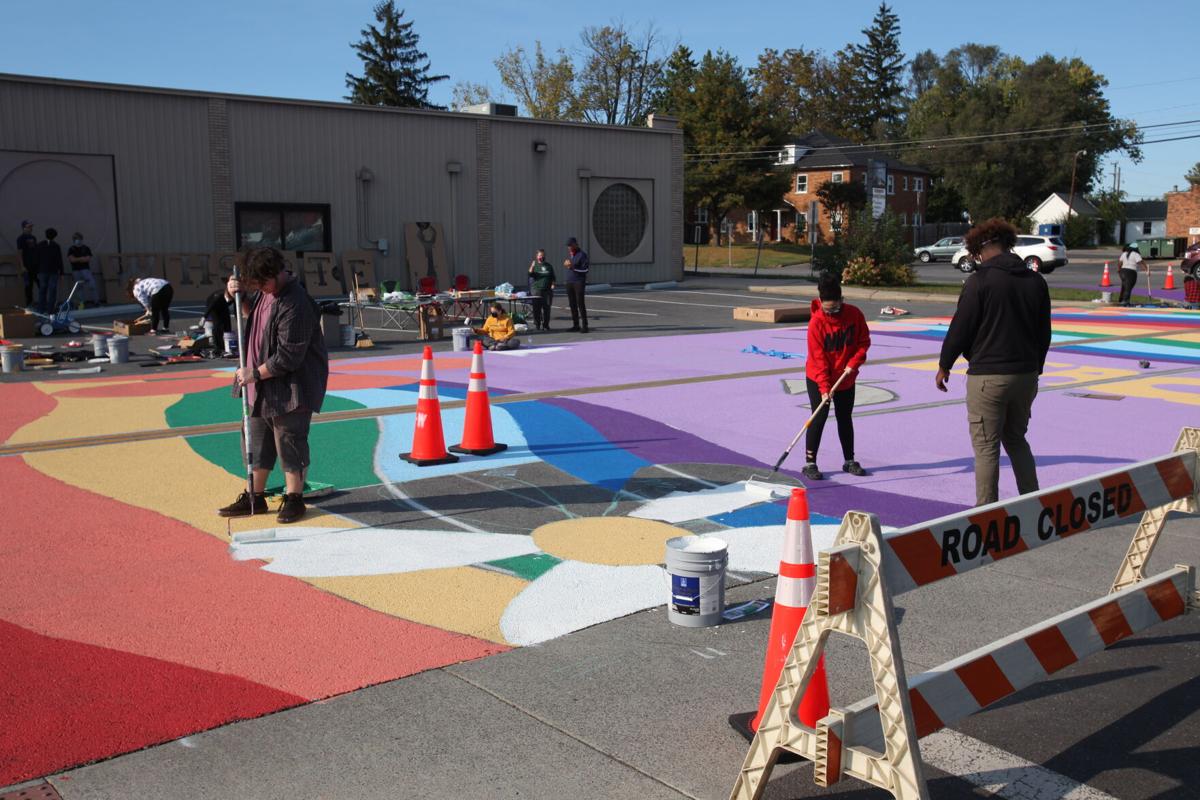 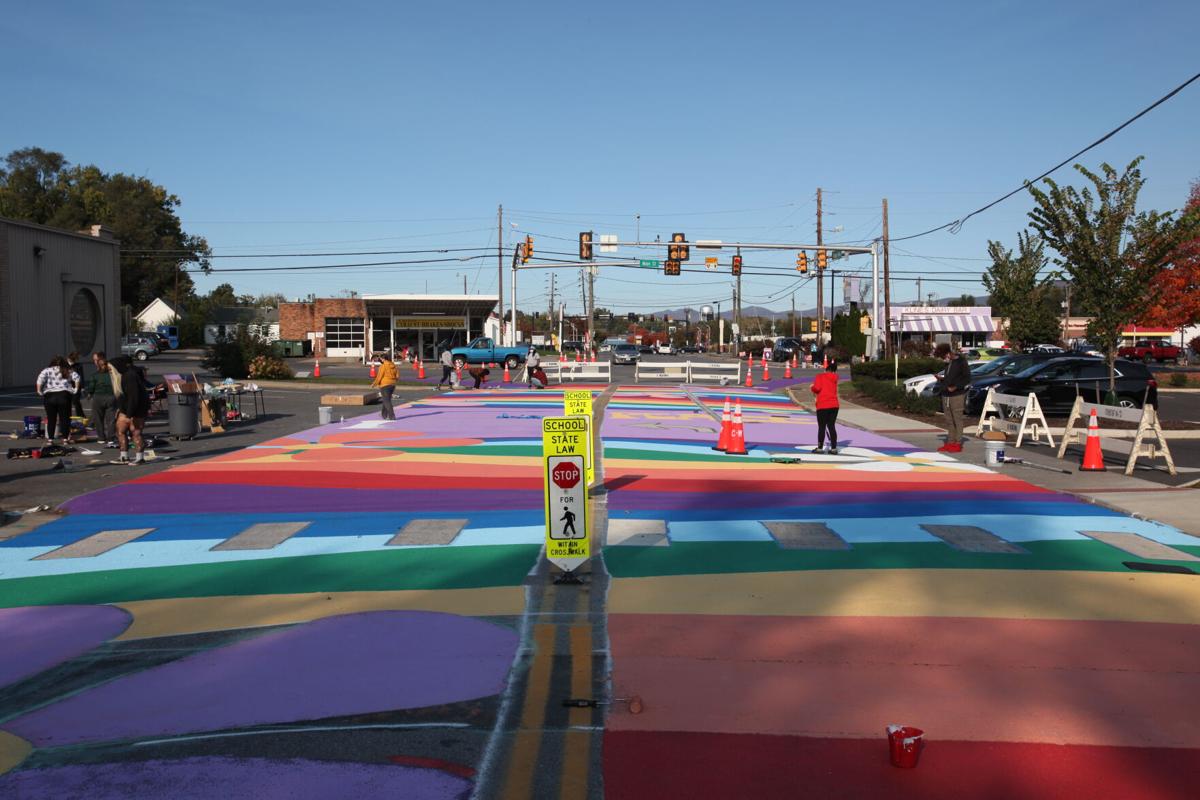 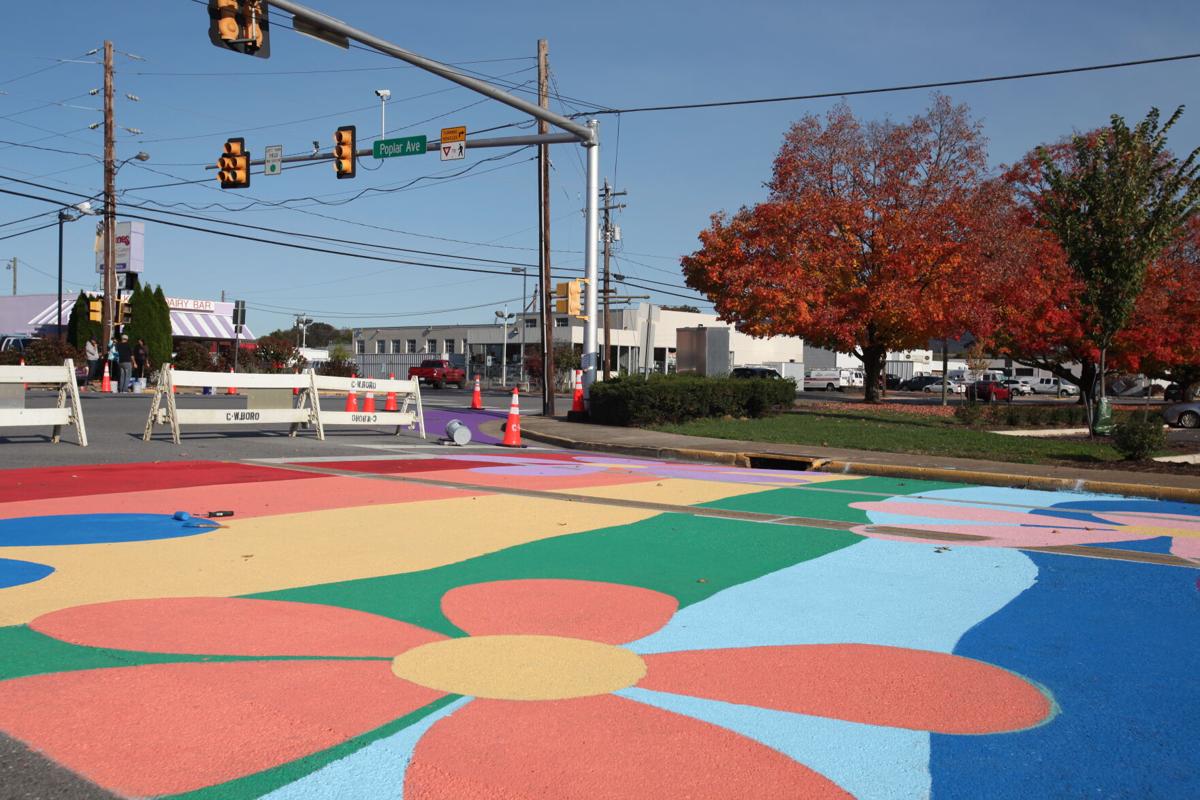 The new mural designed by WHS junior Zach Lyster is being painted on Poplar Avenue over the weekend. 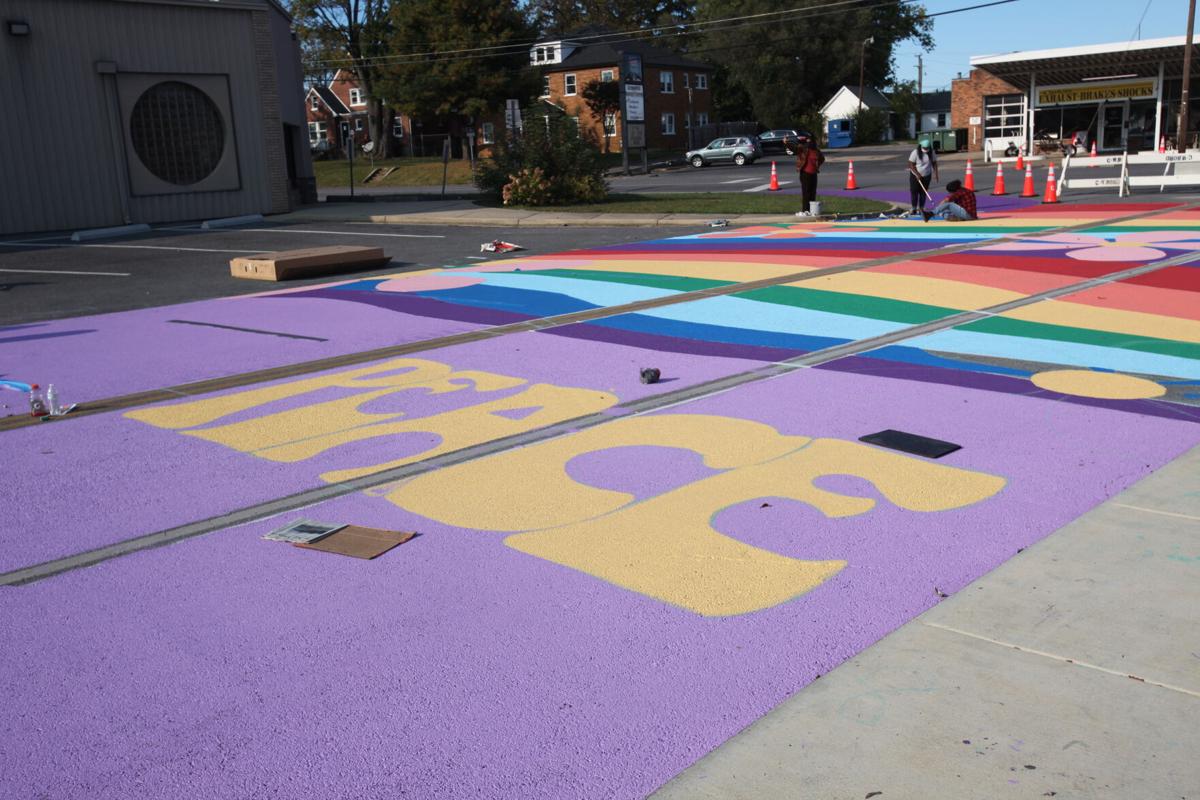 The mural design that will be painted on Poplar Avenue created by Waynesboro High School junior Zach Lyster. Lyster won a competition between him and his classmates to decide the design for the mural.

After this weekend, Waynesboro residents will notice the new colorful touch to the intersection near Waynesboro High School.

Earlier this month, Waynesboro High School art students received a unique opportunity when their teacher Bridget Roberts asked them to create designs for a mural to paint on Poplar Avenue next to the school. The students submitted their designs and after the friendly competition, junior Zachary Lyster emerged with the winning mural.

Zachary’s classmates and staff collaborated to paint the mural, which started painting on Friday and will be finished on Monday. The road was closed to allow the students a safe space to work. Roberts’ invited current and former students of hers to join in the creation process.

Students were given around three weeks from start-to-finish to create their designs, which were then voted upon by their classmates to narrow down the best ones. The school posted the designs the classmates selected on Facebook for the final vote on which design won. Zachary’s design won with over 230 likes, and he hopes it can bring positivity to people who see it.

“The message is simple,” he said. “I think there’s a lot of hate nowadays from a lot of different people on a lot of different sides. We all should come together while realizing that we can all have different opinions. We just need to realize we’re all human and stop generalizing people.”

Roberts assigned the project to her class and gave the students a few parameters to ensure the mural would not take longer to paint than three days. She expressed the positive role of art like this in a community as “therapeutic.”

The idea for the mural came about earlier this year when the Virginia Department of Health selected the Central Shenandoah Health District as a participant in the annual Virginia Walkability Action Institute. A small team formed of Laura Lee Wight from the VDH, Catherine Hill from Augusta Health, Susan Lendermon from Waynesboro’s Safes Routes to School and Kira Johnson from Waynesboro’s Planning Department handled the VWAI.

The VWAI is designed to increase walking safety in communities, and the district received a small grant as a result of its participation in the event. Over the past several months, the group, with the help of community members, decided on using the grant for the mural and identified the Poplar Avenue and Main Street intersection as particularly problematic.

The goal of the mural is to encourage cars to slow down at the intersection, thus creating a safer environment for pedestrians and bicyclists. Using art like this follows a nationwide trend called “tactical urbanism,” which is the employment of low-cost, low-impact materials to demonstrate ways the intersection could be redesigned.

Waynesboro High School science teacher Tim Wion recommended the school’s art students be the ones to create and paint the mural, and Roberts appreciates the opportunity for her students to handle the process from start-to-finish.

“Usually this would be handled by professionals, and it was just proposed because the science teacher knows we do really good stuff at this school,” Roberts said. “It’s a big undertaking because we’ve never done anything this big before. It’s a little nerve-wracking, but they’re [the students] all very excited.”

After painting a mural near Waynesboro High to promote pedestrian and biker safety over the weekend, a new citizen-led group is hoping to continue making the community more pedestrian friendly.

The new mural designed by WHS junior Zach Lyster is being painted on Poplar Avenue over the weekend.

The mural design that will be painted on Poplar Avenue created by Waynesboro High School junior Zach Lyster. Lyster won a competition between him and his classmates to decide the design for the mural.