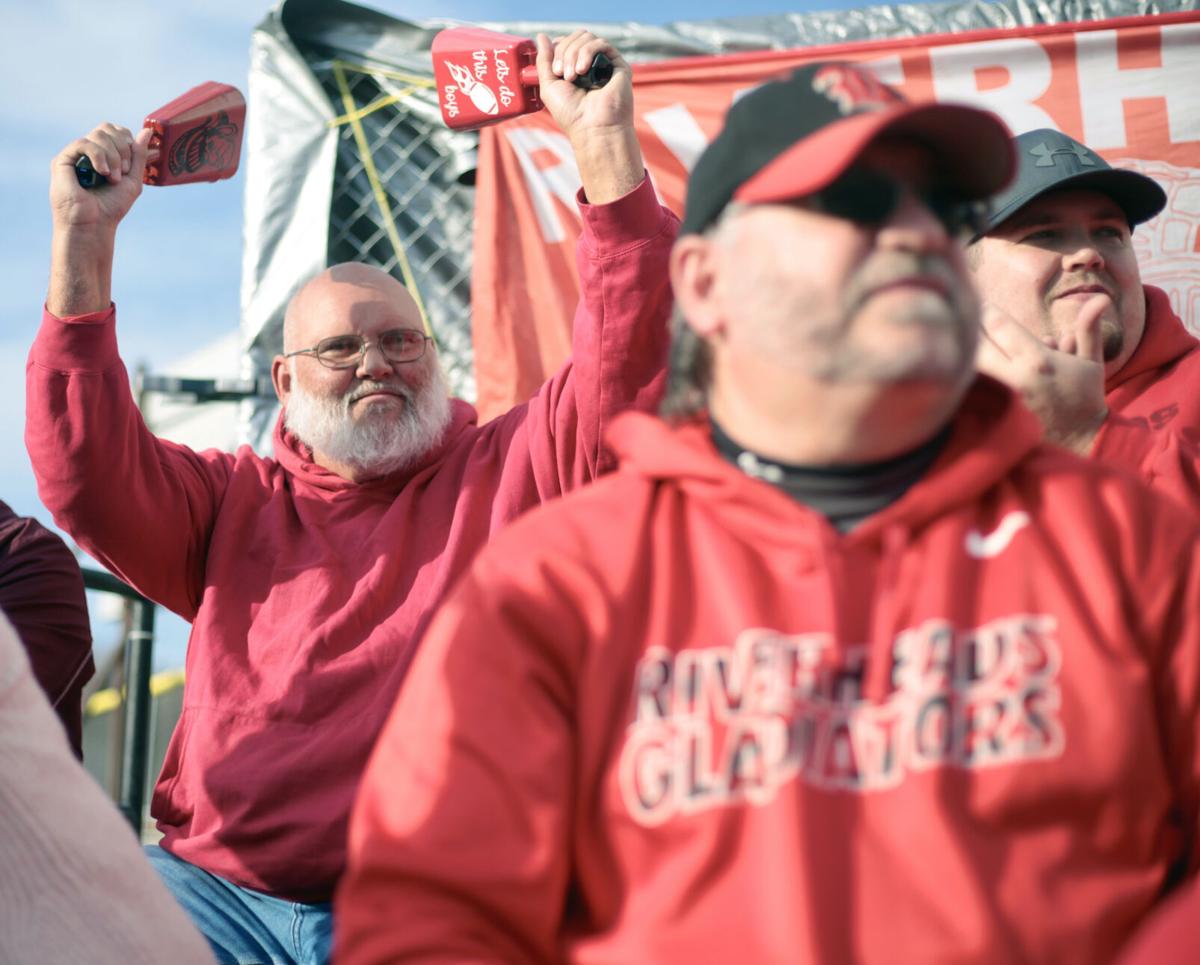 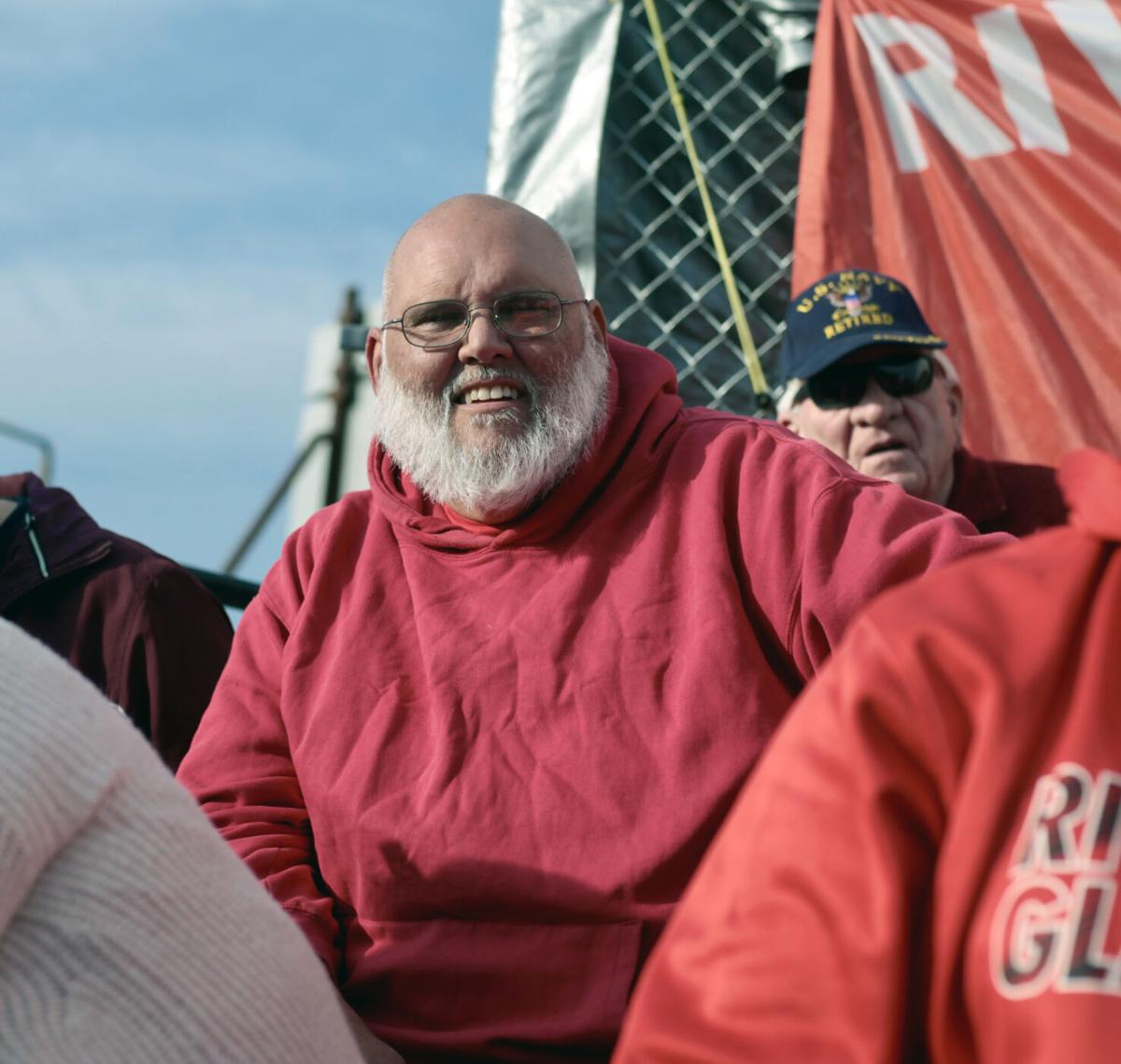 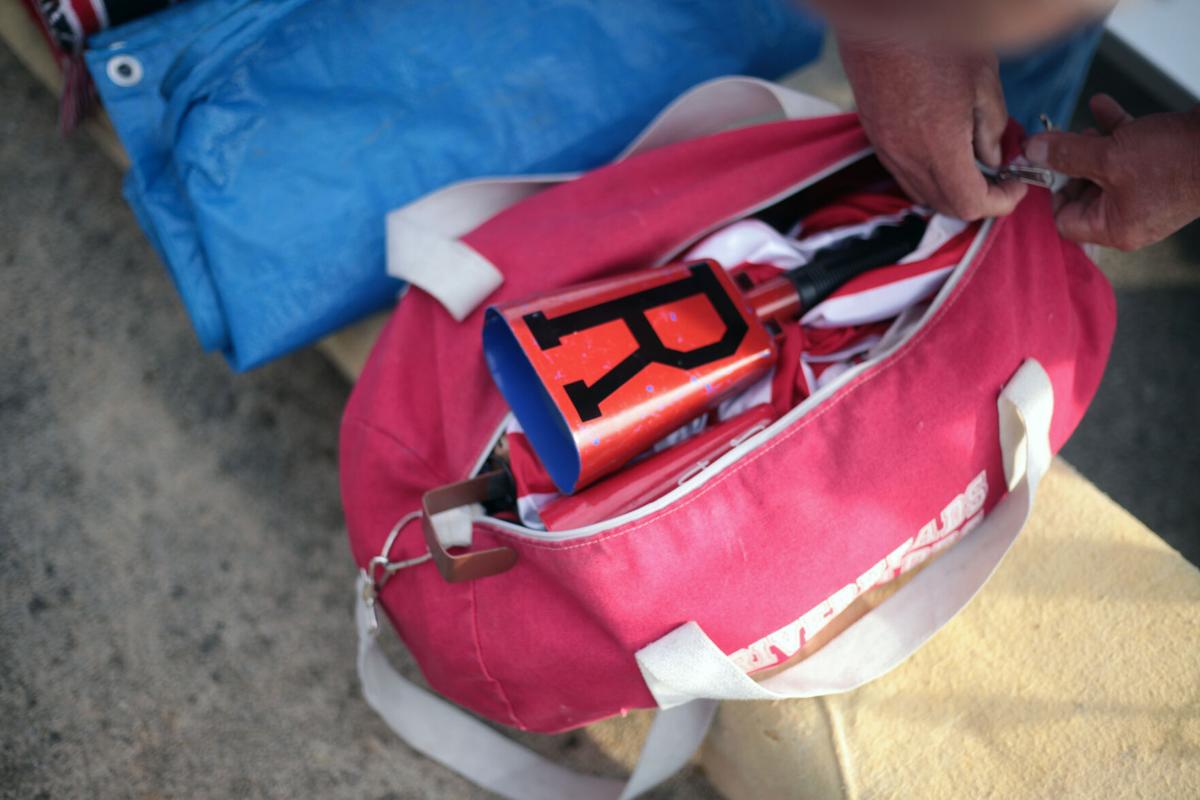 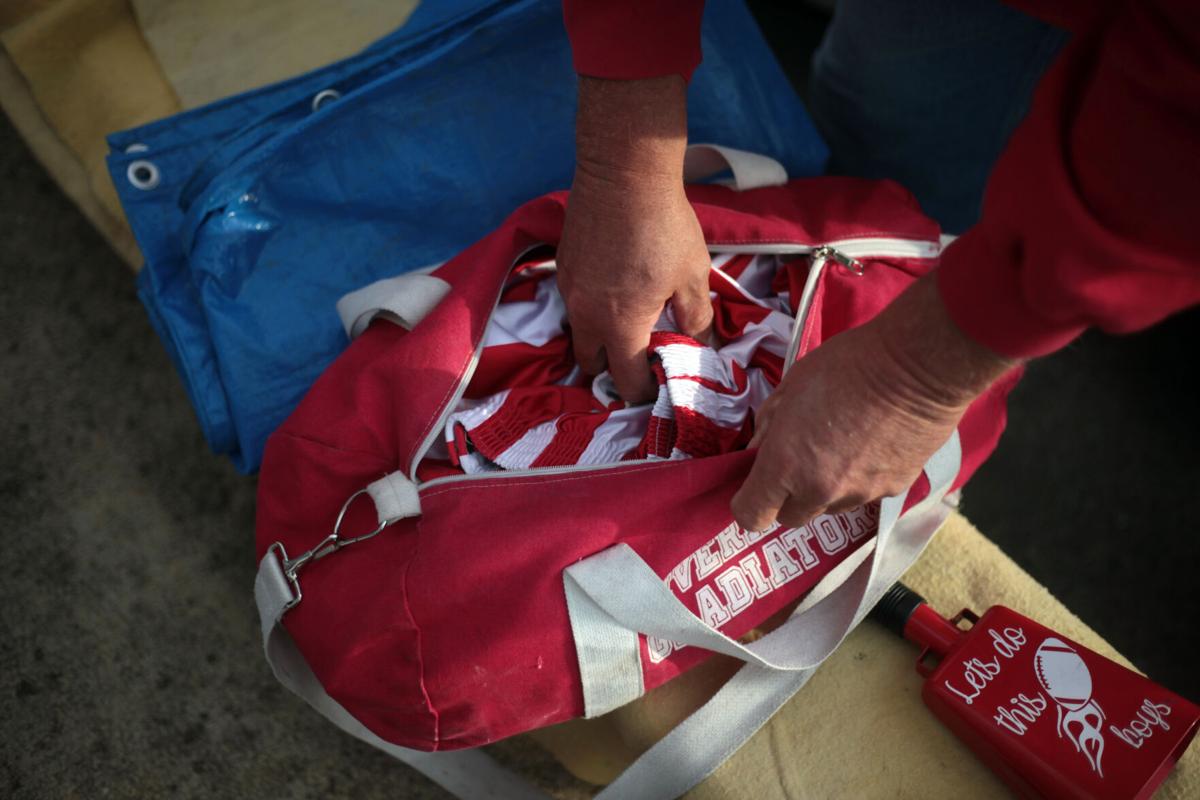 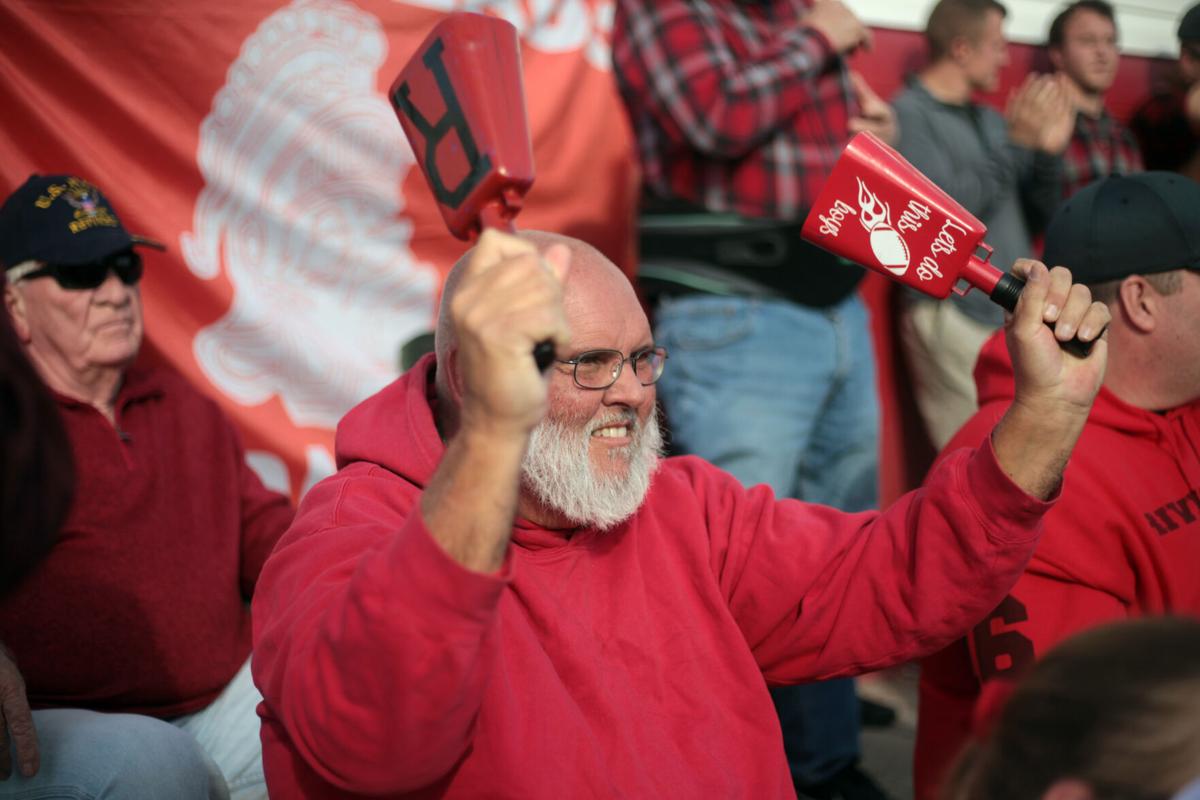 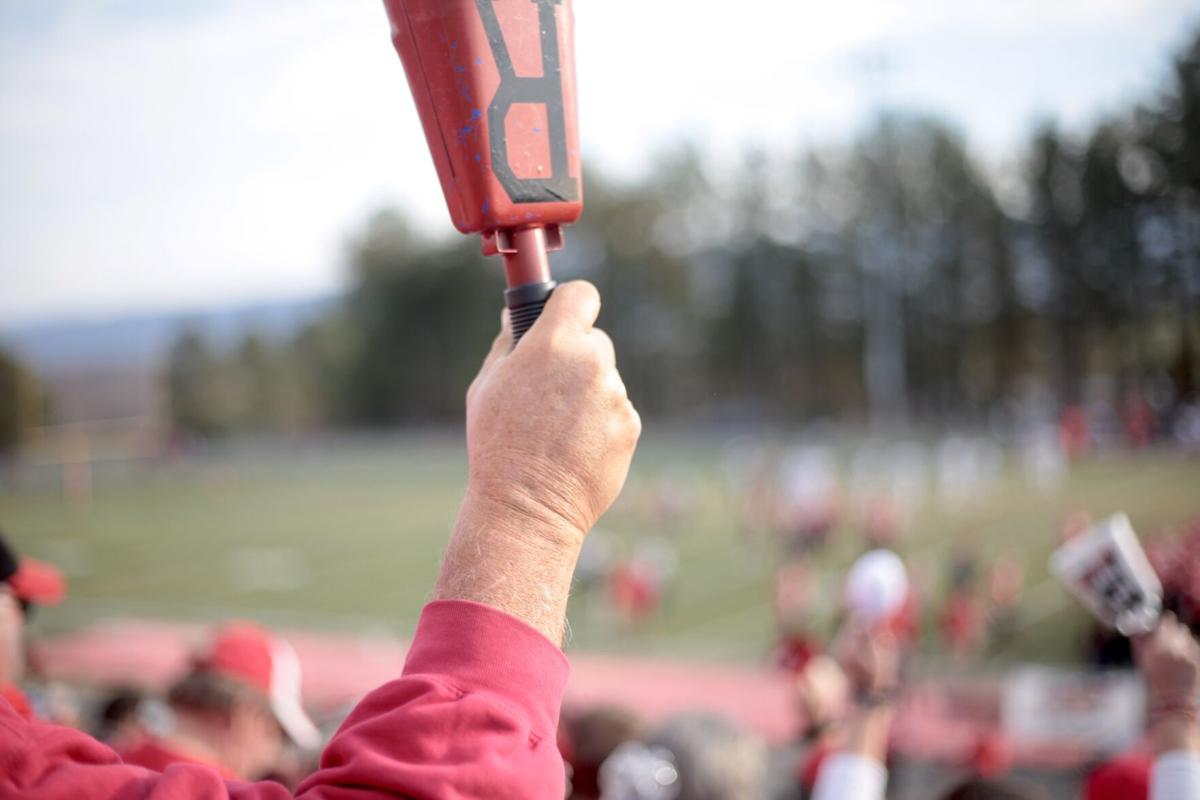 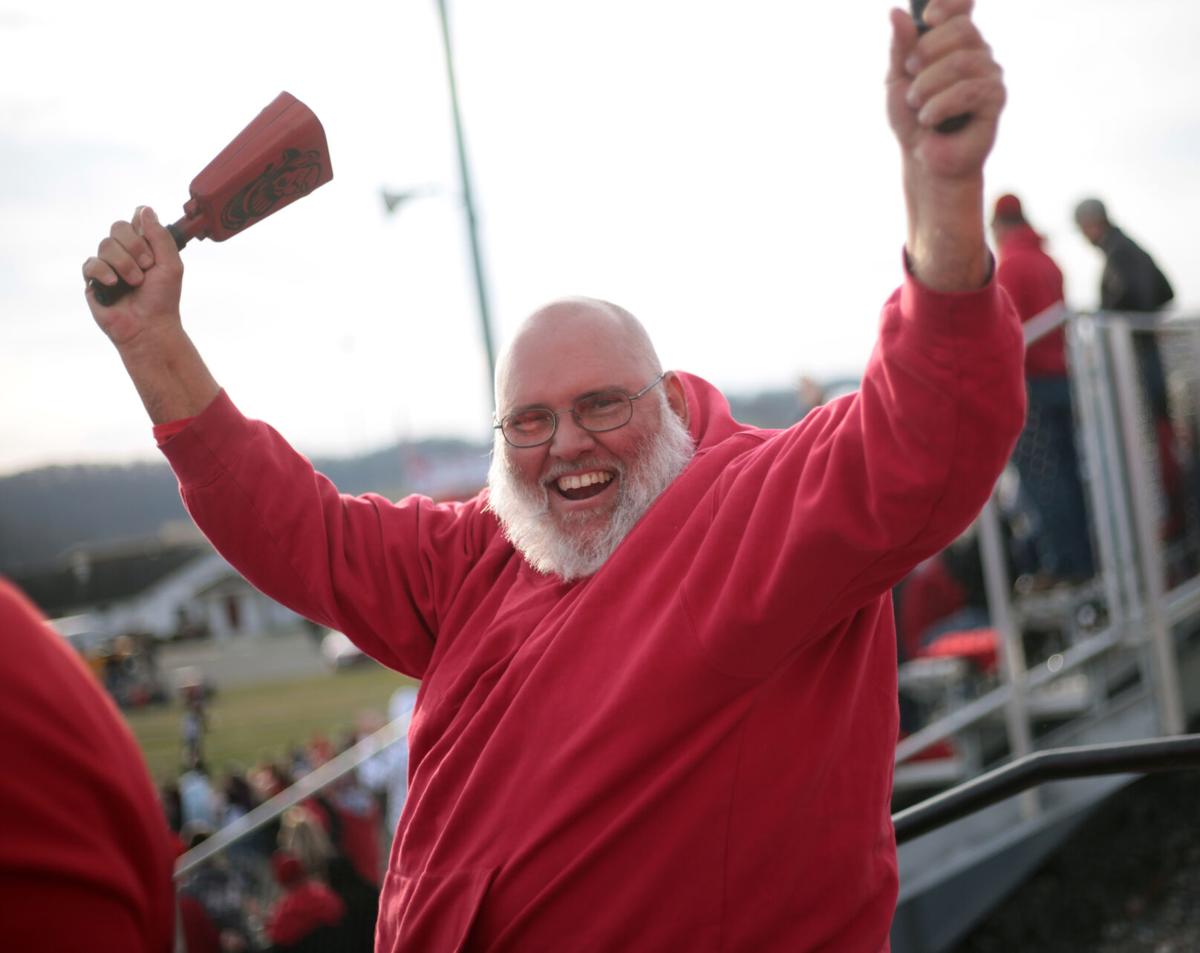 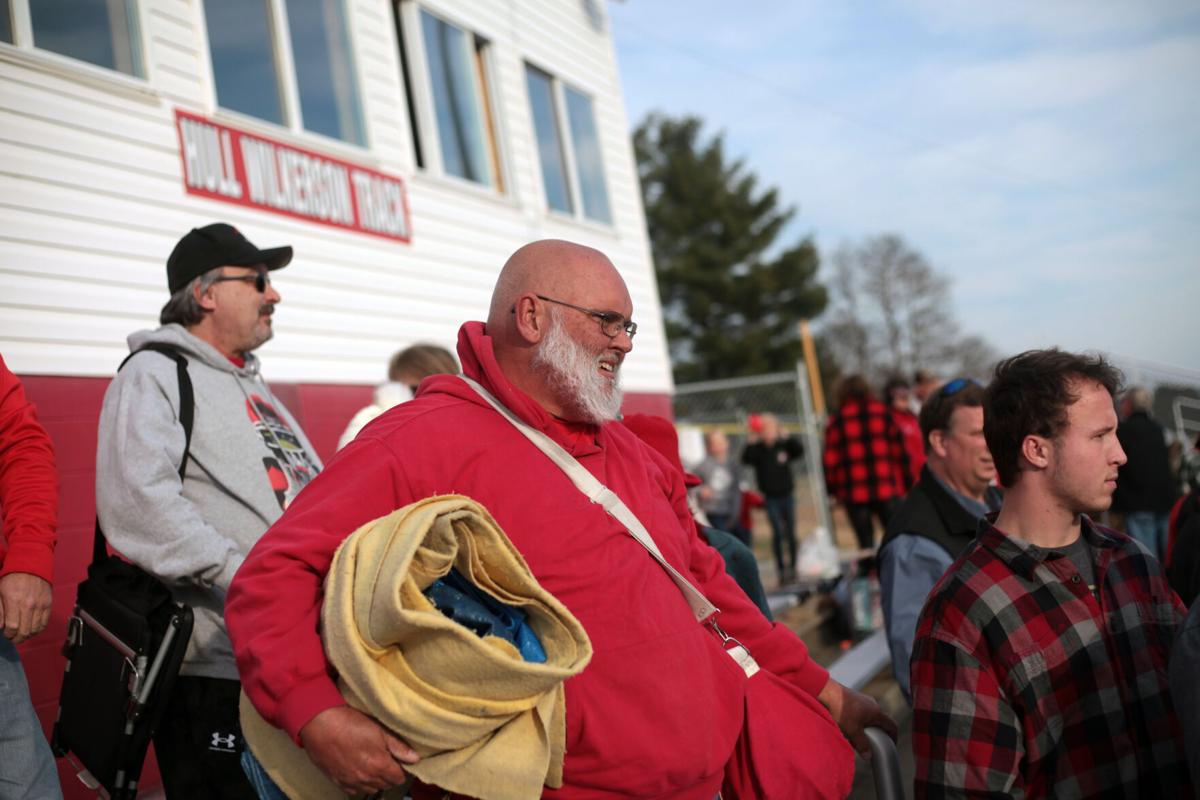 Even casual area sports fans know that the Riverheads Gladiators football team is in the midst of one of the nation’s longest winning streaks.

With Saturday’s win, it stands at 49 games.

The Gladiators will now compete for a sixth straight state championship next Saturday.

But there’s another streak that’s worth noting.

That streak belongs to a Gladiator super fan named E.R. Brooks. The 1980 Riverheads graduate hasn’t missed a football game — home or away — since 1999.

His streak is at 281 consecutive games.

“My daughter’s the one that got me coming to ball games,” Brooks said. “When she was a junior in school, she wanted to go to a football game one night. I said, ‘Yeah, I’ll take you.’ That was in 1999. I haven’t missed one since.”

That first game was in the middle of the season against Parry McCluer. The weather was so terrible the game was stopped and completed at a later date.

The streak may have started in 1999, but his fandom goes back much further.

Some of his fondest childhood memories are of a relative bringing Brooks to the games as a kid. In a sense, the stadium has always been like home. His Future Farmers of America class planted the trees that now shade the visitor’s side of the stadium.

“I used to come to ball games with my sister,” Brooks said. “We’d all sit up here. Back then, they’d ask a trivia question. I didn’t know anything about trivia. I was 10-years-old. They’d give me the answer, I’d run up there and win some sort of a prize. I remember like it was yesterday, and that was 50 years ago.”

The 22-year streak itself is impressive. When the family goes on the vacation, the beach property rental is from Saturday to Saturday. They return one day early to make the game. When he’s had work scheduling conflict, he’s used vacation time.

A model of consistency, Brooks has sat in the same seat since 1999.

Top of the bleachers, up from the 40-yard line marker.

At first, he used to arrive early to secure his spot. He still arrives early, but there’s really no need. Everyone know it’s E.R.’s spot.

“I came here all that (1999) year, and I came one day and someone was in my seat,” Brooks said. “I thought, ‘Never again.’ So now I come up on Thursday nights and put my blankets down.”

On this particularly Saturday, Brooks is dressed in a red hooded sweatshirt, a pair of light blue carpenter’s jeans and a pair of casual boots. It’s far more subdued than much of his fan attire, but there’s a good reason for that.

“The doctor told me what they needed to do,” Brooks said. “I said, ‘That’s fine, but I have a game on Saturday.’ They said I should be fine by Saturday.”

And not just his red, custom-painted cowbells with the black rubber grips.

Brooks is responsible for nearly all of the cowbells in the stadium.

“I’ve bought 300 pairs of these of the last couple of years, and gave them out to everybody,” Brooks said. “Every year, I spend about three hundred dollars on stuff just to give out.”

Brooks, who used to go by the nickname “Stats,” carries around an old Riverheads Gladiators gym bag. He’s had it at least 15 years.

Inside of the bag, he’s got all type of fan gear and memorabilia. There’s even a large red banner that he hangs behind his seat. He also parks in the same spot every home game. Every part of the vehicle, from the license plates to the flags, professes his Red Pride.

His most valuable Riverheads possession, however, doesn’t go in the old gym bag and doesn’t make trips. The 2018 state championship ring the team presented him stays on the mantle at home.

By halftime of Saturday’s game, the score is 42-6. Brooks has already unfolded his arms to ring the cowbells six times.

Nothing too crazy, though.

Even with the lopsided score, there’s no thought of leaving.

In fact, the rest of the day may include more Riverheads football. He likes to watch old games on replay prior to attending games, and he’ll often re-watch the game he just attended on replay afterward. One of his favorites to watch is the 2010 game against Franklin.

After Riverheads scored a defensive touchdown, he tried to watch the replay on a smartphone app. It wouldn’t load until moments later when something else had caught his attention.

Brooks almost always attends the game with his son Justin. And Justin’s son, Chris Brooks, is the junior back-up quarterback on the team.

Late in the fourth quarter — moments after coming up with a big tackle on special teams — Chris Brooks completed his first varsity touchdown pass.

Up to that point, E.R. Brooks had been good about staying calm.

When his grandson scored his first varsity touchdown, however, all bets were off.

Minutes after that final Gladiator touchdown, Brooks placed everything back into his old Riverheads gym bag.

He joined the sea of fans all dressed in red exiting the stadium.

“See y’all next week,” he said to friends and family.

And they have no reason to doubt him.

Brooks has been doing this for 22 years now.

Chris Lassiter is a sports writer for The News Virginian.

The opportunistic Gladiators ensured their quest for a sixth-straight Class 1 football championship trophy after pounding the Essex Trojans in the state semifinals Saturday.

Unprecedented success: Between Staunton and Riverheads, area sports fans fortunate to have witnessed two dynasties in past 20 years

Think about how blessed fans in the area have been. First, we had Paul Hatcher’s Robert E. Lee boys basketball team in the national spotlight with an 85-game winning streak. Now we have Riverheads.

WH: We 'don't know' if Russians are playing games

WH: We 'don't know' if Russians are playing games 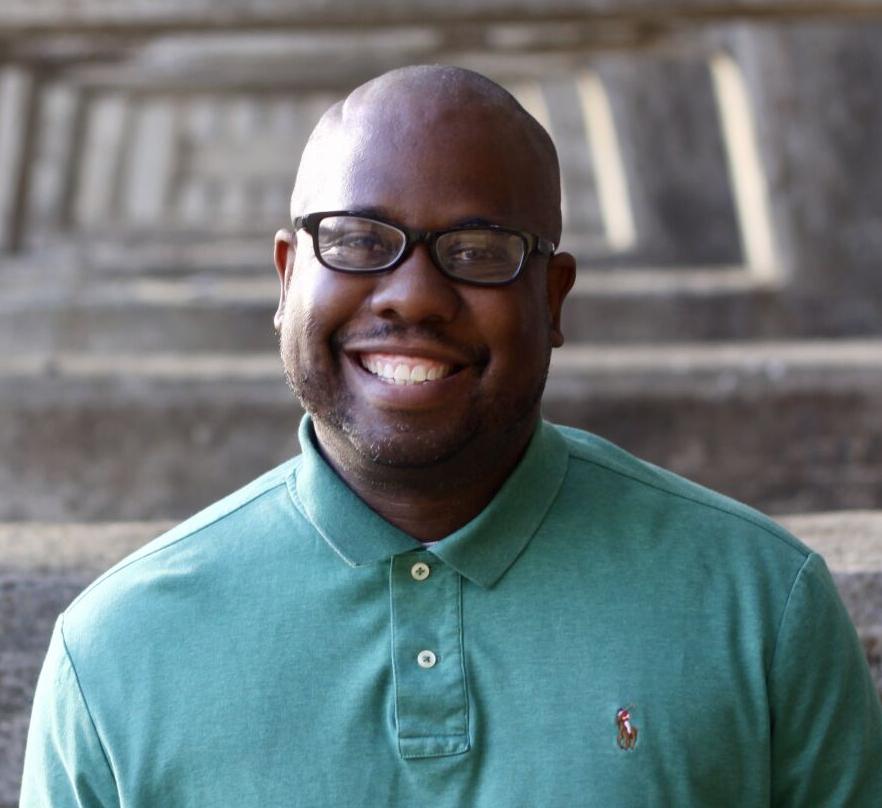