VESUVIUS — I often marvel at how much public land there is in Augusta County — land that is owned by you and me. It is always nice to have a place to enjoy the great outdoors, but in a pandemic, public lands become places essential for the preservation of our sanity.

The biggest chunk of public land in Augusta County is the George Washington National Forest, and within that forest in our county are two special tracts of land set aside as wilderness areas, Ramseys Draft on the western side and St. Mary’s on the southeastern side.

This hike takes provides a sneak peek into the St. Mary’s Wilderness area. There are 9,835 acres in this part of the national forest, the second largest wilderness area in Virginia, and there are 17 miles of hiking trails. This hike to the waterfalls represents just three miles (6 miles roundtrip) so don’t think for a minute that you have experienced all this wilderness has to offer when you have completed this trip.

St. Mary’s is a crown jewel in this part of the national forest. It was once a heavily mined area (manganese and iron ore), but is slowly returning to its natural beauty. If you look close, you can still see evidence of those mining activities on the hiking trails — a steel cable here or a chunk of cement there. The St. Mary’s River is a cold, fast running mountain stream that tumbles down through endless boulders. The river was once a magnificent trout stream, but a combination of the stream geology (no limestone here that can help buffer the pH) and acid rain has caused the river to become almost too acidic for native trout. In recent years, limestone dumps at the headwaters have helped combat this issue.

Because it is a mountain stream, it is highly susceptible to flash floods, which periodically rework the stream and the trail. Hurricane Isabel in 2003 really altered this trail and made it much more challenging than it was prior to that time. There is an interesting hydrological event happening at the edge of St. Mary’s near the Augusta-Rockbridge line. Another creek, Spy Run, is trying to “capture” St. Mary’s along this big alluvial plain at the foot of the mountains and everything in between the two streams is in the path every time there is a large rain event. However, as they say, that’s another story. Just know that St. Mary’s (and Spy Run) eventually become the South River at the Rockbridge line. This South River (not to be confused with the South River that goes through Greenville, Stuarts Draft and Waynesboro) flows south, joins with the Maury and together they head into Buena Vista and become the James River.

Although you can hike down to St. Mary’s from the Blue Ridge Parkway, I would recommend that you start at the parking lot off Cold Springs Road (Rt. 608). If you live in the Sherando-Lyndhurst area, it might be easier for you to access this via the Coal Road. This parking lot is the trailhead and is as far as vehicles can go as they are not allowed in wilderness areas.

Another thing not allowed in wilderness areas is a chainsaw, so if trees come down across a trail then trail crews must use handsaws to open the trail back up. We hiked the trail about two weeks ago and immediately ran into a problem — a very large tree was blocking the path and hanging over the river. We wormed our way behind it and went on.

If there is one thing that defines the St. Mary’s trail, it is rocks: rocks on the trail, immense rockslides down the mountain slopes, rock cliff faces and rocks of all sizes in the river itself. However, the trail is not steep and the going is fairly easy, especially for the first mile and a half.

The second mile and a half to the falls is more challenging because the trail has been obliterated in places by floods and a very large rockslide. Hikers have been forced to find new paths and so there are, at times, false trails leading off in the wrong direction. Be observant and persistent, knowing that the trail never strays far from the river. There are, however, times when one has to work a few yards up one side of the stream or the other to find the trail and avoid sheer rock faces.

At the 1.5-mile mark the hikers get to the first river crossing. The depth of the water depends on the time of year and the amount of recent rainfall. Because of recent rainfall, he first crossing was the deepest, nearly to our knees in the middle, but not the swiftest of the five crossings that occur before the falls. Take your time and, if you can, bring a hiking stick or trekking poles to help with balance.

The trail to the waterfalls is very pretty — in some places very narrow because of the mountain laurel, azalea and rhododendron that form a hedgerow on either side of the path. There were a number of wildflowers blooming including several golden rods, asters, bleeding heart, and Joy Pye Weed, and, because of the rains, more than a few mushrooms.

At about the 2¾-mile point hikers arrive at one of the coolest places on the trail besides the falls themselves. Here, in a tight gorge, the river narrows down to just a foot or two in width and slides under at long rock overhang before dropping off a rock shelf into a beautiful emerald pool of water. It is breathtakingly beautiful.

Don’t linger too long at the gorge, because you are very close to your final destination. Between you and the falls, however, is one more river crossing; the river at the gorge is on your right and at the falls the river is on the left. Soon after that last crossing, you will find yourself on a cliff edge that looks over the falls. The cascade is about 15 feet tall and much wider across than many of the mountain falls in the area. The trail does actually extend past the falls for those who want to scramble down the cliff, cross below the falls and go up the other side. We decided that this was the turnaround point.

As with all hikes this time of year, get up early and hit the trail before the crowds, as this is a popular hiking destination. In addition, if you can hike on a weekday, you have a better chance of solitude.

All in all a fantastic hike of six miles. Plan about four hours for the hike because you are going to want to take photos. You can pack a picnic lunch, but instead, I would recommend that once you are back to your car then return to Cold Springs Road, turn left (south) and drive a couple of miles on into Vesuvius and enjoy the delicious food at Gertie’s Country Store.

TRAIL: A challenging hike into the wilderness following the St. Mary’s River. The rewards are a lovely narrow river gorge and a 15-foot waterfall.

LENGTH: This is an out-and-back 6-mile roundtrip hike.

DIFFICULTY: Easy to moderate. The trail is not steep, but it can be rocky in places. The narrow gorge that this mountain stream flows through means that flash floods constantly alter the trail. There are several places around the river crossings where rockslides and floods have eliminated the path and the hiker has to scramble along rock cliffs. For this reason and the length of the hike, I would rate lean toward moderate rather than easy in my rating.

DESCRIPTION: This is a beautiful trail along a gorgeous mountain stream in the St. Mary’s Wilderness that is part of the George Washington National Forest. There are no overlooks or long-range views, but the stream and the surrounding rocks and cliffs are nice. At times azaleas, mountain laurel and rhododendron hem in the path. There are five river crossings each way.

FACILITIES: There are no facilities.

FEES: There are no fees.

ADDRESS: From U.S. Rt. 11 South, head into the village of Greenville. Halfway through the village, turn left on Rt. 662 (Greenville School Road). Cross railroad tracks and come to the intersection with Rt. 608 (Cold Springs Road). Turn right (south) on Cold Springs and continue on that until you see Mt. Joy Presbyterian Church on the right. Across from the church is St. Mary’s Road. Turn left onto St. Mary’s Road and continue until the road dead ends in the St. Mary’s Wilderness parking area.

RULES: Dogs on a leash are allowed. 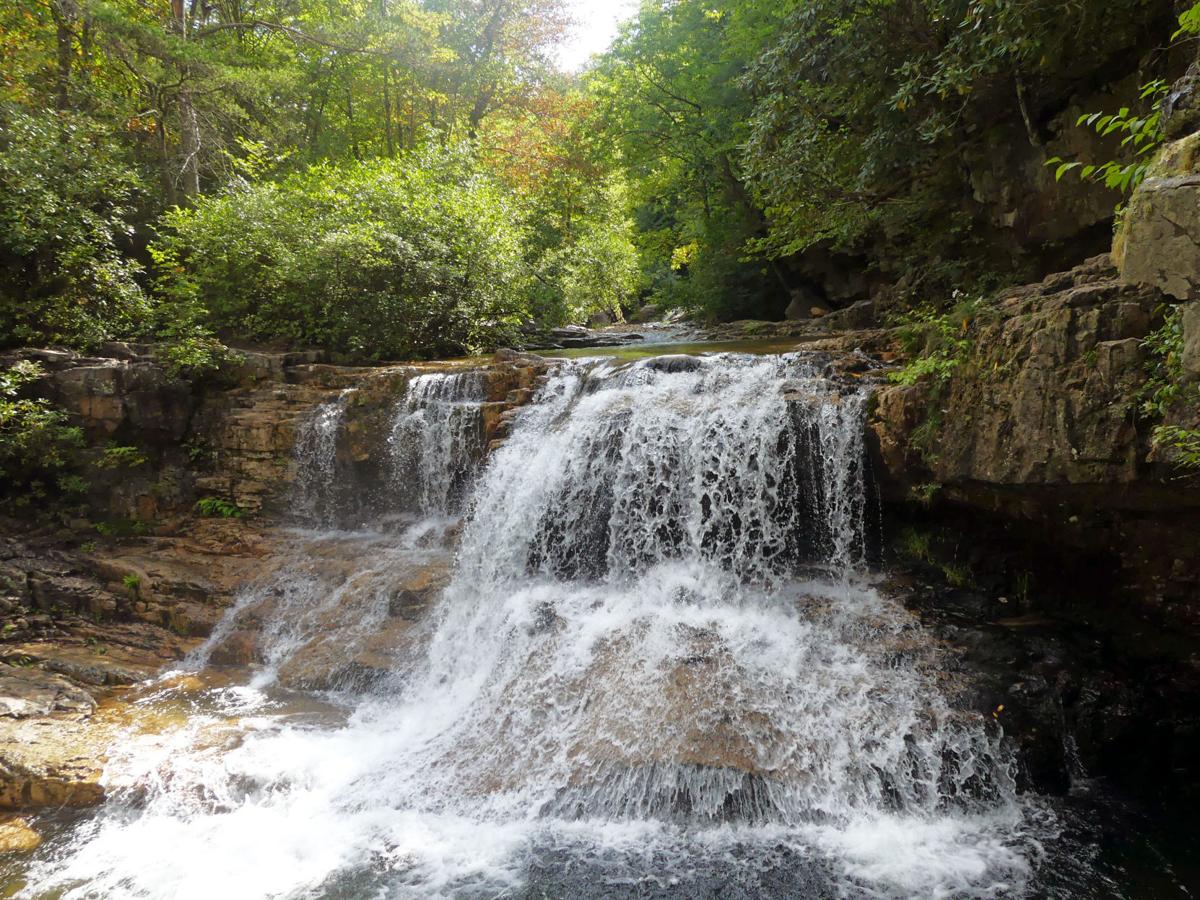 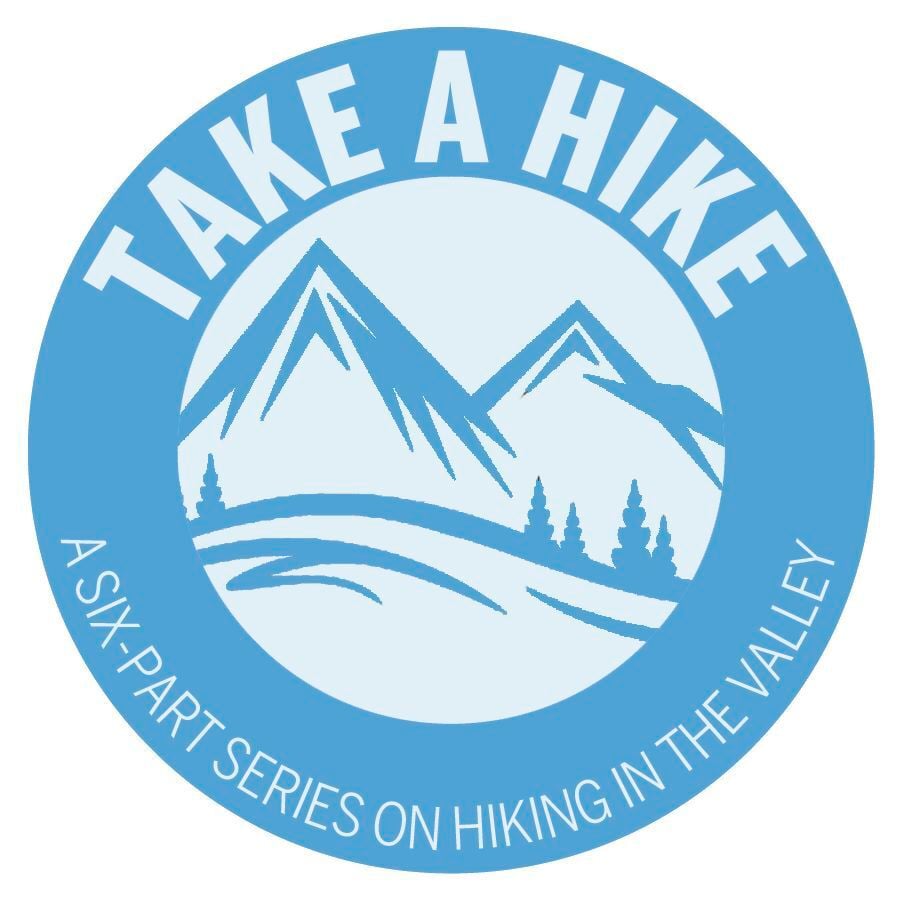 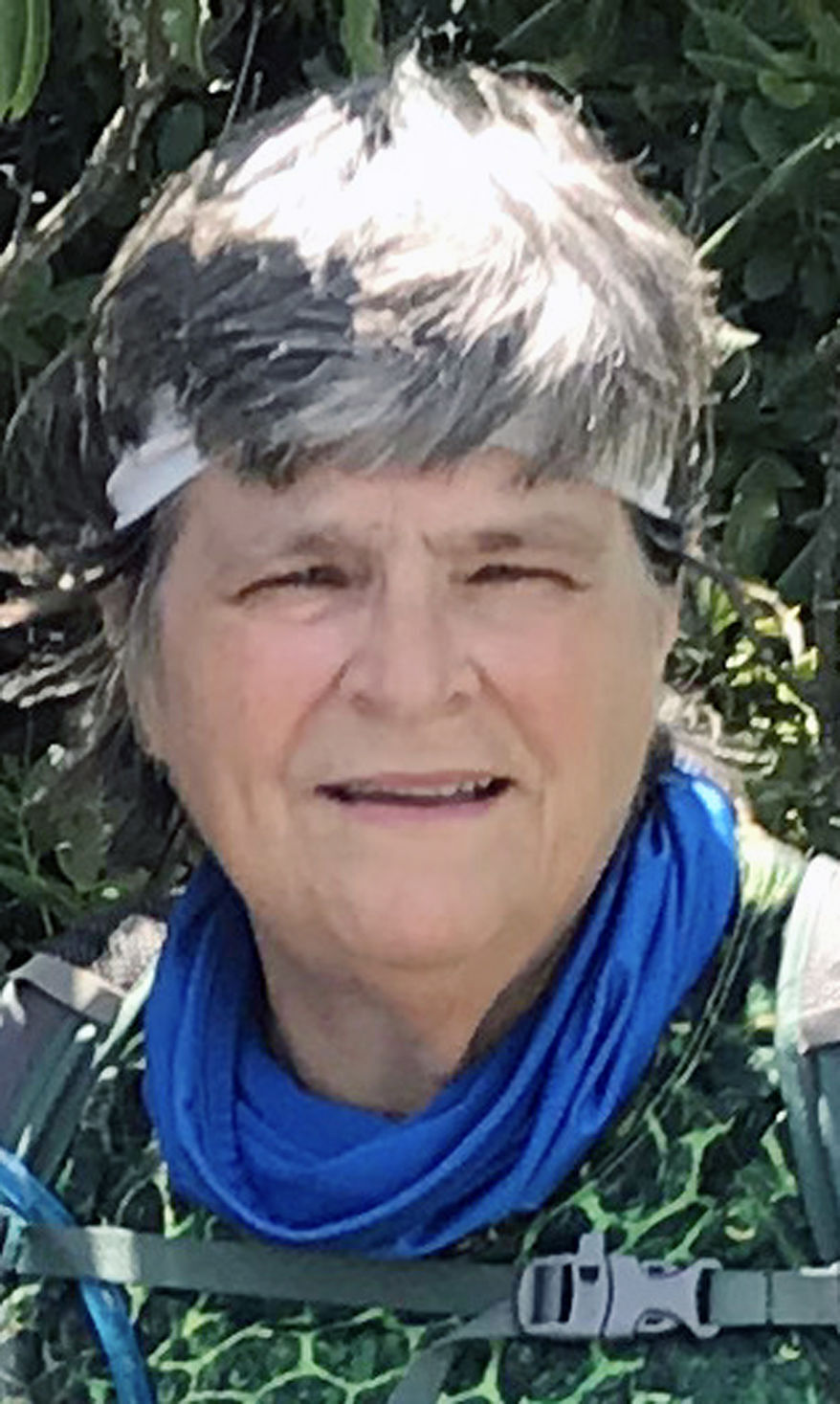 Nancy Sorrells writes stories about sports and history, including an occasional column, for The News Virginian. She is the Augusta County coordinator for the Alliance of the Shenandoah Valley, an advocacy group for the Shenandoah Valley’s rural characteristics and scenic beauty.