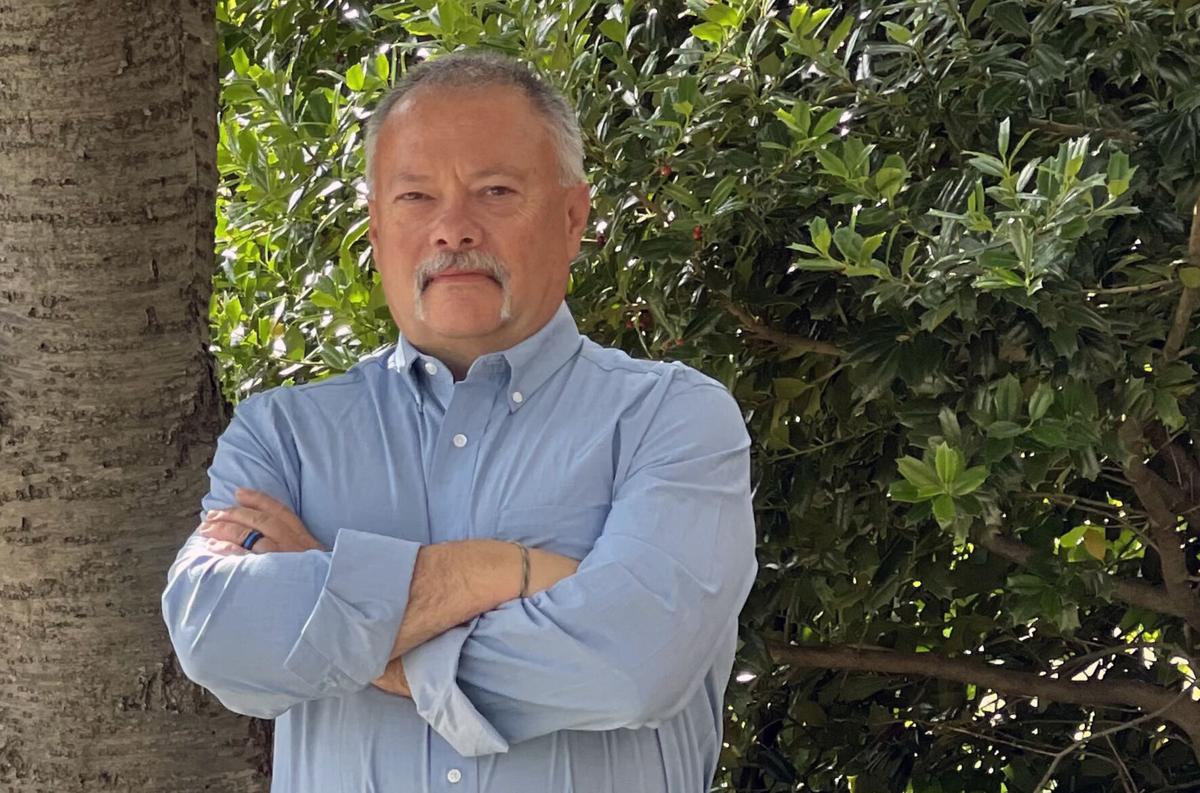 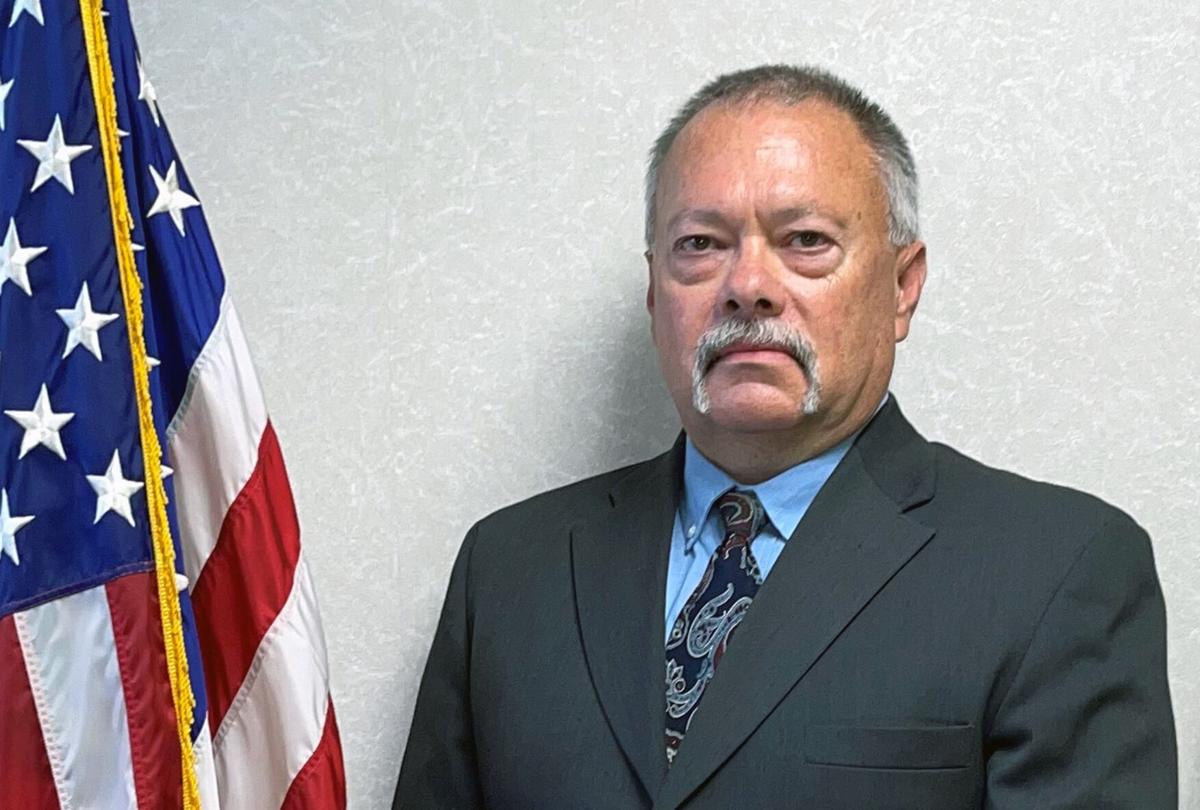 There’s a new Sheriff in town.

While Waynesboro residents will be voting for the state’s new governor, lieutenant governor and attorney general, those three positions will not be the only ones voted on in just a little over four months.

After years of service to the local community, Waynesboro Sheriff Joe Harris announced earlier this year that he would be retiring and not running for re-election in November, opening the door for two new candidates to assume the position.

Jessie Shaver, a 58-year-old K-9 officer for the Waynesboro Police Department, is one of them.

“To me, Joe Harris has been wonderful,” Shaver said. “Joe was a supervisor for me when I was on the street. He taught me a lot. He’s been a great Sheriff [and] done a lot for the Department. I just want to try to build on his legacy.”

While Shaver has been on the force for 31 years in Waynesboro, his service to the community started long before he ever put a badge on.

Before graduating from Waynesboro High School in 1982, Shaver started as a 15-year-old junior First Aid crew member for the Waynesboro First Aid Crew in the late ‘70s.

He later began working with the Waynesboro Police Department in 1990 and became a field training officer in 1992.

He is currently the Senior Crime Scene Technician for the WPD, but is arguably best known for his work as a K-9 Department Officer — a position he’s held in the department for 21 years.

Corey Fox, a maintenance supervisor at McKee Foods and volunteer with the Waynesboro Police Department, has seen Shaver excel at the position for decades and says that the ongoing success can always be traced back to his work.

“He says it’s the dog, but it’s not … it’s him,” Fox said. “It’s him knowing what to do, how to train the dog and being a team with the dog. He’s had that with four different dogs and that’s not an accident.”

Mike Martin, a close friend of Shaver’s and former Waynesboro Police Captain, said Shaver’s “heart was in the K-9 program” from the second he started the role at the turn of the millennium and has stuck with it ever since, leading to the city seizing more than a cumulative $3 million of illegal narcotics in his career.

According to Martin, handling such cases is all just in a day’s work for Shaver.

“He’s no stranger to stress and working complex cases,” Martin said. “If anything, the Sheriff position would probably be a little less stressful than what he does now … Jessie chews up stress and spits out results.”

Although he’s still serving the city, Shaver’s 31 years on the force have not gone unscathed. He’s taken his fair share of severe injuries over the years.

“He could’ve retired medically,” Martin said. “He’s been run over by a car several times, spit on, shot at and a variety of things over the years … and he’s never quit.”

To Shaver, while the injuries suffered were great, his love for his community has always been greater.

It’s also his greatest motivation for running for office.

Shaver says that in his career, he’s experienced “countless moments of both happiness and tragedy,” but in both the good and bad circumstances, “having the right officer there to stand by our citizens can make all the difference in the world.”

He also wants to see a greater sense of unity among the people he’s protected for three decades.

Should Shaver be elected, he has two top priorities he wants to establish on Day 1 at the position.

First is “establishing community trust and creating an atmosphere of complete transparency and accountability with the public.” Second is to build and maintain “the same level of trust and transparency inside the Sheriff’s Office.”

Shaver respects Officer Chris Johnson, his lone competition in the race, as both his opponent and a fellow officer, but feels his service of over three decades on the job in Waynesboro has prepared him for the position.

“If I’m elected to office on Nov. 2, I bring with me integrity, leadership and experience.” Shaver said.

Body found in a field in Stuarts Draft

Augusta County deputies found a body Saturday morning in Stuarts Draft which is probably that of a man recently reported missing.

'They work 16-hour days and get hit': Staffing crisis cripples only Va. mental hospital for children

When the aides who work at Commonwealth Center for Children & Adolescents pick up lunch at a local convenience store or buy their groceries, they see signs advertising jobs paying $14 to $15 an hour.

All in the family: Waynesboro Sheriff Joe Harris Jr. to retire after more than two decades

For just shy of 50 years, Waynesboro residents have only had to remember one name as their sheriff — Joe Harris.

The fair begins Tuesday and runs through July 31 at the Augusta Expo Event Center.

Two people were killed and an infant was seriously hurt in a multi-vehicle crash Wednesday on Point Lookout Road.

With less than three weeks remaining before the school year begins, Waynesboro officials are unsure whether there will be a mask mandate.

The board approved rules allowing transgender students to use the bathroom of their choice.

Children learned it’s OK to develop at their on pace on Saturday morning.