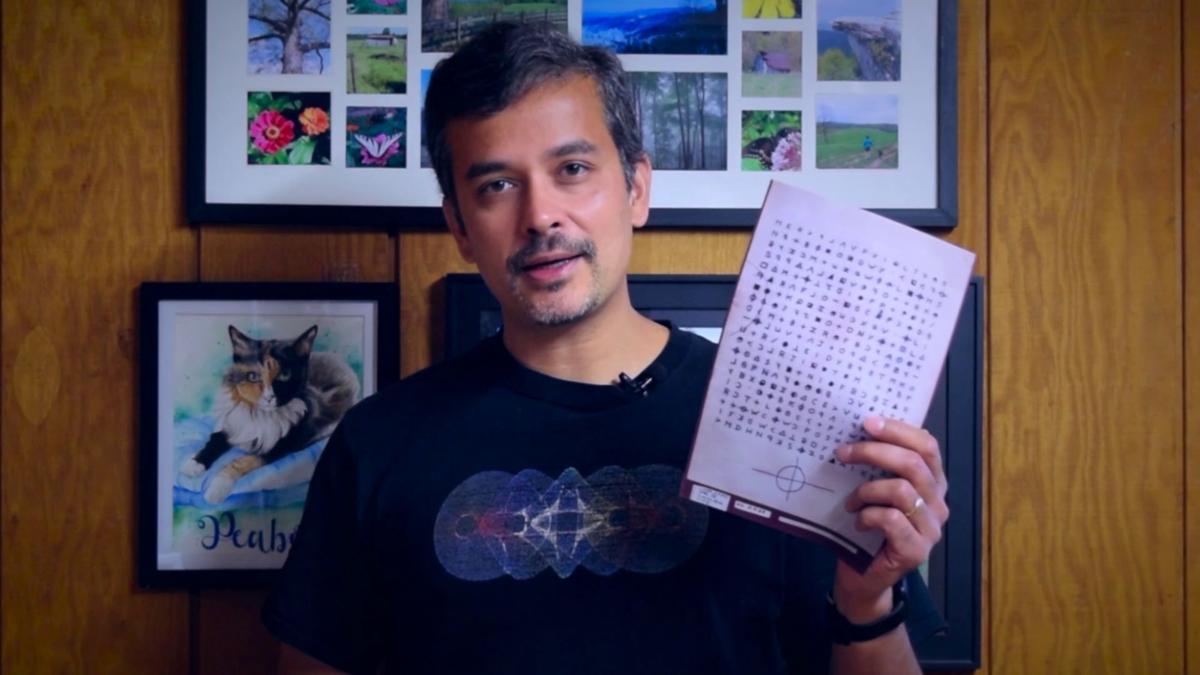 David Oranchak of Roanoke County recently explained in a 13-minute YouTube video how he and two two colleagues in Australia and Belgium helped crack a cipher from the Zodiac Killer” that had stumped authorities for more than half a century. 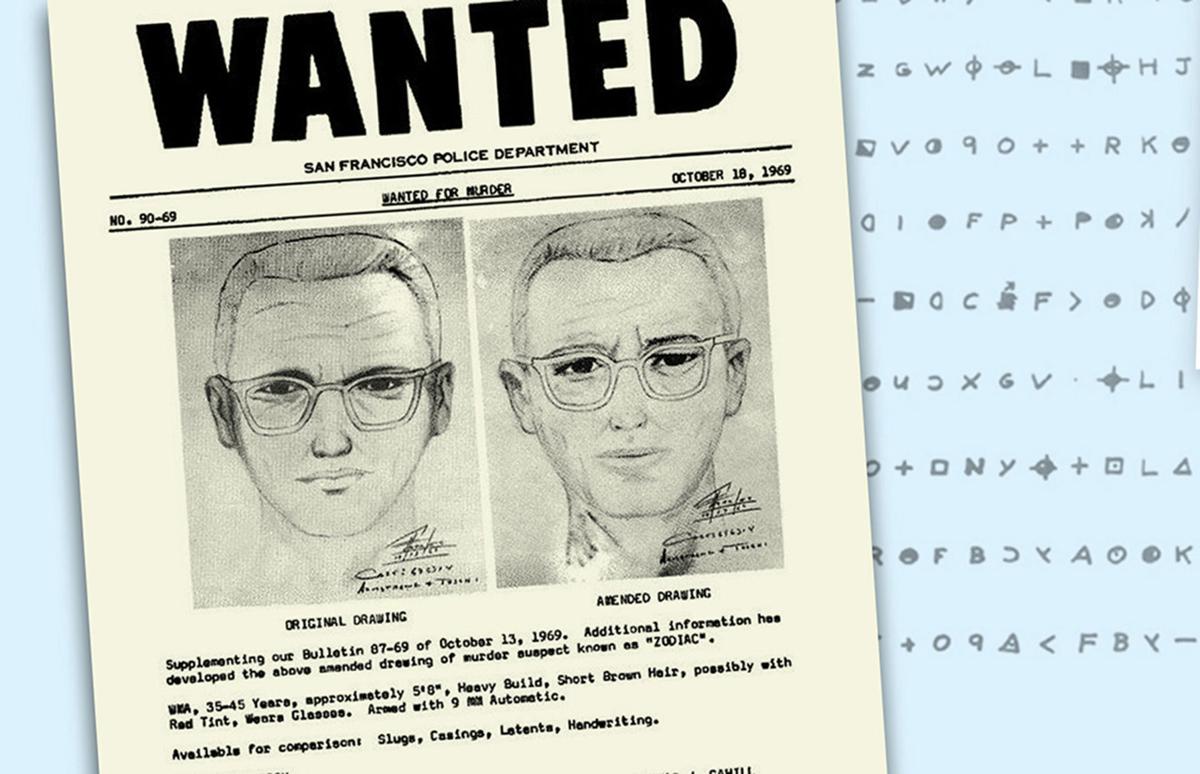 In the 1960s and early 1970s northern California was terrorized by a series of murders from the self-proclaimed Zodiac. Letters from the killer were sent to area newspapers with threats, demands and information only the killer would have known. Then in 1974, they abruptly ended. The Zodiac Killer was directly linked to at least five murders, but he hinted he had killed at least 37 victims. For more than five decades the case has remained open, with no sign of a resolution.

By Dan Casey | The Roanoke Times

Dec. 5th will probably be a long-remembered day in the household of David Oranchak and his wife, Kathryn Mustard. The couple live in southwest Roanoke County. She’s a mental health counselor, and he’s a computer scientist.

The mom and dad of two are avid distance runners. But it’s another hobby for which Oranchak has recently achieved a measure of fame: true crime sleuthing and cryptography. Early this month, Oranchak and a couple of far-flung colleagues successfully decrypted a cipher that had stumped experts and novices for 51 years.

It was from the Zodiac Killer, who attacked seven people — killing five — in 1968 and 1969 in the San Francisco Bay area. The serial killer worked with guns and blades and claimed multiple victims. The first six he attacked were young couples in secluded locations.

The last death linked to the Zodiac Killer was a taxi driver in San Francisco, whom the killer shot in the head at the end of a fare. Police never captured the killer, who remains unidentified, despite many theories over the past five decades about who it was.

The Zodiac Killer sent many letters and a handful of ciphers to news media, threatening to kill more people if the ciphers weren’t published. After the first one was, a high school teacher and his wife solved it in less than week, Oranchak said.

That was known as the “Z 408 cipher” — the number came from the number of characters in the code, which mixed letters from the alphabet, some of them backwards, and numbers with a variety of symbols. It was sent in three chunks to three different San Francisco-area newspapers on July 31, 1969.

The second (of four) coded messages, known as the “Z 340 cipher,” remained a mystery until Dec. 3, when a decoding program devised by a computer programmer in Belgium found a couple a stray phrases that seemed like they could have been linked to the Zodiac Killer.

It was one of 650,000 possible transpositions of the coded message calculated by Sam Black, an applied mathematician in Australia. Blake sent those to Oranchak, and he evaluated them using AZ Decryprt, a computer program authored by Jarl Van Eycke, a warehouse manager in Belgium whom Oranchak called “a very gifted programmer.”

AZ Decrypt ranked the possibilities among the 650,000 possible transpositions it came up with. One of the most promising ones led the trio to decode the rest of the message in two days, more or less working around the clock in their own time zones.

And on Dec. 5, Oranchak sent an email to the FBI’s Cryptanalysis and Racketeering Records Unit in Quantico. He had a professional relationship with the unit because of some work he’d done for them in his day job — so they knew he wasn’t a kook.

The feds certified the decryption as real that day. For Oranchak, it culminated 14 years of work on the Zodiac Ciphers, which drew his attention back in 2006, from some reading he did on true crime message boards.

Oranchak earned a bachelor’s degree in computer engineering at Virginia Tech in 1997, and later, a master’s in computer science. His wife, Kathryn Mustard, is a counselor at the university.

“Roughly 95% of my career has been developing web applications,” he told me.

Oranchak chronicles his code breaking on his YouTube channel, which features hundreds of videos. Just search YouTube for “David Oranchak.”

The most recent videos on the the channel feature news accounts of his, Blake’s and Van Eycke’s recent triumph in cracking the Z 340 cipher. But code cracking makes up only a small slice of the material there.

Many feature images of wildlife in the Roanoke region, the family’s travels to places such as Paris, Las Vegas and Orlando, or adventure sports they’ve participated in, such as the 2019 Blue Ridge Marathon.

The channel’s hundreds of videos have collectively racked up 3.34 million views. Almost half of those — 1.6 million views currently — were of the video Oranchak posted Dec. 11 announcing he, Blake and Van Eycke had cracked the Z 340 cipher.

It’s titled, “Let’s Crack Zodiac — Episode 5 — The 340 Is Solved!” The 13-minute video begins with this text: “We dedicate these efforts to victims of the Zodiac Killer, their family and descendants. We hope that one day, justice will prevail.”

Oranchak’s narration kicks off with, “Ugh — oh my God, this is a big one. We have a solution to the 340, and it’s real.” And then he runs down his relationship with Blake and Van Eycke.

Here’s the decryption they came up with:

THAT WASNT ME ON THE TV SHOW

WHICH BRINGS UP A POINT ABOUT ME

I AM NOT AFRAID OF THE GAS CHAMBER

BECAUSE IT WILL SEND ME TO PARADICE[sic] ALL THE SOONER

BECAUSE I NOW HAVE ENOUGH SLAVES TO WORK FOR ME

WHERE EVERYONE ELSE HAS NOTHING WHEN THEY REACH PARADICE

SO THEY ARE AFRAID OF DEATH

LIFE WILL BE AN EASY ONE IN PARADICE[sic] DEATH”

As far as Oranchak knows, the decoding hasn’t led to major breaks that would help authorities identify the serial killer.

“I don’t really know what’s going on behind the scenes” in the investigation, Oranchak said.

But there are still two uncracked Zodiac Killer ciphers. Oranchak said he had few hopes those will be solved, because they’re so short.

One is a single line that has 13 characters. The other is two lines and sports 32 characters. Oranchak told me there’s not enough material to analyze those the way he, Blake and Van Eycke did with the 340-character cipher. There are simply too many combinations of words that could fit the two ciphers.

He’s holding out a bit more hope that forensic genealogy — the kind of science that recently solved the Golden State Killer case, after many years of dead ends — will help authorities zero in on the Zodiac Killer.

As for his employers, they learned of Oranchak’s latest cryptographic triumph at the same time everyone else did — form the recent news.

“They were supportive and interested in it,” he told me. “It’s brought a lot of attention to me and my work. And it’s opened up lots of new opportunities.”

Fields deposition canceled due to claims of mental health issues

James Alex Fields Jr., one of several defendants in the federal Sines v. Kessler rally lawsuit, has been hallucinating and acting bizarrely, according to his counsel.

David Oranchak of Roanoke County recently explained in a 13-minute YouTube video how he and two two colleagues in Australia and Belgium helped crack a cipher from the Zodiac Killer” that had stumped authorities for more than half a century.

In the 1960s and early 1970s northern California was terrorized by a series of murders from the self-proclaimed Zodiac. Letters from the killer were sent to area newspapers with threats, demands and information only the killer would have known. Then in 1974, they abruptly ended. The Zodiac Killer was directly linked to at least five murders, but he hinted he had killed at least 37 victims. For more than five decades the case has remained open, with no sign of a resolution.