RICHMOND — Gov. Ralph Northam will be introducing a bill to abolish the death penalty that, if successful, would make Virginia the first Southern state to end capital punishment.

“I understand about timing and I suspect this is the year to end the death penalty in Virginia,” Northam told the Richmond Times-Dispatch on Tuesday.

Do you think Virginia should end the death penalty?

“I’ve felt strongly about this for a long time,” the governor said. “We’ve been doing so much good work on equity, especially criminal justice reform, and we have the majority in the House and the Senate.”

Although abolition bills have been introduced in the General Assembly frequently in recent decades, this appears to be the first time one will be introduced by a governor. This year’s regular session begins Wednesday.

Virginia has conducted 113 executions since the U.S. Supreme Court allowed the death penalty to resume in 1976, a toll second in the country only to Texas with 570. Since 1608, there have been nearly 1,300 executions in Virginia, the most in the country.

However, no one has been sentenced to death in Virginia since 2011, or executed since 2017.

And the state’s death row, which once hovered around 50, is now down to two men, both sentenced to death in Norfolk, who will have their sentences changed to life in prison without the possibility of parole if the bill becomes law.

Northam has said that while he opposes the death penalty, he was prepared to uphold Virginia’s laws including capital punishment. But he said Tuesday that at this stage in their appeals, neither man would be facing execution during his term.

“This bill would affect future governors, probably, more than it would me,” Northam said. He noted that no one had been sentenced to death in the state in nine years. “But, we need to take a permanent step — that’s what this is about, to end this in Virginia regardless of who is governor.”

On Tuesday, a federal judge in Washington issued a stay in two executions set for this week, including for Cory Johnson, 52, who was sentenced to death for seven 1992 murders in Richmond.

U.S. Sen. Tim Kaine, D-Va., wrote in a text message Tuesday: “Since Virginia has been a leader in executions, abolishing the death penalty here will also send a powerful abolition message across the country and world.”

Northam said Tuesday that he was not prepared to comment on what should or should not be said to the survivors of the victims in the Norfolk cases, who may believe the death penalty is warranted.

“But, I think it’s fair to say we always have to be respectful of victims’ families,” he said. “I think it’s well known, in a lot of cases ... the family members of the victims actually have been the ones who came forward and said we don’t agree with the death penalty.”

Northam said he has several reasons for opposing capital punishment. “I’ve always felt that it consumes an enormous amount of resources really without improving safety,” he said. “I think that’s very clear.”

Another concern is that innocent people have been sentenced to death, Northam said. He pointed to the case of Earl Washington Jr., who came within nine days of execution for a 1982 rape and murder in Culpeper that DNA later proved was committed by someone else.

“And then, I don’t know if it’s the doctor in me or just my human nature,” he said of his opposition.

Northam said he believes the chances the bill will pass in the Democratic-controlled General Assembly are good. “I haven’t polled every legislator but ... we’ve made a lot of progress in the last three years, especially the last year, with criminal justice reform and I think everybody agrees we need to continue.”

Alena Yarmosky, spokeswoman for Northam, said that it is unclear when the bill will be filed but that Northam is expected to endorse the legislation during his State of the Commonwealth address on Wednesday.

Del. Mike Mullin, D-Newport News, said Tuesday that he will carry the bill in the House and an identical bill in the Senate will be carried by Sen. Scott Surovell, D-Fairfax, and Sen. Bill Stanley, R-Franklin County.

“To our knowledge, there has never been a governor who has patroned abolition,” said Mullin, an assistant commonwealth’s attorney in Hampton.

“There have been bills in the House and Senate for at least 30 years that rarely, if ever, have gotten a hearing and certainly have not had gubernatorial backing,” Mullin said. “This is a sea change in criminal justice.”

“I have every expectation that we’re going to be able to achieve this in this session,” he said.

Last week a group of African American pastors in Virginia called for abolishing the death penalty in the upcoming General Assembly, citing racial disparities in its use. While Blacks make up 20% of Virginia’s population, they account for 46% of those executed since 1976.

According to the Death Penalty Information Center, 25 states, including Virginia, have the death penalty, 22 states do not, and three states have governor-imposed moratoriums.

The American Bar Association reported that as of January 2020, 33 states had either abolished the death penalty or have not executed anyone in at least a decade.

“Not only did this distillery allegedly dump tens of thousands of gallons of industrial waste into a stream, [its owner] also allegedly lied about it to investigators, and that will not be tolerated in Virginia,” the attorney general said.

“It is as archaic and as Neanderthal a process as I can imagine," said Sen. Joe Morrissey, the bill's lead patron.

Surf’s up at Smith Mountain Lake, but Virginia legislature is considering restrictions on wakesurfing

A water sport that's grown in popularity at Smith Mountain Lake since 2017 has prompted a proposed new state law because of safety and damage complaints from shoreline property owners.

The worst days of the pandemic in Virginia continue a day after the state recorded nearly 10,000 new COVID-19 cases. On Monday, the Virginia Department of Health reported 7,245 more, marking the state's second-highest single-day increase.

FALLS CHURCH — Loudoun County's top elected official is calling for the removal of a Virginia state delegate who participated in the mob march on the U.S. Capitol and then attacked his critics for failing to focus on "the needs of the colored community."

With 52 deaths and almost 500 active COVID-19 cases, the Virginia Department of Corrections is offering inmates who get vaccinated free email stamps and telephone credits and a care package filled with snacks and other commissary items.

Searchers from outside the area are coming to deploy specialized equipment they hope will find the body of Erik Mezick, the Maryland truck driver who plunged off the Chesapeake Bay Bridge-Tunnel more than two weeks ago. 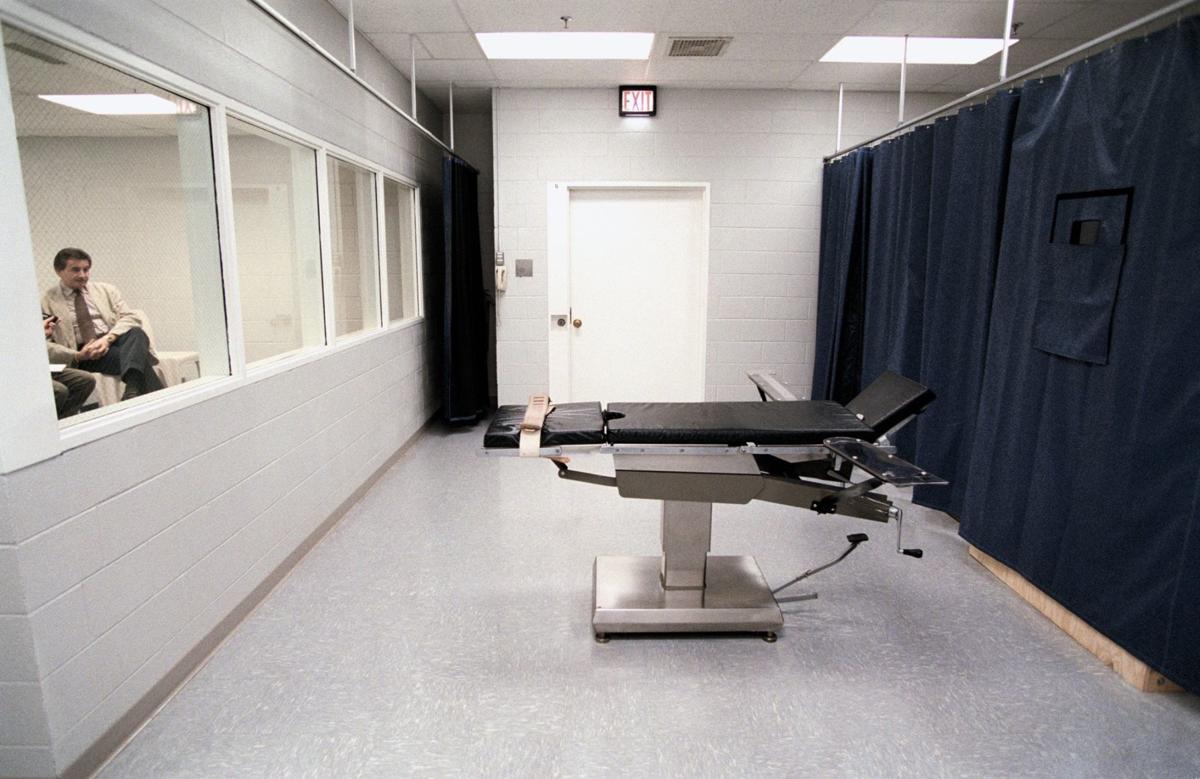 The execution table at the Greensville Correctional Center in Jarrett. Photo taken Dec. 20, 1994. 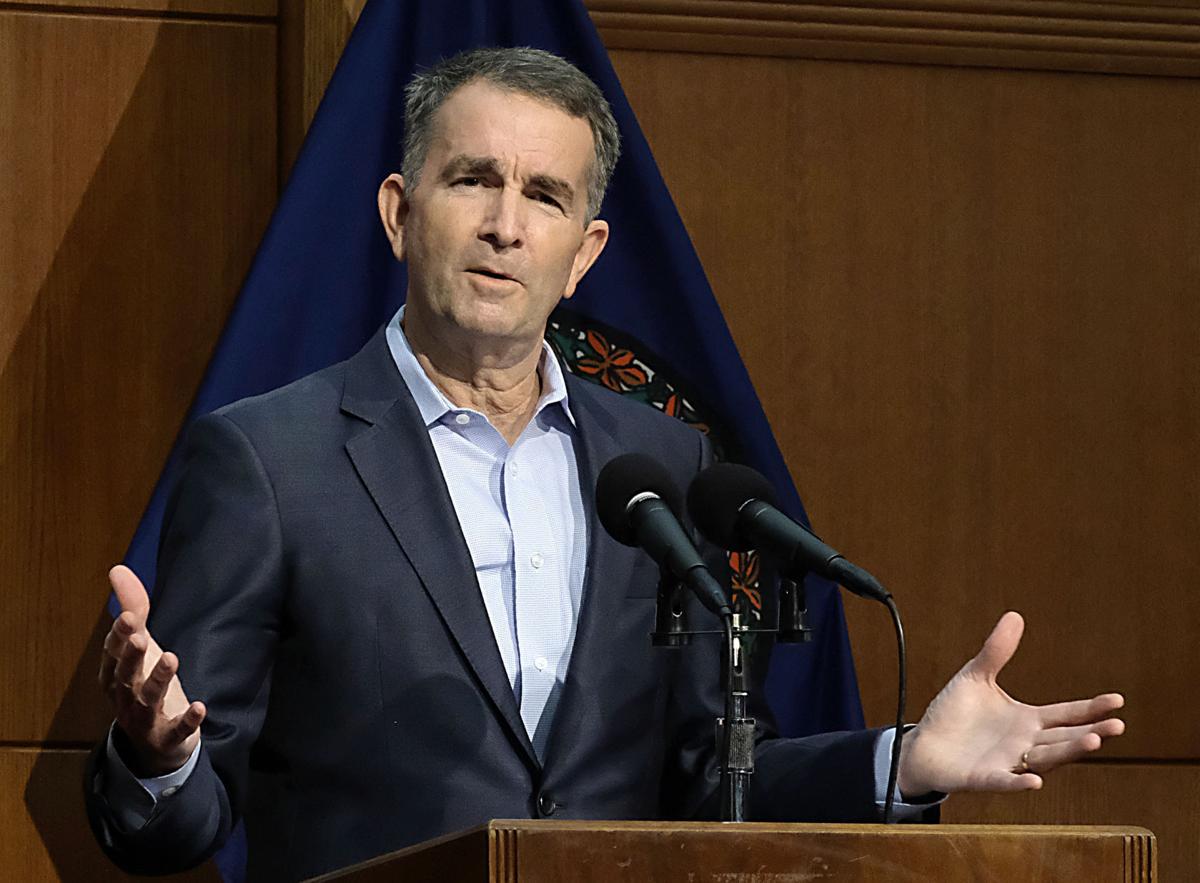 Gov. Ralph Northam addressed the public and the media during a recent COVID-19 briefing in Richmond.