NBA Finals: Scores and updates as the Heat vs. Lakers tip off

In the six years since the use of body cameras started to take off among American law enforcement agencies, Madison police have been somewhere between supportive and agnostic about the technology — often seeing cameras as less of a choice than an inevitability.

Madison’s overwhelmingly liberal elected leadership, though, has been slow to make any definitive decisions about the cameras.

Body cameras are in the spotlight again because of the police shooting Aug. 23 of Jacob Blake in Kenosha, where police also don’t have the cameras. An officer shot Blake in the back seven times, leaving him paralyzed, his family said. Police said that Blake had a knife and fought with officers. A bystander video shows the shooting.

At the time, some Madison Black Lives Matter activists favored police cameras, including current Madison School Board member Savion Castro, who as a college sophomore helping to organize a local “solidarity with Ferguson” rally, said good officers should welcome them because of the impartial evidence they can provide.

The Madison police report on body cameras, issued in November 2014, made no recommendations, and since then, three city committees have taken up the issue. Only one of them, the Community Policing and Body Camera Ad Hoc Committee, made a definitive recommendation, voting 4-2 in September 2015 against moving ahead with a pilot program out of fears the technology could be abused or seen as a false panacea for improving public trust in law enforcement, especially in minority communities.

Meanwhile, the city has in recent years passed up opportunities to apply for federal funding for body cameras for patrol officers and rejected an offer from Taser International to outfit officers with free body cameras for a year. Twice the City Council has rejected budget amendments to pilot cameras.

Madison’s most recent dive into body cameras came when two camera skeptics — Alds. Shiva Bidar and Marsha Rummel — sponsored the creation of the Body-Worn Camera Feasibility Review Committee, which is expected to make a recommendation by January on whether police should adopt the cameras.

Police, meanwhile, remain open to their use.

“We have never been opposed and this has been something the policymakers have discussed for years,” assistant Madison police chief John Patterson said in an email. “This is a decision with the (City) Council due to the significant budget needs we would have for full implementation — cameras, storage, personnel, etc.”

“The union’s position is we have always and will continue to welcome a body-worn camera program with open arms,” said Kelly Powers, president of the Madison Professional Police Officers Association.

Since Resnick’s resolution in 2014, there have been some subtle shifts in attitude on body cameras, with prominent people of color on the City Council joining its most outspoken police department defender, Ald. Paul Skidmore, in support of the cameras, and Madison’s most progressive activists and vocal police critics, including many white people, among cameras’ detractors.

In a statement last week, Madison Mayor Satya Rhodes-Conway, who is white, said “there are mixed feelings in the community” about the cameras and she looked forward to reviewing the report and recommendations from the most recent body camera committee.

Madison could take another look at equipping police with body cameras

City Council leadership, however, is solidly behind cameras. Council president Sheri Carter, who is Black, said she would be supporting the cameras, while vice president Syed Abbas also supports them.

Had a pilot study of the cameras been approved, it “would have provided a small-scale preliminary study to be conducted in order to evaluate the feasibility, costs, adverse situations, the impact on certain communities and provide an opportunity to improve on the study design in consideration of any full-scale implantation,” she said.

In its report, the other former committee to study body cameras, the MPD Policy and Procedure Review Ad Hoc Committee, notes the “sensitive and intrinsically political nature of many of the issues involved” in adopting body cameras, including the impact they could have on privacy and undocumented immigrants.

And it cites recent research on the effects of body cameras as a reason for revisiting the issue in the current committee. Such research has been mixed on whether the cameras help reduce the incidence of police use of force and complaints against police, or increase trust between police and citizens.

Bidar in the past has expressed concerns that body camera video could be used by federal immigration officials to detain undocumented immigrants, or harm police relations with Latinos. Last week, she said she would support the recommendations of the current committee studying cameras.

Rummel also said she’s waiting for the committee’s report and “weighing the benefit of more transparency with the requirement to add significant funds to police budgets” for the cameras.

“The question will remain if we adopt cameras how will we make police more accountable and how policing of community members historically subject to overpolicing (not just excessive force) will change,” she said in an email. “If we go forward with body cameras, I would want a policy that addresses when they are worn, who is required to wear them, and how the video can be used.”

Members of the Body-Worn Camera Feasibility Review Committee were sympathetic Thursday to arguments against police body cameras made by one of Madison’s most outspoken activist groups, Freedom Inc., which provides services to domestic violence victims and others but has gained attention for shouting down government meetings and blocking traffic to protest police “state-sanctioned violence.”

Consultant: Madison Police 'far from a department in crisis,' but improvements needed

“These things do not produce the outcomes we want,” Adams said of the cameras.

Committee member Keith Findley, a UW-Madison law professor, however, said that when he worked in criminal defense, he “would have given anything to have video,” because in the absence of video, judges believe police over suspects.

He said cameras generally can provide evidence that brings to light injustices that in the absence of cameras, wouldn’t be exposed, and said police body cameras could be “one tool” to be used with other proposed police reforms.

President Trump in Kenosha: 'This is going to heal very quickly'

Trump said his visit aimed to highlight the work of the National Guard members who have responded to protests. 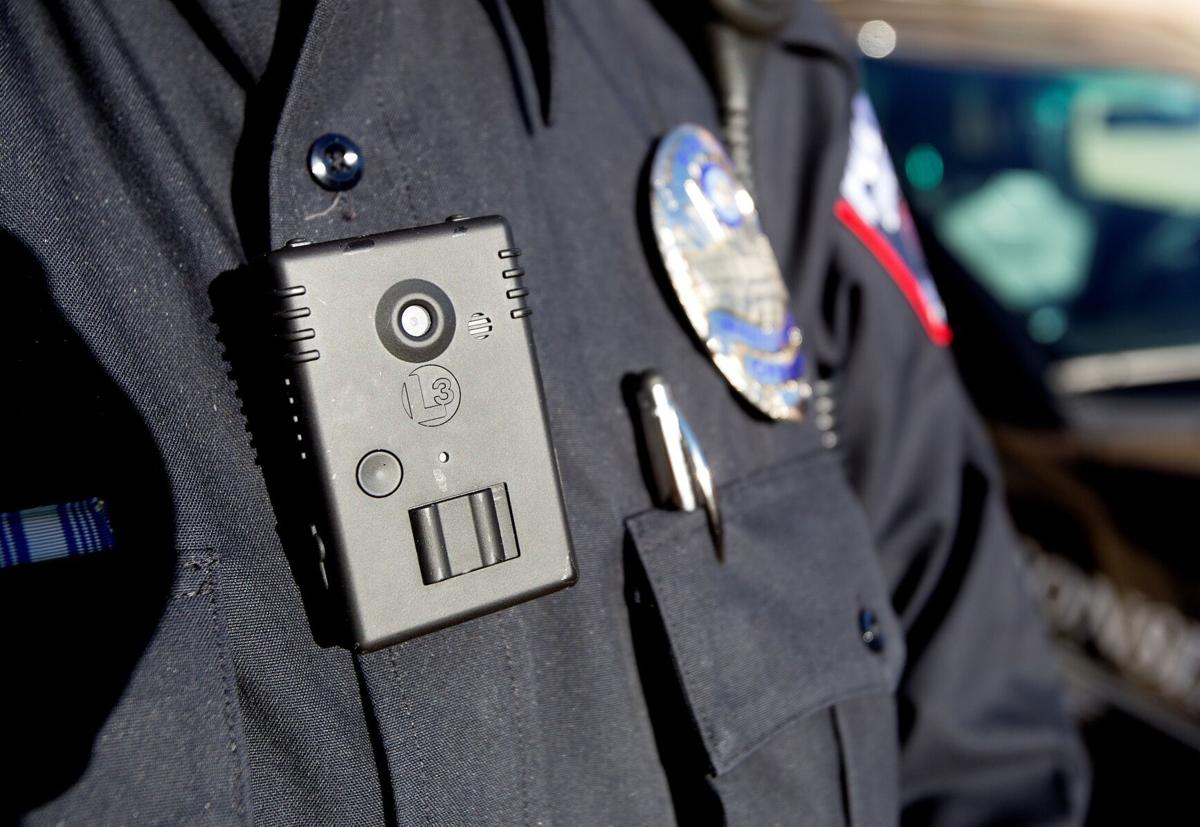 A police body camera is shown in this file photo. 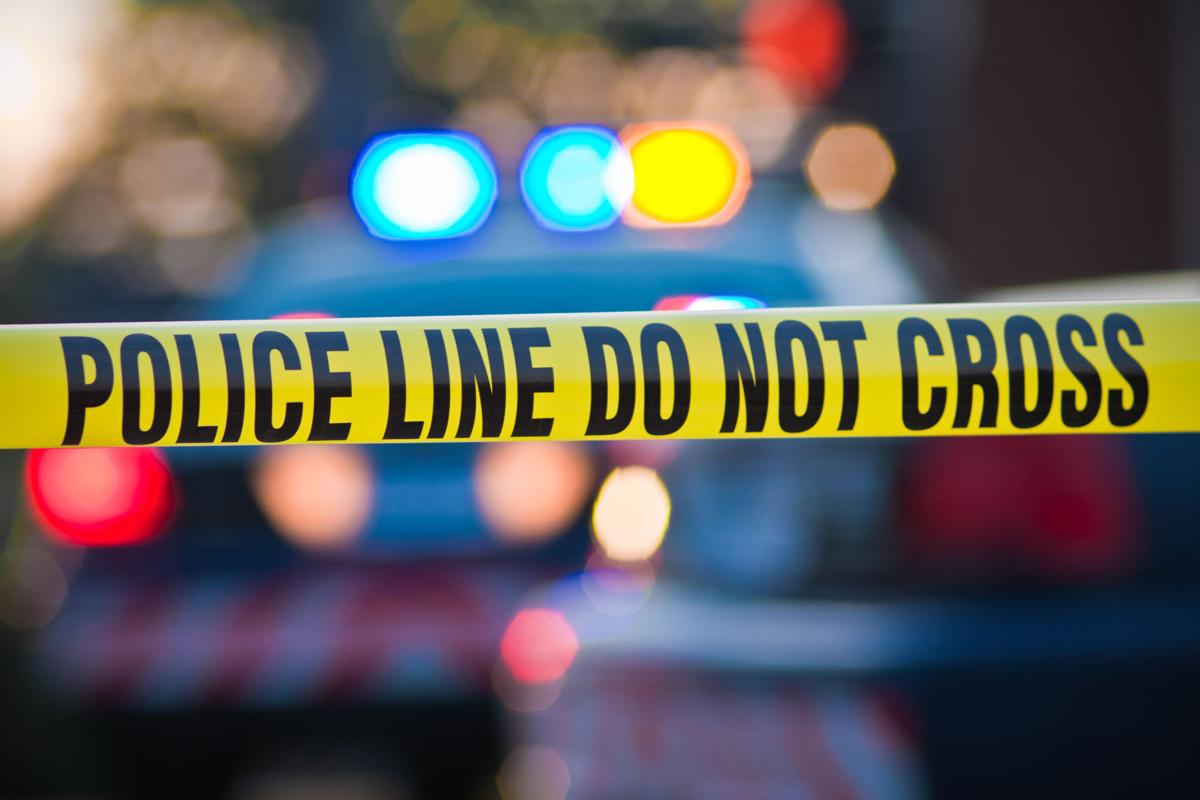 Read full coverage of the unrest in Kenosha in the wake of the shooting of Jacob Blake.