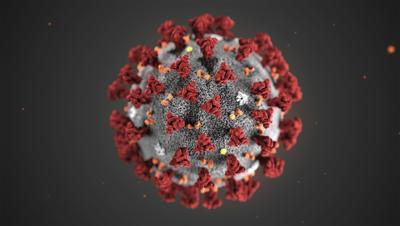 RICHMOND — The Virginia Department of Health reported Tuesday a total of 128,407 COVID-19 cases in the state — a 836-case jump from Monday and a 6,792 case increase from a week ago.

Figures from the Virginia Hospital & Healthcare Association show that 1,051 people are currently hospitalized and almost 15,800 total have been hospitalized and discharged. The number of people discharged continues to increase as hospitalizations decrease.

Ventilator use is at 20% with almost 4,000 inpatient beds available.

The 7-day positivity test rate — the amount of positive tests out of total tests administered — dropped slightly to 7.5% which is lower than the April peak of 20.6% but higher than the low of 3.7%.

Locally, the Central Shenandoah Health District spans about 293,000 citizens through the counties of Augusta, Bath, Highland, Rockbridge and Rockingham, as well as the cities of Buena Vista, Harrisonburg, Lexington, Staunton and Waynesboro.

246 people in the district have been hospitalized including 107 in Rockingham, 88 in Harrisonburg, 20 in Augusta County, 11 in Staunton, 10 in Waynesboro, four in Buena Vista, three in Rockbridge and three in Lexington.

VDH reported 63 deaths in the Central Shenandoah District — 33 in Harrisonburg, 20 in Rockingham, four in Augusta County, three in Waynesboro, one in Buena Vista, one in Lexington and one in Rockbridge.

State health officials have said there’s a lag in the reporting of statewide numbers on the VDH website. Figures on the website might not include cases or deaths reported by localities or local health districts.

Twenty-one miles of the Blue Ridge Parkway adjacent to Roanoke are closed, the longest closure in the entire system.

How to detect COVID-19 before an outbreak? Virginia Tech scientists testing wastewater as a bellwether

Wastewater testing offers another method to zero in on students who may be infected before they even know it.

The 5th Congressional District typically trends Republican, but this may be an unusual year in politics, too.

Rapper and entrepreneur Kanye West has appealed to the Virginia Supreme Court a Richmond Circuit judge's ruling barring him from Virginia's presidential ballot.

The Supreme Court of Virginia on Friday did not extend the moratorium on eviction proceedings as Gov. Ralph Northam had sought Thursday, citing slow progress on housing relief in the General Assembly’s special session.

President Trump in Kenosha: 'This is going to heal very quickly'

Trump said his visit aimed to highlight the work of the National Guard members who have responded to protests.

On the eve of President Donald Trump’s visit to Kenosha, where a police shooting and related protests have spurred calls for reform, Wisconsin’s Republican-controlled Legislature took a pass on swift action.