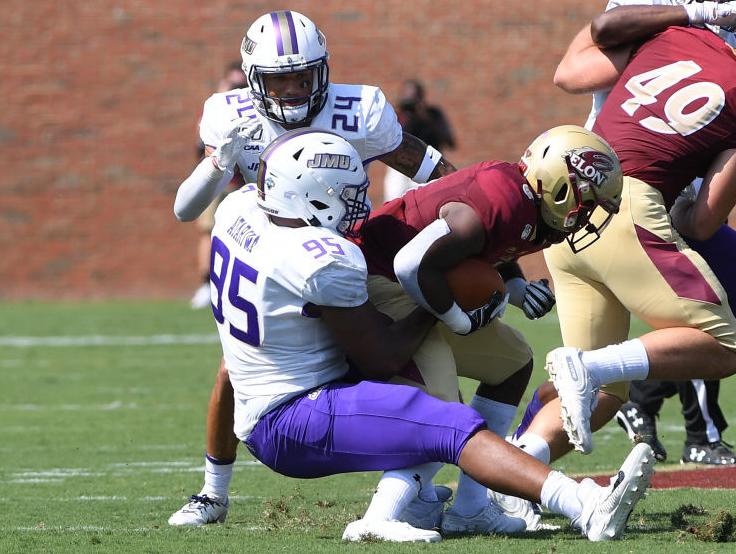 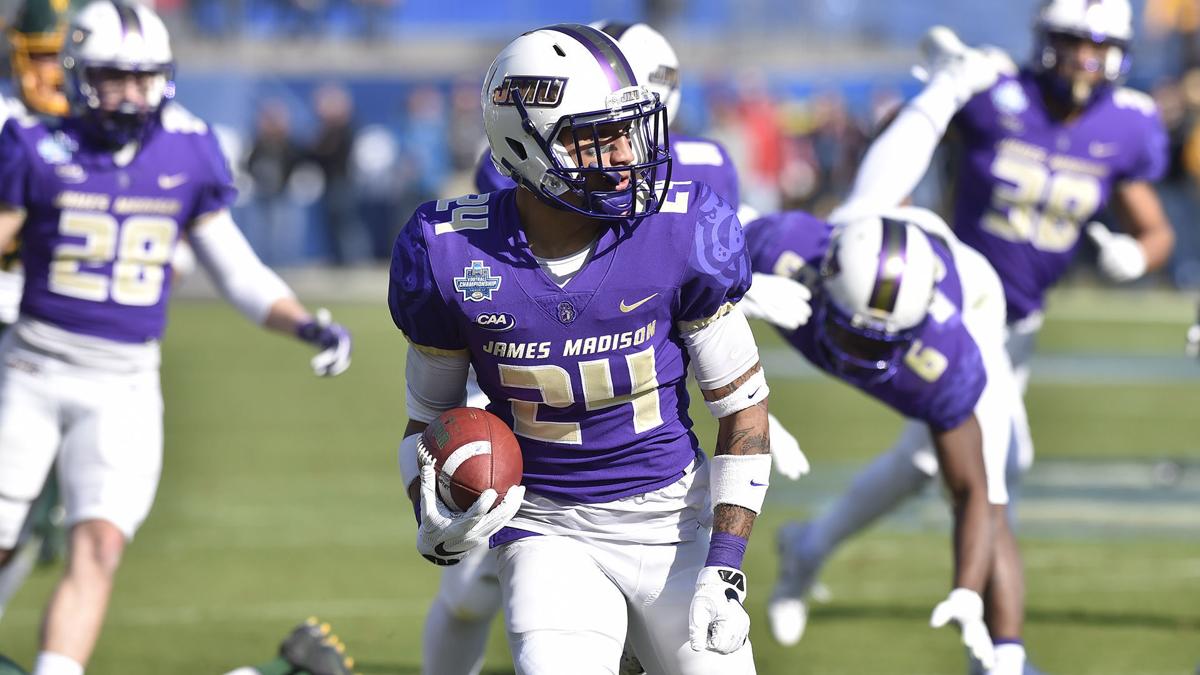 The James Madison football program announced the suspension of its fall season Friday. By Sunday night, two of the team’s best defenders announced their intentions to transfer to Virginia.

Adeeb Atariwa, a standout defensive tackle, and D’Angelo Amos, an all-conference punt returner and safety, decided to join the Wahoos. It’s the third FCS transfer the Cavaliers have added in August. FCS All-American running back Shane Simpson joined the program earlier this month after Towson’s fall season was suspended.

As Bronco Mendenhall surveyed his team’s needs, he noticed a few position groups where he wanted to improve.

“That just happened to coincide with some leagues dropping and players wanting an opportunity to play and so it’s probably the most NFL-like thing that I’ve ever been through as a college coach almost, you know, like free agency and waivers,” Mendenhall said.

Mendenhall saw needs, and the Cavaliers’ staff quickly noticed those players in the portal. They made a push to attract them to Charlottesville, and all three players committed.

It helps that the ACC still plans to play football this fall, and all three players hold NFL aspirations. The chance to compete at the FBS level in the fall ahead of the NFL Draft enticed the athletes.

For Atariwa, the decision wasn’t made lightly. He tried to view it as a business decision, but the emotional ties to JMU made it difficult.

“I had to kind of think about my future and for me personally, it felt like kind of a selfish decision just because I have been at JMU for four years,” Atariwa said. “I have my loyalty there and everything like that, but just thinking ahead, that wouldn’t be the best decision for me to stay there.”

Twenty or fewer FCS players have been invited to the NFL Combine in each of the past four seasons, and only 12 players received combine invites in 2020. None were from JMU, which made the FCS National Championship Game in 2019-20.

It’s significantly easier to gain NFL attention from a Power 5 program. UVa’s academic reputation helps the cause, too.

“What I could do there, what I could accomplish as far as education, it’s just all around a better choice,” Atariwa said. “I think this was the best decision for myself. I say ‘it’s so selfish,’ but really, I don’t think it’s a selfish thing at all. It’s what’s best for me so I can’t really be down on myself for moving schools.”

He doesn’t want to downplay the challenge of making the decision, but ultimately, he felt like the move was necessary.

Amos, who plans on living with Atariwa in Charlottesville, made the decision with a similar focus. He wanted to find a place where he could compete for playing time immediately at both safety and punt returner.

UVa, which is close to Amos’ hometown of Richmond, fit the mold while also keeping him close to home. The safety also paid attention to the team’s defensive scheme, noticing similarities to JMU’s defensive system.

“I just felt like it was the best fit and it was gonna give me the best opportunity to answer or solidify the question marks that NFL GMs or NFL scouts may have as far as, ‘Can he do it at the FBS level?’” Amos said.

If the Cavaliers don’t suit up this fall, the former Dukes will make their decisions about whether to try to turn professional or stick with the program until the next season occurs, whether that’s in the spring or fall of 2021. As of early August, they aren’t sure what they would do should the season be postponed.

Even with uncertainty about the fall ACC season, they feel the move makes the most sense for their professional futures. Regardless of what happens, they’re excited for the chance to move up to the FBS level in some capacity as a fall season approaches.

“I was trying to get the playbook and see what I was able to be sent to me already before I actually got down here once I made my decision, but with some of the rules and regulations we couldn’t,” laughed Amos, a self-proclaimed film junkie. “I’m already itching to get to that playbook and watch the film.”

Young Republicans say this is a crucial time in the country’s history amid the ongoing COVID-19 pandemic, the country facing a reckoning in its relationship with racial justice and an open Supreme Court seat.

"I wanted to give our guys something to have a little enthusiasm about. That's why I elected to take the points."