An old fable tells about a frog who lived in the bottom of a well. When the frog was thirsty, he drank a little bit of water from the well and when he was hungry, he ate some insects that flew into the well. When he was tired, he lay on a little rock at the bottom of the well and looked up at the sky above. To the little frog, the sky was a small circle of blue. He was happy and satisfied; for this was the only world he had ever known.

One day a bird perched at the edge of the well. The little frog looked up and said, “Hello! Why don’t you come down here and play with me? It’s so pleasant down here. Look, I have cool water to drink and countless insects to eat. Come down!”

But the bird responded with stories of an endless expanse of beautiful sky. The frog listened in disbelief then argued that the sky was small and round, for he had never been outside of the well and seen the entire sky. The bird tried to coax the frog out of the well so he could see the sky, but the frog sat on his rock, convinced he was right. Eventually the bird flew away in frustration and the frog was left alone to continue pondering his little patch of sky.

A while later a yellow sparrow swooped into the well, put the frog on its back and flew out of the dark well into the sunlight. For the first time, the frog saw flowers, trees, animals, mountains and rivers. Finally, the bird placed him on a lotus leaf in a beautiful pond where the frog enjoyed his days — never again to return to the well.

This fable is about perspective and how many people are unwilling to leave “the well” or the comfort of doing things as they have always been done. A lack of perspective or vision for what could be, often causes us to opt for what is known, familiar and comfortable. The greatest challenge of the Church today, is to think less of ourselves and more of those outside “the well,” who need to know about and experience the amazing grace and love of God. The challenge is to not just go to church, but to choose to actively be the church.

1 Chronicles 12:32a speaks of, “men of Issachar, who understood the times and knew what Israel should do….” These men are singled out in Scripture, not for their military prowess, but rather for their approach to life and present times. In other words, in understanding the times, they knew what relevant action to take.

And so, we as followers of Jesus should seek to be like the men of Issachar. In a culture that is often disinterested and even hostile to the message of Jesus Christ, we must properly understand the times in which we’re living. We must see the “writing on the wall,” such as the reality that the Church has lost much of the respect and influence that it once had, church attendance in the U.S. is at an all time low, churches nationwide are declining and many are closing and Christianity in America is declining by the generations.

I once heard a story about three sisters, ages 92, 94 and 96 who lived in a house together. One night the 96-year-old was preparing to take a bath and as she put her foot in, she paused and yelled to her sisters, “Was I getting in or out of the bath?” The 94-year-old yelled back, “I don’t know. I’ll come up and see.” So she started up the stairs and then paused, “Was I going up the stairs or down?” The 92-year-old was sitting at the kitchen table having tea and listening to her sisters. She shook her head and said, “I sure hope I never get that forgetful, knock on wood.” She then yells, “I’ll come up and help both of you as soon as I see who’s at the door.”

Too often, the Church has been like those three sisters, unsure of what to do. Understanding the times in which we are living, means that are willing to adapt to a changing world, in order to reach people who are far from God, with the understanding that while God never changes, everything else does. We can no longer expect people to just show up. We must choose to be the church, by being salt and light in our community.

The challenge of the Church in the 21st century, is for every follower of Christ to complain less about how things used to be and instead commit to serve and love selflessly.

Chad Grondin, pastor of West Waynesboro Church of Christ, is a columnist for The News Virginian. The views and opinions expressed in this column are those of the author and do not necessarily reflect the policy or position of The News Virginian.

Ben Cline will be up for reelection, and regardless of who his opponent might be, the best thing that could happen to us is for Cline to be defeated.

Pyles: Staunton mayor and council members shoud treat others the way they wish to be treated

It is hard to describe how dysfunctional the Staunton City Council appears to be to those watching it's handling of the courthouse.

Education in America, and Virginia, invariably works the hardest in helping the challenged and the exceptional, while less so for those in the middle.

It’s easy to be ignorant. That’s why so many people are so good at it.

So many people have been touched by drug addiction in some way yet it is still so stigmatized and underfunded.

Hearts of service and the human spirit seem to push forward, especially in the face of adversity in an intensifying crescendo.

Pyles: Next governor should ditch the car tax

Our next governor would do well to stand up for his rural constituents, who overwhelmingly stood up for him.

Moore: Why I’m leaving vegan milk and cookies for Santa

I’m leaving vegan milk and cookies out for Santa on Christmas Eve. The jolly ol’ chap cares about animals and the environment, after all, and even encourages his elves to observe Veganuary. Santa’s up on all the latest trends, so I bet he’d ask for oat milk if his visit wasn’t supposed to be a surprise. I just don’t want coal in my stocking, so I’m never going to offer Santa—or anyone ...

Richard Kyte: The importance of hospitality in a dysfunctional world

Commentary: We cannot address the symptoms of deep-seated cultural change through political fixes. Instead, we need to change the way we live.

Mercer: MLK holiday offers a chance to be great

A wood frog looks out from the clover. 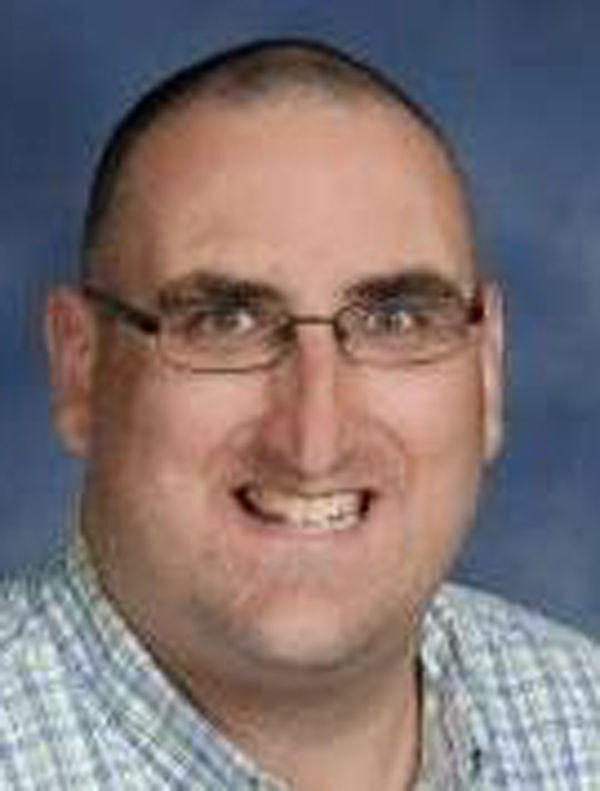 Chad Grondin, pastor of West Waynesboro Church of Christ, is a columnist for The News Virginian.