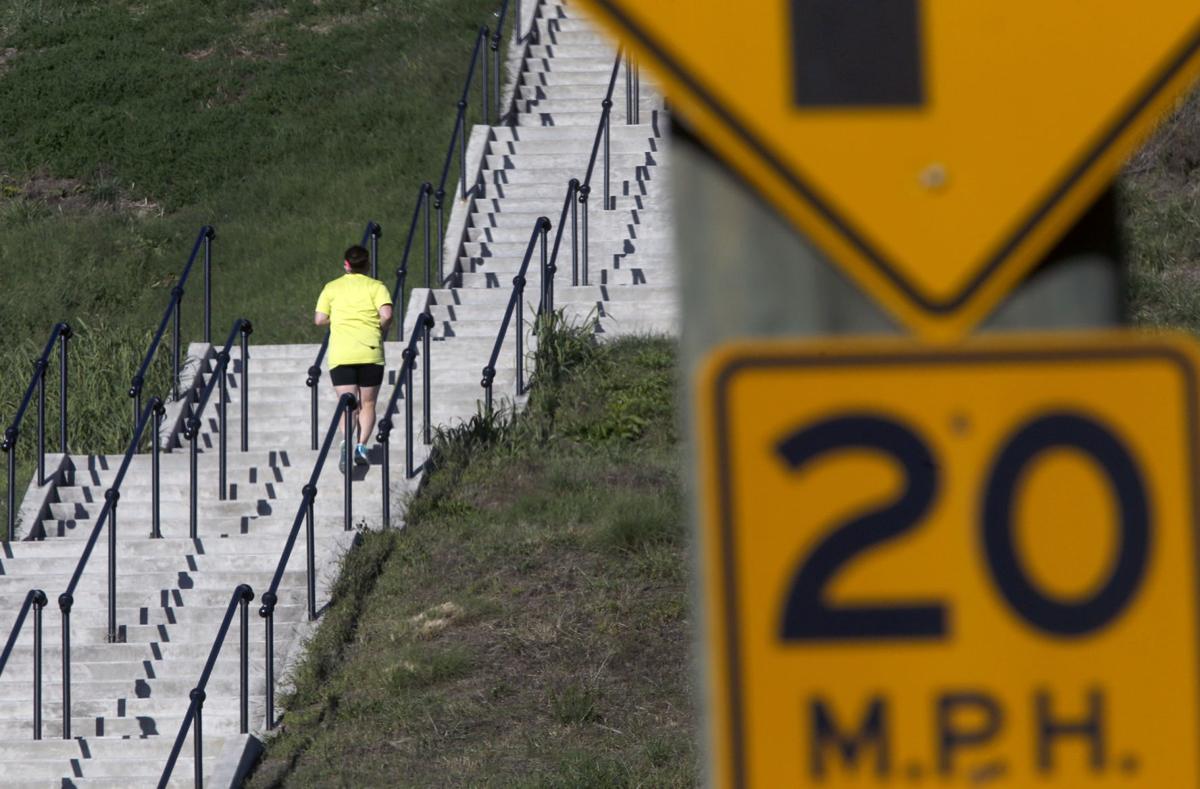 In late March, traffic moved along Interstate 95 near the Main Street Station in downtown Richmond.

In the spring of 2020, the arrival of COVID-19 caused unprecedented traffic shifts on roads across Virginia and the nation.

Amid stay-at-home orders aimed at stopping the spread of the coronavirus, fewer cars resulted in fewer accidents overall. In June, the Virginia Department of Transportation (VDOT) noted that there was a 45% decline in crashes in the initial months of the pandemic.

Despite that trend, Virginia Secretary of Transportation Shannon Valentine saw “great concern.” Travel at high speeds and the absence of seat belts contributed to a 78% jump in fatalities involving both factors. “We are urging all motorists to drive the posted speed limit and wear seat belts,” Valentine said in a statement.

Even with unprecedented pauses in driving, the message did not fully stick: 343 people who were not wearing seat belts died in 2020 crashes on Virginia roads, a 13% jump from the 304 fatalities in 2019.

“Dangerous behaviors like distracted driving, speeding, and not wearing a seat belt puts you and others at serious risk,” Gov. Ralph Northam said in an April 23 statement.

We agree. With April over, it’s important to recognize several efforts that carry a shared message: Virginians have to drive smarter.

April was Highway Safety Month in Virginia, and for good reason. As the summer approaches — and COVID-19 vaccines reconnect us to experiences that were put on hold over the past year — 2021 likely will be a year of higher traffic volumes.

Despite the data showing how seat belts save lives, and the tireless work by DRIVE SMART Virginia and other advocates to stress the importance of better behaviors, a recent release from the governor’s office cited a staggering statistic. More than 1.2 million Virginians do not buckle up, estimates show. That has to change.

“Wearing a seat belt helps prevent drivers and passengers from being ejected from a vehicle during a crash and can reduce the risk of fatal injury by 45 percent,” Valentine said this past week.

Speed also plays a role in mitigating risks on the road. Earlier this month, Virginia was one of 15 states to participate in the annual “I-95 Drive to Save Lives” initiative.

Held during the weekend of April 9-10, the two-day event involved an added Virginia State Police presence on Interstate 95. Fortunately, no fatalities occurred. But 194 people were cited for speeding, 11 were stopped for not wearing seat belts and 20 failed to follow the state’s new hands-free cellphone law, NBC 12 reported.

In addition to protecting riders inside of vehicles, the use of seat belts and the recognition of speed limits also help support efforts to improve the physical condition of our roads.

Earlier this year, the American Society of Civil Engineers (ASCE) released a fresh Infrastructure Report Card. While the nation’s overall grade was a C-minus, roads received a D, with more than 40% of the U.S. system in poor or mediocre condition. Roads in need of repair cost Virginia drivers $517 per year, the ASCE report added.

The final week of April (26-30) was National Work Zone Awareness Week, a time to remind drivers that good behaviors are a critical piece of highway improvement efforts. A VDOT release shows that while COVID-19 eliminated traffic congestion, accidents in work zones in the commonwealth continued. In 2020, there were 11 deaths and 1,547 people were injured.

“The 2021 construction season is off to a poor start with work zone safety, and we have had too many incidents already,” VDOT Commissioner Stephen C. Brich said in a statement. “The safety of our people is always the top priority for our agency, and we need the public’s help. Work zones present unique hazards and driving through them requires total attention.”

Those upgrades can’t happen as easily if drivers are reckless. Infrastructure improvements and highway safety go hand in hand, and Virginians have to drive smarter.

Editor’s Note: Editorials shared from other publications do not always represent the views of The News Virginian, but are offered in an effort to spread information and share different opinions.

Pyles: Raising the minimum wage should have been a no-brainer

The Biblical verse sometimes referenced when questioning how much is spent on social programs is 2 Thessalonians 3:10: “For even when we were …

Waldrop: A box of crayons prompts conversation on race

Pyles: Anne Seaton fought the good fight and inspired many

It was an afternoon meeting of Augusta County’s Board of Zoning Appeals. Despite the time of day and dry discussions of kennel placements, set…

The amendment was so problematic that two Jewish members of the SCC voted against it. That does not sound like anti-Semitism.

The residents of each state are responsible for educating their children and giving them the proper infrastructure for learning.

Hey batter batter, soon and very soon the first pitch will be thrown at the Kate Collins ballfield as the young college ball players come to town to play in The Valley Baseball League.

Editorial: Republicans hold their most unpredictable convention ever

Editorial: Carbon tax is ‘all pain and no gain’

If the idea of paying up to 50 cents a gallon in carbon taxes for more potholes doesn’t appeal, Virginians have until Friday to say so on the Transportation Climate Initiative’s public portal regarding its proposed model rule.

In late March, traffic moved along Interstate 95 near the Main Street Station in downtown Richmond.