Before the stunning victory against Troy, Appalachian State already had made national headlines by upsetting Texas A&M on the road a week after they pushed North carolina to the brink in a 63-61 loss. 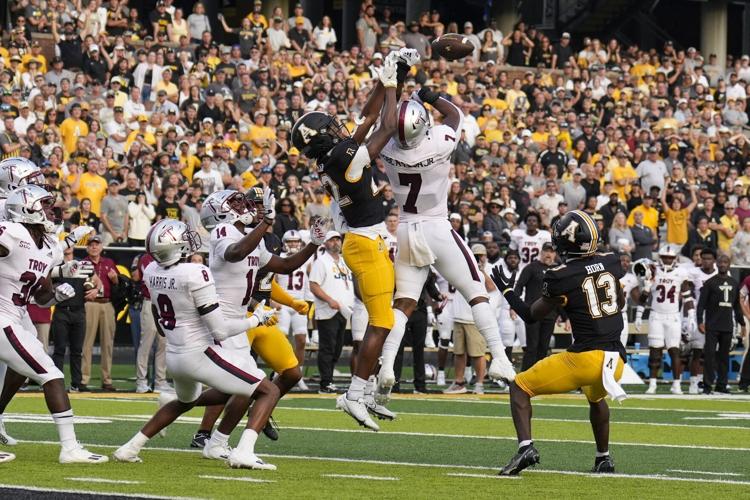 Christian Horn (13) caught Chase Brice’s heave off a deflection and scrambled into the end zone as time expired last Saturday to give Appalachian State a 32-28 victory over Troy. The Mountaineers have made a habit of dramatic finishes already in the young season.

James Madison players and coaches had long known they would start this football season with nonleague home games against Middle Tennessee State and Norfolk State. What the Dukes didn’t learn until March 1 was the opponent and venue for their Sun Belt Conference debut.

When officials unveiled the league schedule that morning, Sept. 24 jumped off the screen: JMU at Appalachian State.

Yes, the Dukes, who didn’t officially join the Sun Belt until July 1, were assigned the most challenging conference opener imaginable: on the road against the league’s foremost program.

What no one envisioned, however, was JMU encountering THE story of the season’s opening month.

And to think, the bedlam began with a loss.

App State opened 2022 at home against North Carolina, the Tar Heels’ inaugural visit to Boone. Since elevating their program to the FBS in 2014, the Mountaineers had hosted Power Five programs Miami and Wake Forest, but UNC, the state’s flagship institution, was different.

Riveting doesn’t do justice to what unfolded over four-plus hours at Kidd Brewer Stadium as the teams combined for 1,231 yards and 124 points. The fourth quarter alone featured 62 points, 34 in the final 5 minutes!

The Tar Heels survived 63-61 only when they stopped quarterback Chase Brice on a 2-point conversion attempt with 9 seconds remaining.

Surely the disappointment of that setback, the realization that scoring 40 points in the fourth quarter wasn’t enough, would render App State vulnerable the following week at then-No. 6 Texas A&M.

Stirring memories of the program’s celebrated 2007 road conquest of Michigan, the Mountaineers defeated the Aggies 17-14, prompting delirium in the streets of Boone, N.C.

Ticketed originally to broadcast from Miami-Texas A&M, ESPN’s College GameDay wisely altered course and headed to Boone in advance of App State’s Sun Belt opener last week versus Troy. To no one’s surprise, Mountaineers faithful flocked to the set, much like JMU fans did when the roadshow traveled to Harrisonburg in 2015 and ’17.

A two-touchdown Schnauzer, Troy led 28-26 with 2 seconds remaining. App State had possession at its 47-yard line, the distance ideal for Brice to uncork a prayer toward the end zone.

As Eastern Kentucky’s offensive line coach in 2005, Clark saw EKU defeat Southeast Missouri State 33-32 on a Hail Mary. That was the only time in his playing and coaching career that he had witnessed the play work.

Until Saturday, when Brice’s heave deflected off Mountaineers receiver Dalton Stroman to teammate Christian Horn at about the 8-yard line. Courtesy of an instinctive block from Kaedin Robinson, Horn scooted into the end zone for a 32-28 victory.

“You can’t really put a price tag on the exposure we’ve gotten for our university through national media and local media,” Clark said Monday.

The attention benefits not only the institution but also the football program and Sun Belt. Not to suggest that App State was some obscure college football outpost.

The Mountaineers won three consecutive FCS national titles from 2005-07 and have experienced nary a losing season since joining the FBS. This marks App State’s ninth year in the Sun Belt, and under three head coaches the Mountaineers are a sterling 55-10 in conference play, 6-1 in bowls.

JMU was 40-3 versus Colonial Athletic Association competition in the past six seasons, dominance that spurred the school’s FBS ambitions. The Dukes routed Middle Tennessee and Norfolk State to open this year, but neither of those opponents remotely resembles App State.

“We’re going to be tested,” JMU coach Curt Cignetti said, “like we have not been tested all year.”

At 61, Cignetti is 14 years older than Clark, but he has never been on the winning, or losing, side of a Hail Mary.

“Wow, I’ll tell you what,” Cignetti said. “What a game that was. Troy really played well, and App State obviously did, too. ... They kept at it until the very end, didn’t give in and made a great play. Nice block, nice catch. Tremendous win for them. It was a great day for App State.”

“I’d rather not go through that again,” Clark said. “I’d rather win by at least a touchdown. ... The last three weeks have been exciting for our program. It’s been a wild ride. ... I believe we have a good program here, and it’s good that the whole world can see it.”

At some point during the sold-out, season-opening game, someone entered Tech’s locker room and took some of the players’ personal items. The total value of the items was less than $8,000.

“This is big. Send a message to the whole conference. And show what we can really do.”

"That trophy's everything to us," WVU receiver Kaden Prather said.

The first thing Brent Pry does when he runs out of the Virginia Tech tunnel is take a look at the crowd. Size it up. See what the stage looks like on this particular day.

Hokies doomed by inept 'O,' penalties in loss to WVU

BLACKSBURG — Virginia Tech relinquished the Black Diamond Trophy indefinitely on Thursday night, and the Hokies have plenty of regrets about how it happened.

BLACKSBURG — Midway through the second quarter Thursday, Virginia Tech was poised to seize a two-score edge over West Virginia. Grant Wells had thrown his best pass of the night, a 21-yard laser to Kaleb Smith, and the Hokies had a third-and-1 on the Mountaineers’ 18.

The Atlantic Coast Conference office is moving to Charlotte, preserving the league’s North Carolina roots but departing the city of its origin.

Hokies doomed by inept 'O,' penalties in loss to WVU

BLACKSBURG — Virginia Tech relinquished the Black Diamond Trophy indefinitely on Thursday night, and the Hokies have plenty of regrets about how it happened.

Before the stunning victory against Troy, Appalachian State already had made national headlines by upsetting Texas A&M on the road a week after they pushed North carolina to the brink in a 63-61 loss.

Christian Horn (13) caught Chase Brice’s heave off a deflection and scrambled into the end zone as time expired last Saturday to give Appalachian State a 32-28 victory over Troy. The Mountaineers have made a habit of dramatic finishes already in the young season. 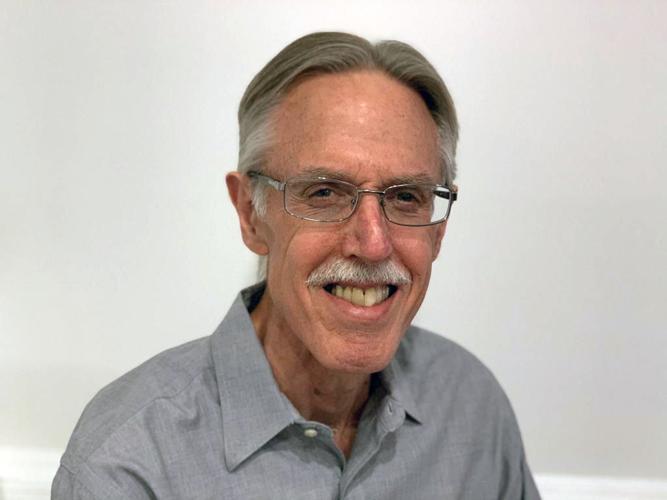