LANDOVER, Md. — Ron Rivera doesn’t seem like the type of person who would send back an undercooked steak, and he’s definitely not about to turn down an NFL victory.

When you’ve lost five straight games to an underwhelming division rival and you’re about to face a gauntlet of a schedule, you’ll gladly accept any breaks — especially when they come as gift-wrapped as Thursday’s dubious 30-29 triumph over the bumbling New York Giants.

“We were very fortunate,” Rivera said, getting no objections.

It’s less accurate to say Rivera’s Washington Football Team won the game as to state that the Giants lost it. Their litany of errors will fill the back pages of New York tabloids and keep the censors of Gotham radio call-in shows busy.

And, most notably, an offside call on Dexter Lawrence that gave Dustin Hopkins a second chance to win the game after his first field goal attempt, from 48 yards sailed wide right.

“I don’t know how we did it,” Washington’s Chase Young said, “but I’d say we did it together.”

That they did. In past years, it was often Washington that sabotaged its own chances. And to be honest, the home team was far from perfect on Thursday night, even after the steady drizzle abated.

Taylor Heinicke, aiming to become a 21st-century Kurt Warner, nearly spoiled an inspired performance by throwing a critical interception deep in his own territory with 2:16 remaining and his team clinging to a 26-24 lead. But a defense that had been porous to that point stiffened and held the Giants to a field goal, giving Heinicke the ball back with a chance to be a hero.

He delivered on his second chance — but it would have been for naught had the Giants not given Hopkins his mulligan.

“We did enough to get the win,” said defensive tackle Jonathan Allen, who contributed two sacks, “but moving forward, we just have to do better.”

Give Washington’s players and coaches credit for self-awareness. After celebrating a schizophrenic victory that could and should have gone the other way, they quickly realized that there will be no grading on a curve against defending division champions like Buffalo, New Orleans, Kansas City and Green Bay — all in the next five weeks.

An 0-2 start, with both losses coming at home, might have derailed the season almost before it began.

“Obviously, I’m happy about the result,” Hopkins said, “not only for myself, but for my team and what the ramifications will be later.”

Washington now has nine days to figure out how to get more from a heralded defense that tends to free-lance too much and allowed the Giants to score on five of their six second-half possessions. That group was supposed to carry this team while young offensive playmakers like Terry McLaurin and Antonio Gibson meshed with Ryan Fitzpatrick.

Instead, it’s the offense that’s clicking, with Heinicke growing more comfortable in his first real chance to lead a professional team.

Said Allen: “Thank God the offense was there to save us time and again.”

Even with a diversity of weapons, Washington isn’t likely to hit 30 points all that often, especially against the murderer’s row of upcoming opponents. It shouldn’t have to, if the defense shows the same maturity that Heinicke has.

Besides the undeserved victory, Rivera said he was proudest of his team’s grit. “We made a lot of mistakes and missed a lot of opportunities, but we were resilient,” he said.

And a bit lucky, which never hurts.

“I wouldn’t use the word ‘fortunate,’ because that takes away from what we did,” McLaurin said. “ ... but to come away with a great win on our home field before we go on the road is huge.

“We’re 1-1, 1-0 in the division. That’s the best we can ask for. I know we didn’t play our best clean game, but at the end of the day, we scored more points than they did. That’s what really matters.”

Jon Gruden's resignation raises new questions about how Washington investigation was handled, and how much the NFL knows

A number of prominent NFL analysts, as well as other stakeholders, called Tuesday for the league to release its findings from an investigation into the Washington Football Team. 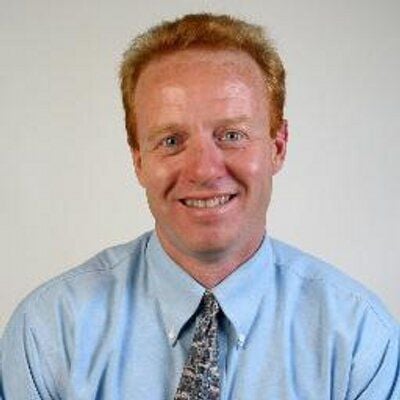