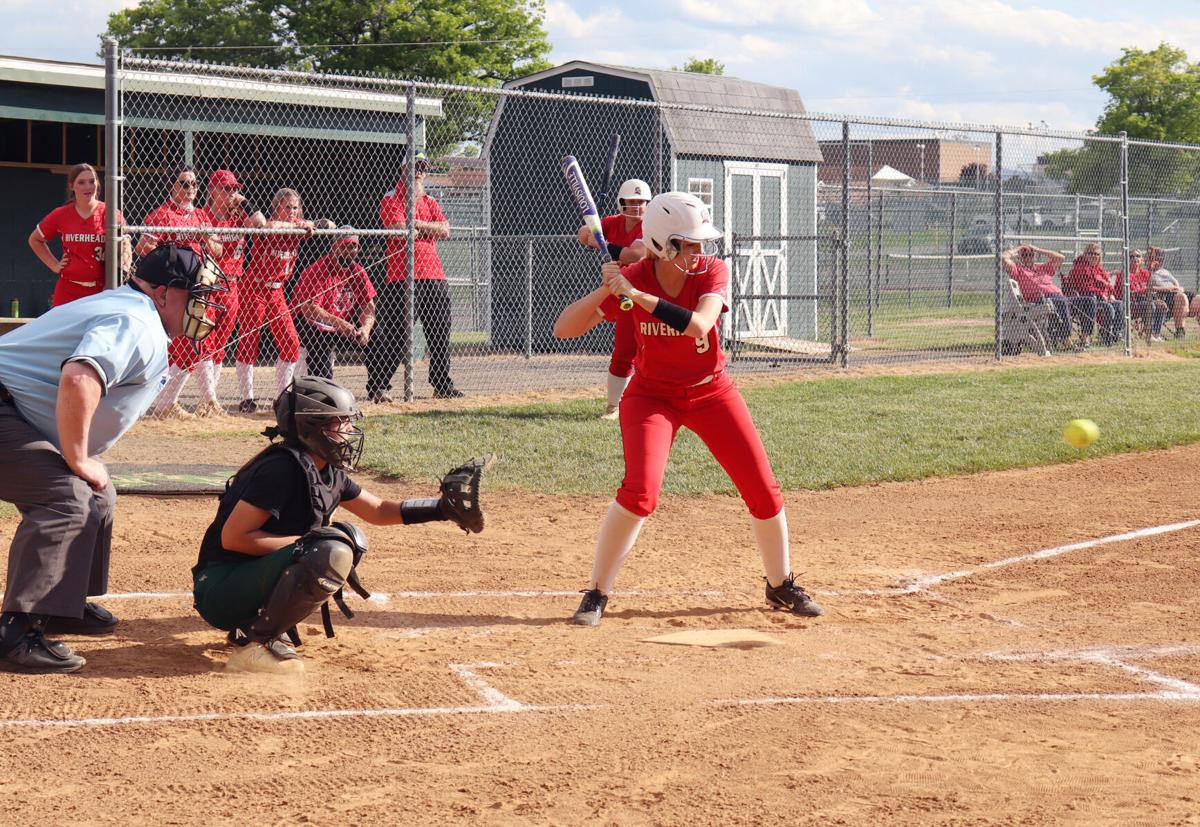 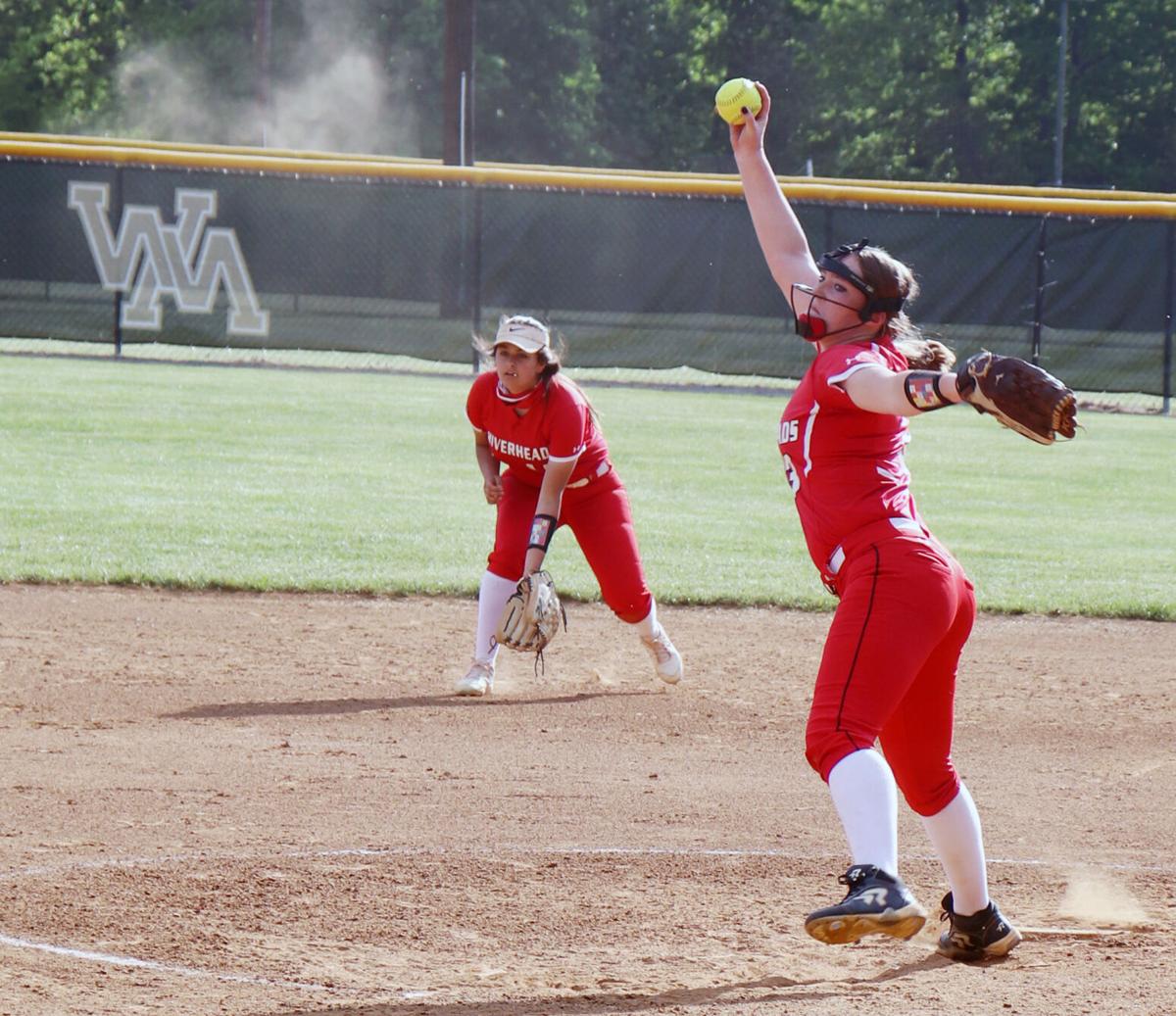 FISHERSVILLE — Wilson Memorial had to work overtime on the softball diamond Tuesday, but the pay off in the end was worth it.

The Green Hornets pushed across the winning run in the bottom of the ninth inning for a 5-4 come-from-behind victory over the Riverheads Gladiators in the Shenandoah District opener for both teams.

Wilson (3-0, 1-0) had fallen behind 4-1 when the Gladiators plated three runs in the top of the fifth, but the Hornets responded with two in the bottom of the frame on Jaya Diggs-Hagwood’s two-run homer before she tied the game in the seventh on a long sacrifice fly that scored the runner from second base.

Then in the ninth, the Hornets plated the winning run without the benefit of a hit off Riverheads reliever Alexis Davis, who was pitching her first inning in relief of emergency starter Olivia Lyszaz. Brooke Cason laid down a bunt to start the ninth and the throw to first sailed high, allowing Cason to reach second. After a wild pitch moved Cason to third, Diggs-Hagwood hit a long fly to left that easily plated Cason with the winning tally.

Riverheads (0-1, 0-1) was playing its first game in nearly two years. The last time the Gladiators were on the diamond was June 2019 in the Class 1 state semifinals where they lost a heartbreaking 2-1 decision to Auburn.

If the 23-month layoff wasn’t enough, head coach Mike Walters found out at 3 p.m. that starting pitcher Destiny Good was unavailable to play because of sickness.

Lyszaz, making her first career start, threw 118 pitches through her eight innings of work. She allowed four runs and nine hits. She didn’t record any strikeouts or walks.

“I can’t say enough about how she handled the spot she was thrown in at the last minute,” Walters said. “She kept us right there the whole game.”

The Hornets got a superb relief performance from Diggs-Hagwood, who came on in the fifth after starter Reagan Frazier was touched for three runs. Frazier had to leave the circle after taking a wicked one-hopper off her left shoulder. Diggs-Haywood came on with the bases loaded and none out, and promptly struck out the next three batters.

“Our pitching was good all night,” Wilson first-year head coach Robbie Martin said. “Timely hitting and clutch pitching kept us in the game.”

The Gladiator struck first in the opening inning when Sam Charles stroked a two-out single. Charles was caught straying too far off first, but the pickoff attempt from catcher Kendall Eavey sailed into the right field corner, allowing Charles to come around to score.

But Wilson responded in their first at-bat when LeAnna Rankin slapped an opposite-field single to left, stole second and rode home on Ashlynn Ross’ RBI single up the middle.

“You could see the jitters in the first inning,” Walters said. “But after that we settled down and started playing Riverheads softball. I can’t say enough about how all the girls played for the first time out.”

The score remained deadlocked at 1-1 until the fifth. Pearl Bass led off with a single and Lyszaz roped a triple to deep right, giving Riverheads a 2-1 lead. Charles followed with a run-scoring single, and after Cheyenne Deming walked and Sydney Phillips reached on a bunt to load the bases, Alexis Davis’ smash off Frazier’s shoulder plated the third run.

But Diggs-Hagwood silenced Riverheads the rest of the way, retiring 15 of the 16 batters she faced. The only baserunner came on Lyszaz’s one-out double in the sixth. She fanned eight batters and walked none.

After Diggs-Hagwood’s blast pulled the Hornets to within 4-3 after five, the Hornets tied the game in the seventh, but not without drama. The first out came when courtesy runner Elise Bradley tried to score from second on Cason’s single, but was tagged out trying to scamper back to third. With Cason on second after the play, Diggs-Haywood hit a drive to the warning track in right-center. Gladiator right fielder Maggie Robertson made a spectacular diving catch, but Cason alertly tagged up and sped around to score the tying run. Riverheads appealed at second, hoping Cason had left too early and the game was over, but the umpire ruled she had not.

Although the Hornets got their third straight win after previous victories over Waynesboro and Spotswood, Martin said there are things that need work before the next game.

“We have to work on our baserunning and our fielding,” he said. “We need to tighten up there.”

Riverheads has its home-opener Thursday against Staunton, while Wilson hits the road Friday to Stuarts Draft.

NBA Finals: What is the best result for the books?

Should there be concern around the Yankees?

Should there be concern around the Yankees?

The Waynesboro High School girls soccer team came away with a region-qualifying victory over visiting Turner Ashby in the semifinals of the Valley District soccer tournament.

Wilson Memorial broke open a close game with four runs in the fifth inning and the Hornets went on to defeat the Riverheads Gladiators on Tuesday.

The Hornets claimed a mercy-rule shortened 12-2 win in six innings to punch a ticket to regionals.

Shenandoah District athletes left the Region 2B championships with a whole lot of trophies.

The match was close, but in the end, the long drive and the heat proved too much for the Riverheads girls tennis team.