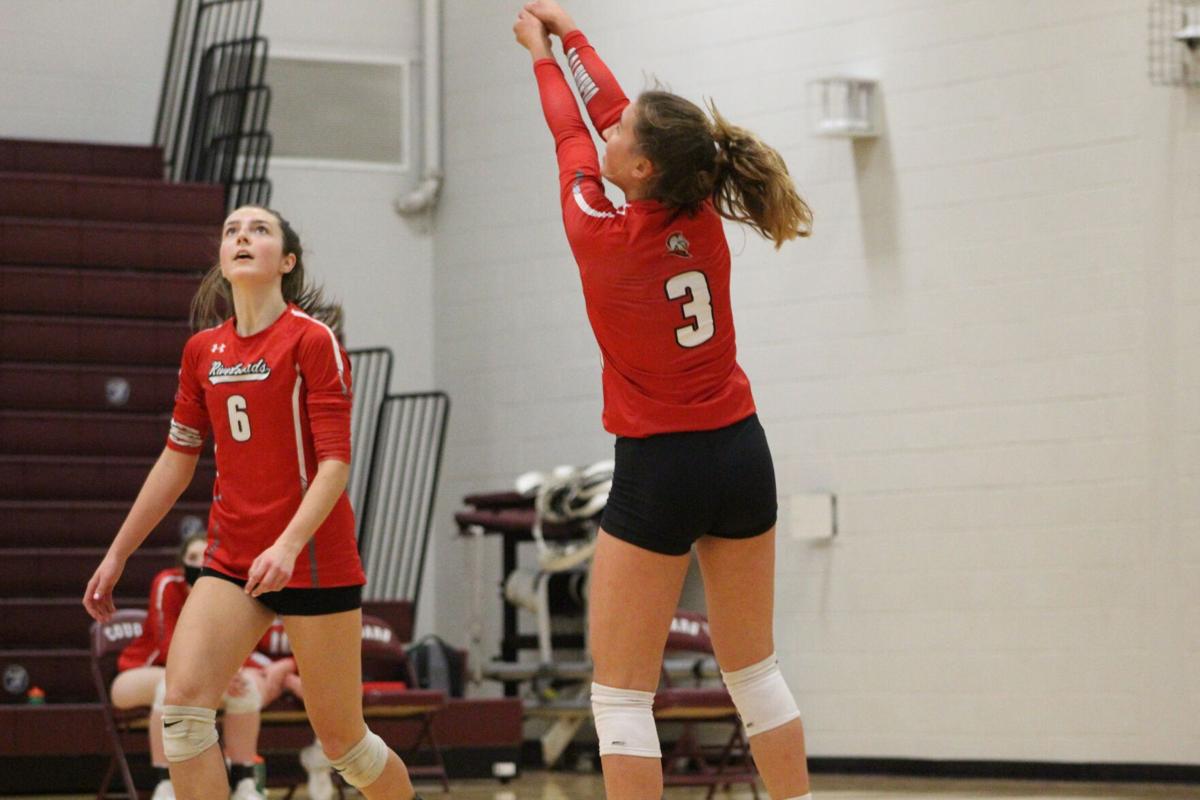 Riverheads' Amelia Tomlinson bumps the ball over the net to the Cougars on Thursday in Stuarts Draft. 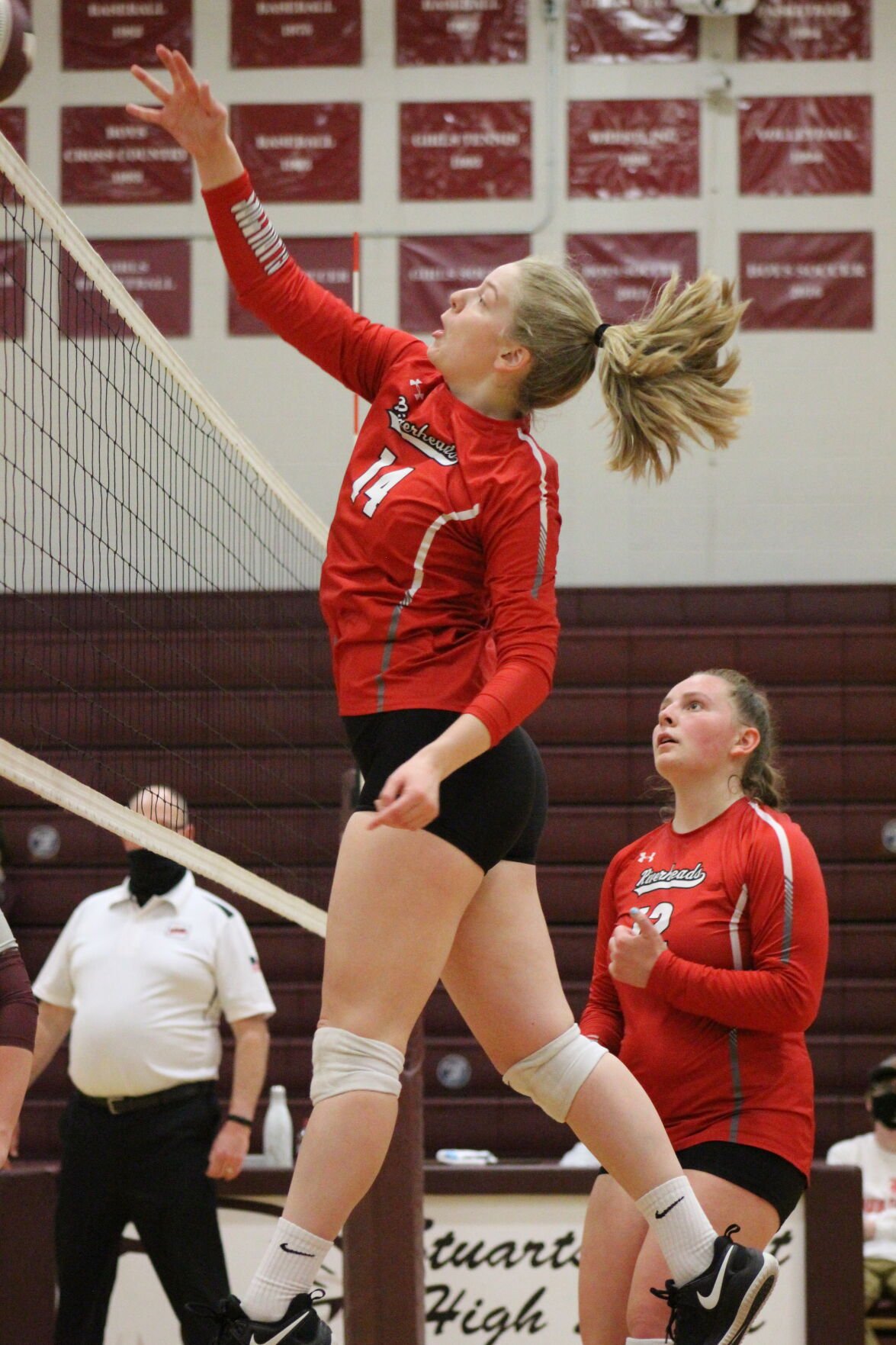 Riverheads' Eva Frederick hits the ball over the net Thursday against the Cougars in Stuarts Draft. 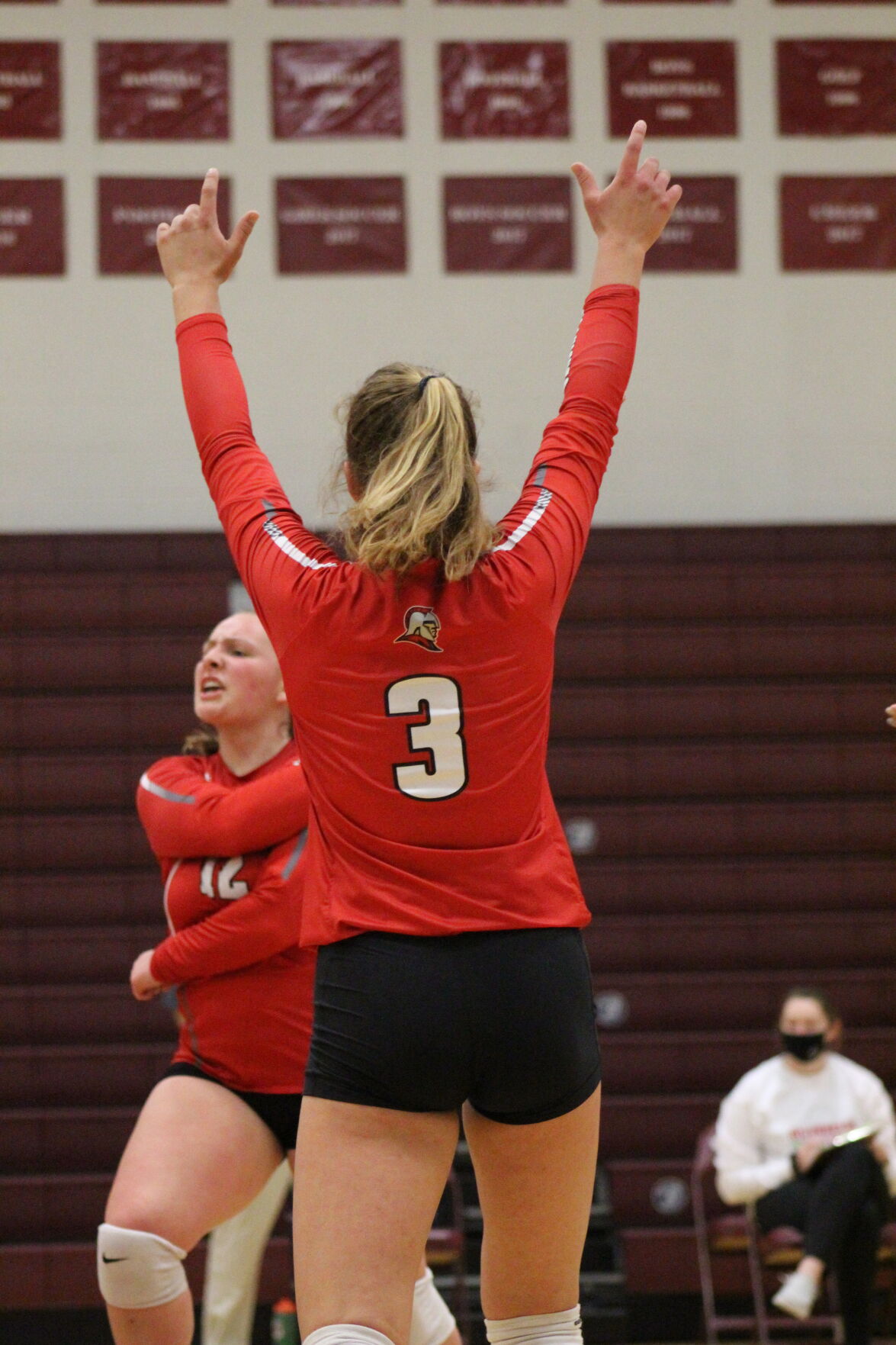 Riverheads' Amelia Tomlinson celebrates a point Thursday against the Cougars in Stuarts Draft. 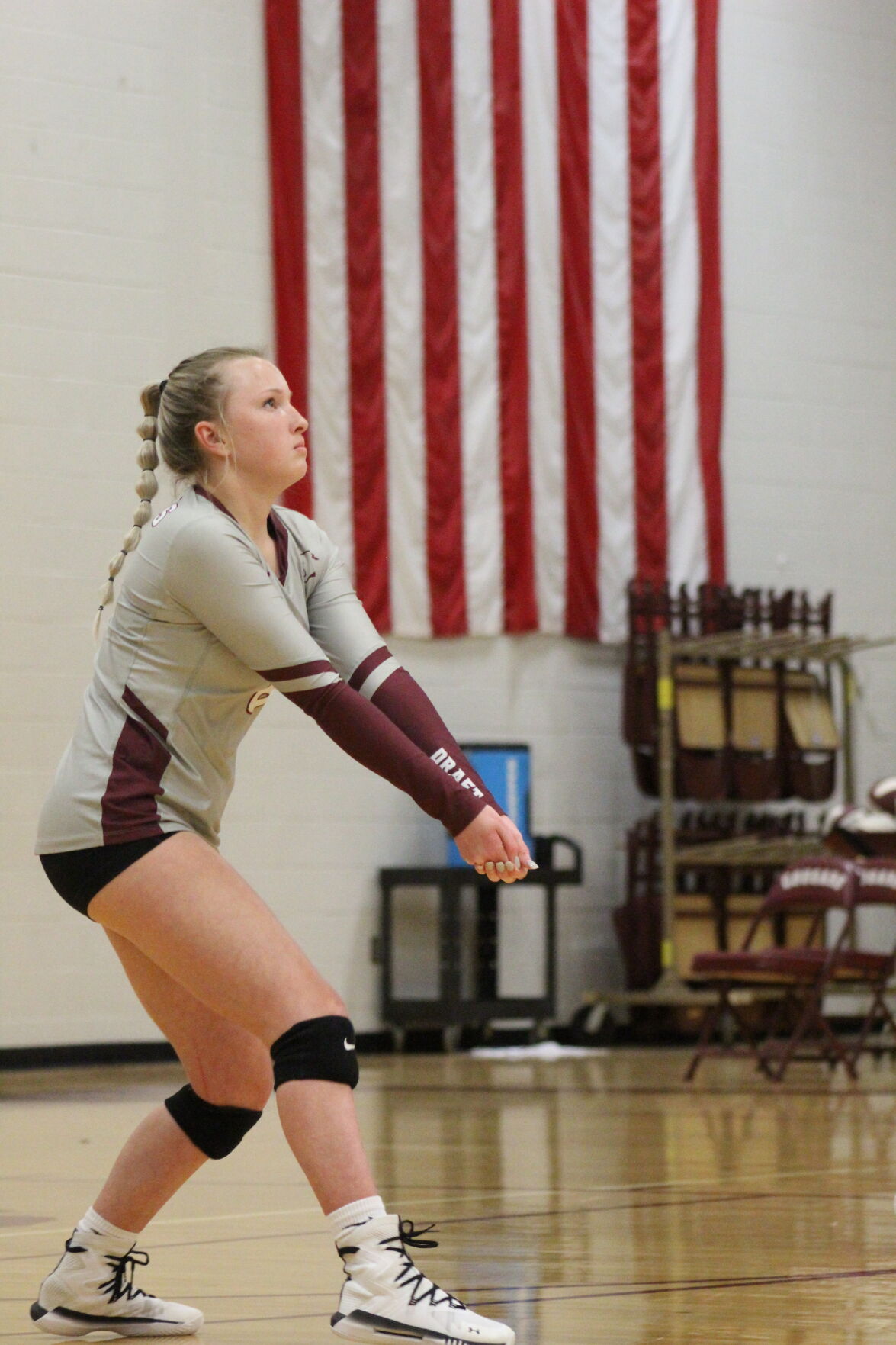 STUARTS DRAFT — Riverheads kept rolling as the Gladiators notched their sixth sweep of the shortened season against Stuarts Draft on Thursday night in Shenandoah District action to end the regular season for both teams.

The Gladiators rode strong hitting and put in a solid defensive effort to pull off a 25-12, 25-22, 25-11 win over Stuarts Draft as the postseason approaches. Aside from a pair of losses to top-seeded Fort Defiance, Riverheads (8-2) has enjoyed a successful season after a slow start caused it to start a week later than other area programs.

“It’s the very end of the season and you want as many wins under your belt as possible for the postseason,” said Riverheads head coach Nyssa Stapleton. “Luckily, we got this done in three and we get to push on and stay focused for regionals.”

Riverheads came out the gates swinging, as junior Dayton Moore ran all over the court to set up the Gladiators big hitters en route to her 43-assist performance.

Four kills and a pair of aces by senior Sydney Phillips gave the Gladiators a cushion that Stuarts Draft would be unable to recover from. Freshman standout Amelia Tomlinson provided a handful of kills in the opening set, including the clinching swing.

“She [Phillips] came out amped up,” Stapleton said of her upperclassmen’s play. “Every single one of the girls had a good warm-up. She’s there defensively, offensively and she attacked and put it down when she needed to.”

Riverheads began to grab a lead once again in the second set, but the Cougars had no intention of going down easily. After being down four, Stuarts Draft rallied and an ace by sophomore McKenzie Tillman knotted the set up at 11. From there, the teams went blow-for-blow for the following 10 points.

Some miscues from the Cougars late allowed Riverheads to inch ahead, and they took full advantage. After an errant return by Stuarts Draft, Tomlinson laid down back-to-back kills to close out the tightly contested set.

The two teams exchanged points to open the third set, but the Gladiators quickly began to pull away. Stuarts Draft elected for a timeout down 12-8 to attempt to steady the ship, but Riverheads smoothly closed out the third set to seal the victory with little drama.

Riverheads now looks ahead to the postseason. The Gladiators have locked up the No. 1 seed in Region 1B and will play either Altavista or Cumberland at home next Tuesday. They look to build upon their previous postseason success, making the Class 1 state title game in both 2018 and 2019.

“We’re excited,” Stapleton said. “Even though this season is faster, we feel like it’s been dragging because we’re itching to get there. We’re finally here, so they’re amped and excited to give the postseason a shot.”

Stuarts Draft, which did not qualify for the Region 2B tournament, finished the season 4-8 overall and 3-7 in district play.

Riverheads breezed to its third straight Region 1B volleyball championship Thursday night as the Gladiators dismantled the Rappahannock County Panthers.

On Friday nights, the Riverheads’ cheerleaders encourage the Gladiator football team and the crowd there to support them. On Saturdays nine of them compete for their own championships.

Riverheads has been itching to get the volleyball postseason started for a few weeks, and the Gladiators didn’t disappoint when the time arrived.

Riverheads' Amelia Tomlinson bumps the ball over the net to the Cougars on Thursday in Stuarts Draft.

Riverheads' Eva Frederick hits the ball over the net Thursday against the Cougars in Stuarts Draft.

Riverheads' Amelia Tomlinson celebrates a point Thursday against the Cougars in Stuarts Draft.