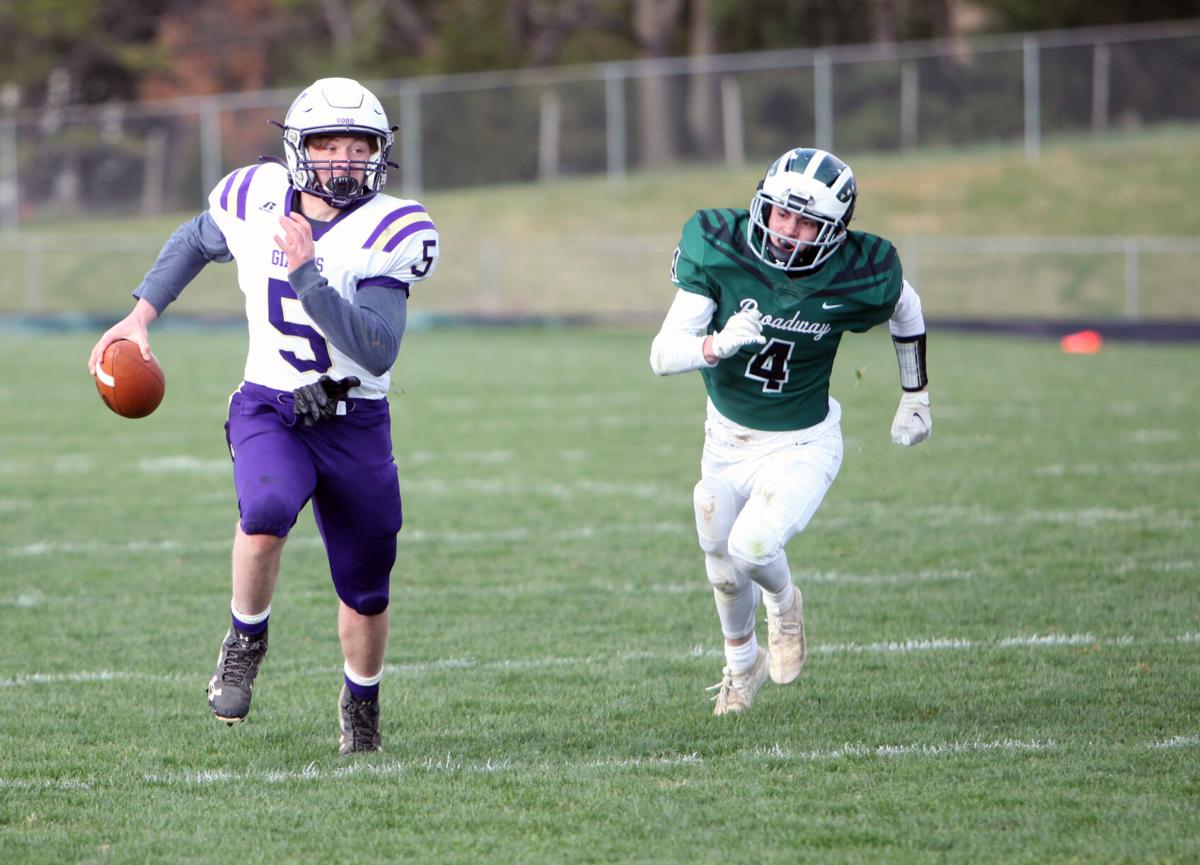 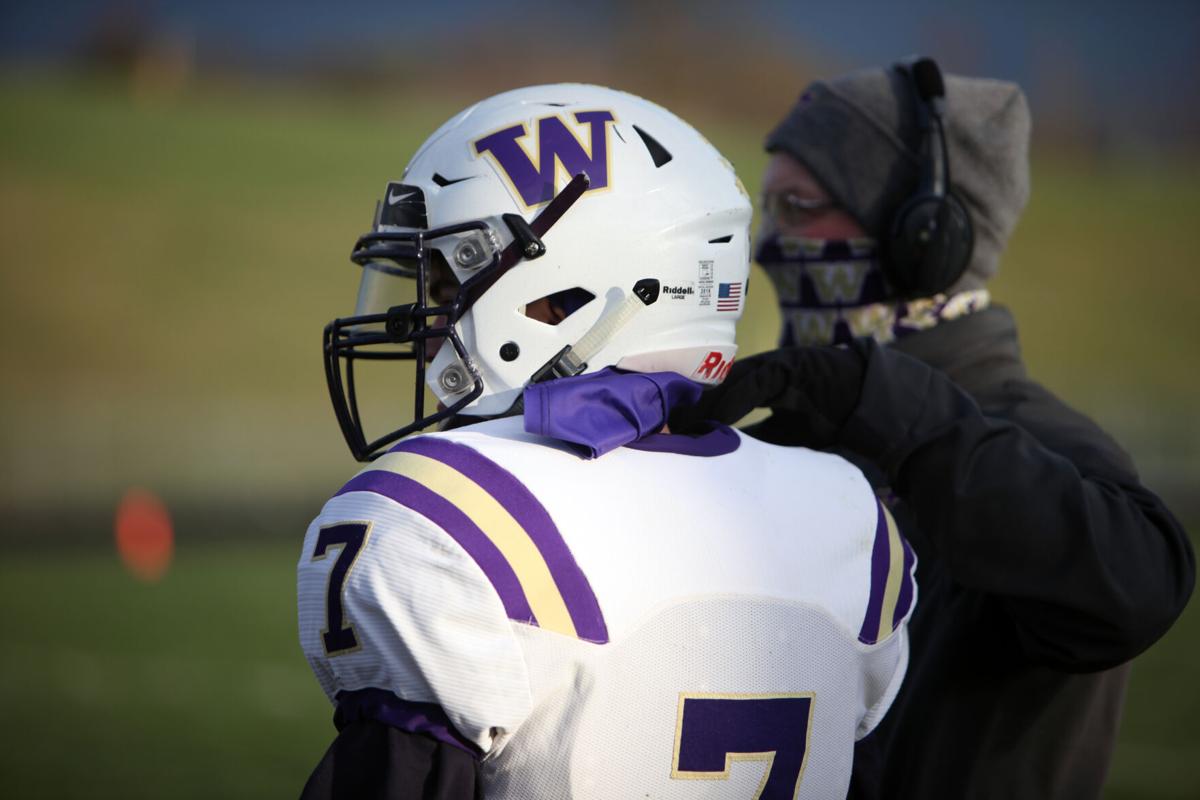 Waynesboro's Skylar Carson stands on the sideline during Thurday's game against the Gobblers in Broadway. 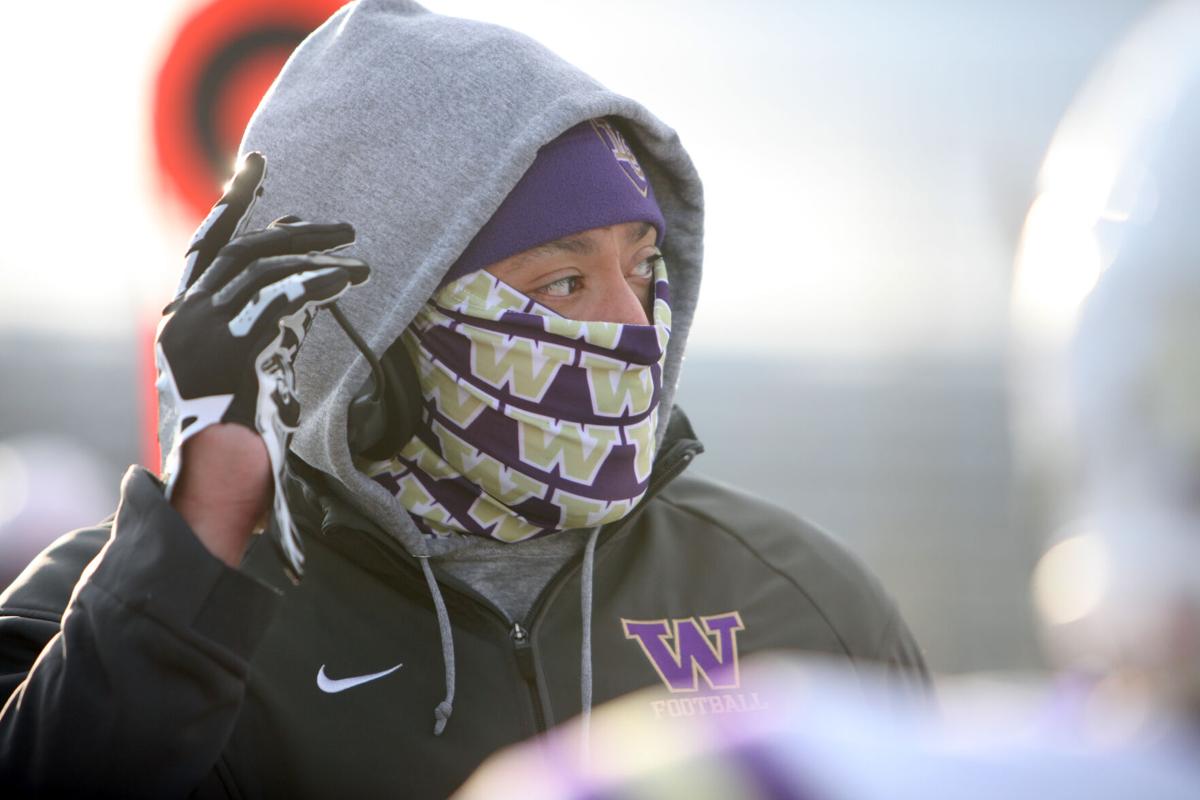 Waynesboro coach Brandon Jarvis watches the game Thursday against the Gobblers in Broadway.

It’s a tough loss for the Little Giants, who played a lot tougher than the scoreboard indicated.

“We came out pretty flat in the first half,” Waynesboro coach Brandon Jarvis said. “We couldn’t move the ball very well on offense. Our guys weren’t ready to start. We had to get them going. I thought we played much better in the second half. A couple bad mistakes in the second half kept us from keeping the momentum there, but it all boils down to the slow start in the first half.”

The game featured several different weather patterns, ranging from sunny and cold to outright snowstorm. In a snow-filled first quarter, the Gobblers were able to find the end zone twice.

Bryce Suters scored from 6 yards out to put Broadway up 6-0 after the extra kick failed in the snow. With time closing out in the first stanza, Landen Stuhlmiller ran it in from 2 yards out. Suters was successful on the 2-point conversion. The Gobblers’ 14-0 lead was also the score at the half.

Waynesboro had two opportunities to score from the Broadway 1 in the second quarter, but the Gobbler defense was able to hold.

“That was a big play,” Jarvis said. “It was a great job by their defense. It was a big goal line stand. It’s one of the series we wish could have back. Maybe if we punched that in it’s a whole different ball game.”

The only score of the third quarter was a Broadway safety.

The Little Giant defense forced four Gobbler turnovers, but the Little Giants couldn’t convert the turnovers to points until midway through the fourth quarter.

The next play after Waynesboro forced a fumble, quarterback Michael Smith found Ryan Barbour on a delayed screen, and Barbour scored from 52 yards out. Smith then found Ty’Shawn Gamble for a 2-point conversion to bring the Little Giants within one score, 16-8.

Broadway responded with a long scoring drive, with Lucas Benavides kicking a 28-yard field goal to give the Gobblers a 19-8 lead with 4:46 remaining for the game’s final score.

“I really love this group of kids,” Jarvis said. “Any chance we get to have this team be around each other one more week, we’re going to take advantage of it. I told them at the end we have one more week with this team. The fall will be a completely different group of guys.”

Waynesboro's Skylar Carson stands on the sideline during Thurday's game against the Gobblers in Broadway.

Waynesboro coach Brandon Jarvis watches the game Thursday against the Gobblers in Broadway.