Get the daily forecast and severe weather alerts in your inbox!

Tuesday is the first day of astronomical winter, the winter most of us are familiar with, the one we learn in school and find on our calendars. It begins with the winter solstice, the moment when the Northern Hemisphere is titled the farthest away from the sun. As seen from the ground in Richmond, the sun reaches only 29° above the horizon at its highest point that day.

This differs from meteorological winter, the climatologically three coldest calendar months of the year. For most locations in the Northern Hemisphere, that is December through February. Defining meteorological winter makes long-term climate record-keeping easier, as the precise time of the winter solstice varies from year to year.

The solstice is effectively instantaneous, like a pendulum pausing at its apex, and then we slowly begin the six-month trip back toward astronomical summer in June. This year in Richmond, the winter solstice occurs at 10:59 a.m. on Tuesday and marks the day with the shortest amount of daylight from sunrise to sunset: 9 hours, 34 minutes and 14 seconds.

But that does not mean the solstice is the date with latest sunrise and earliest sunset. There are nuances in Earth’s orbit that keep that from happening.

Our orbit around the sun is not a perfect circle — it’s an ellipse. Ironically, Earth is closest to the sun in early January and farthest from the sun in early July, but the change has little impact on the overall temperature of Earth, as it is small relative to the huge average.

Due to gravity, Earth travels faster in its orbit when closer to the sun, meaning it also travels farther in 24 hours. As a result, Earth has to spin on its axis a little bit more before we see the sun return to its highest point in the sky from one day to the next, a point known as solar noon. It’s not a lot more than 24 hours, only about eight seconds.

Another geometrical feature this time of year drives our clocks out of sync. Think about a basketball. When you spin it, the surface of the ball near the middle has to turn faster than the top of the ball to complete one rotation. The effect also holds true as Earth spins on its axis.

Now think about the longitude lines you see on a globe. Those lines are farther apart at the equator than at the poles. When Earth turns on its axis during the solstice, each hemisphere has its maximum tilt toward (or away from) the sun, so the apparent angles between the sun and the longitude lines are larger.

As a result, extra time is needed for the same point of longitude to reach solar noon from one day to the next. But it’s not perceptible in our day-to-day activities, only adding about 21 seconds to the calendar day.

Adding these two effects adds about 30 seconds from one day to the next around the time of the winter solstice. That time does add up, but some of it is given back once Earth returns to spring and fall seasons, and neither hemisphere is tilted toward the sun.

Need some visuals to help? See the 3-minute video from the people at Minute Physics.

Get the daily forecast and severe weather alerts in your inbox!

Hurricane season starts on June 1, and like the last two seasons, it is expected to be busier than normal.

Listen to Across the Sky podcast; episode 5 coming soon!

🎧 Do you ever find yourself tuning out severe weather alerts? We touch on the subject this week!

Waynesboro folks should be prepared for high temperatures. It looks like it will be a balmy 80 degrees. A 59-degree low is forecasted. How lik…

May. 9, 2022 evening weather update for Waynesboro 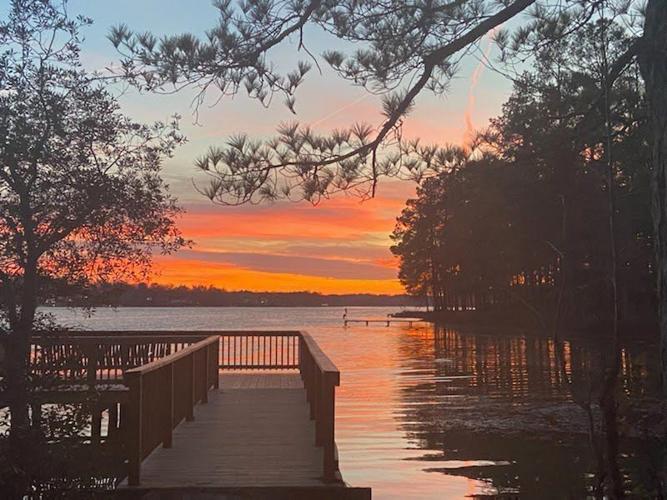 The sun set over Swift Creek earlier this month. 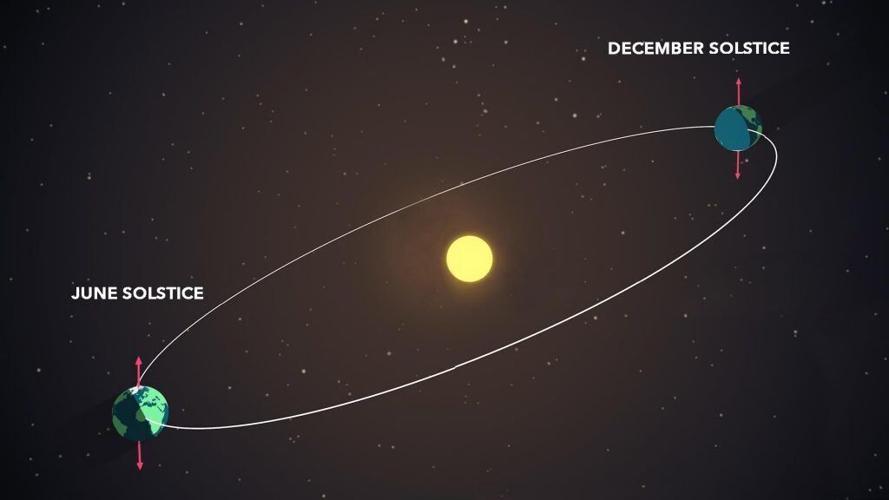 Orientation of Earth during the June and December solstices. (NASA) 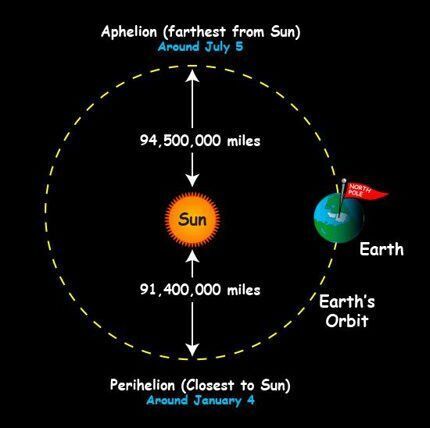 Relative difference in Earth’s distance from the sun at its closes and farthest. (NASA)